Charlotte is a Japanese anime television series that was released in 2015. It is a comedy-drama with characters having supernatural powers. It is produced by P.A, Works, and Aniplex, directed by Yoshiyuki Asai. Season 1 … 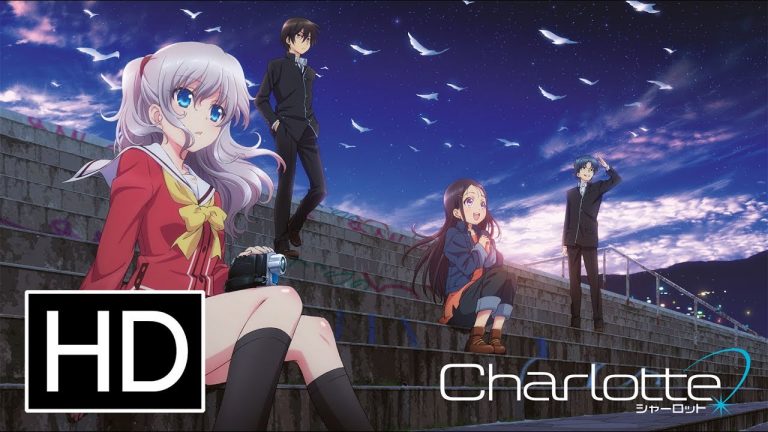 Charlotte is a Japanese anime television series that was released in 2015. It is a comedy-drama with characters having supernatural powers. It is produced by P.A, Works, and Aniplex, directed by Yoshiyuki Asai. Season 1 of the anime series had aired a total of 13 episodes in Japan from July 5 2015 to September 27, 2015. It is a huge success among anime fans as it defies the “moe anime” stereotype. Season 1 garnered an impressive viewership and fans loved it. But is there any confirmation about Charlotte season 2? This piece of article will take you through all details about this anime series.

The story revolves around four adolescents with supernatural powers and how they deal with them. It all starts with an alternative reality where a short-period comet called Charlotte passes the Earth once every 75 years. During this, it spreads some dust onto the Earth and when that is inhaled by pre-adolescent children, a small percentage of them develop certain supernatural powers by the time they hit puberty.

There are basically four central characters- Yu Otosaka, Nao Tomori, Jojiro Takajo, and Yusa Nishimori. The protagonist Yu Otosaka is a teenager who has the ability to temporarily possess another person for five seconds. He unexpectedly crosses paths with a high school girl, Nao Tomori. She can make herself invisible to a specific target. That is when he realizes that there are others like him too. Nao forces him to transfer to Hoshimoumi Academy where students with such powers study. He joins the student council and there he meets Jojiro Takajo, who can move at uncontrollably high speed.

Hoshinoumi Academy’s main aim is to protect all those teenagers with supernatural abilities and keep them safe from other organizations that can exploit their abilities. The student’s council warns the students to use their ability carefully not to cause any harm and about the dangers, it pertains to. Another girl, this time with the power to channel the spirits of the dead as a medium joins the academy.

Unfortunately, Yu’s younger sister Ayumi possesses the ability to cause anything around her to suddenly collapse and this leads to her own death. shocked by this incident, Yu suffers from depression and isolates himself. But Nao helps him and makes his return to the student council. Later Yu along with Nao attends a post-rock band concert and there he gets back the memories of his brother Shunasuke whose power is time traveling.

It is then revealed that it was actually Shunasuke who build the Hoshinoumi Academy as he could see the past as well as the future. He saw the future and figured out that children having supernatural powers can get several complications. So he went to the past and build the Academy to develop a vaccine that would stop the spread of these powers among children.

However, over time Shunasuke becomes blind due to repeated use of his power. At the same time, Yu discovers a new feature of his ability- he could also steal a person’s abilities by possessing them. In an attempt to get his sister back, Yu takes Shunsuke’s ability and goes back in time to steal Ayumi’s collapse ability before she can use it.

But perhaps, more challenges were waiting ahead for Yu and his friends. Nao and one of Shunasuke’s closest friends, Kumagami get kidnapped by a terrorist group and are held hostage in exchange for Yu. Yu tries to save them but indeed fails and as a result, Kumagami dies. Yu gets severely injured. Yu regrets it and promises to protect the rest of the ability bearers around the world by stealing their powers.

As planned Yu sets to travel the world but unfortunately after a point of time the more powers he takes, the more his health starts deteriorating. It starts taking a toll on his mental health and slowly he loses his memory and sense of self. Finally, he successfully steals all the abilities but ends up losing his entire memory before collapsing.

Shunsuke comes to his rescue and brings him back to Japan. Everyone tries their best to help him recollect his memories. Nao tells him that she is his girlfriend. As nothing works, Yu’s friends look forward to making new memories with him.

Season 1 of this series ended on a cliffhanger leaving the fans anxious and excited to see what happened to Yu and Nao’s relationship and the future of all the teenagers who were saved. Charlotte also received an original Special after Season 1, which served as a side story to the main TV anime. So this might mean that there are possibilities for Charlotte season 2 but nothing has been announced yet.

If there will be Charlotte season 2 then it will probably have a fresh storyline or can also be a continuation of season 1. The fact the season 1 did not exactly have a loose ending makes it difficult for us to assume about the next season.

Is there a Charlotte Season 2?

No trailer is available for the second season of the show yet since it has not been renewed for a second season.

Is the Charlotte Season 2 over?

Does Charlotte Season 2 have a sad ending?

No, it’s not a sad anime. It ends on a good note but there are a few episodes that will make you feel bad for the characters.

It has a bit of romance but the main plot doesn’t really revolve around the said love story. It is grand and very very mind-blowing. It’s an anime for people who wants to laugh and cry at the same time.