It is a sci-fi Canadian-American television series Travelers based on time traveling and saving the world ahead of future dangers. The nail-biting suspense and actions in each episode are what made it a successful series … 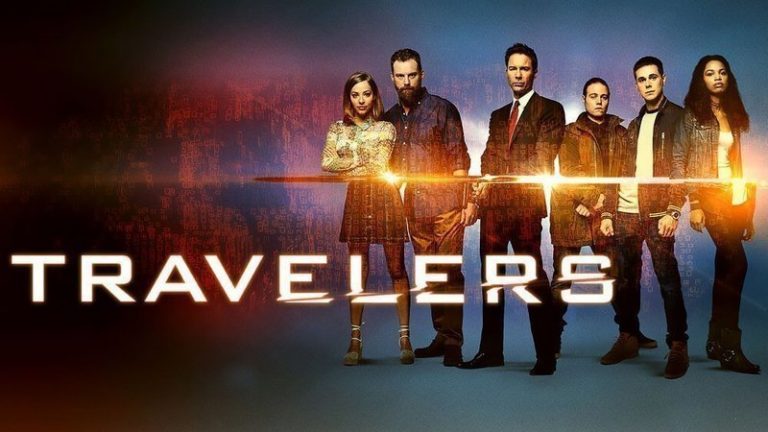 It is a sci-fi Canadian-American television series Travelers based on time traveling and saving the world ahead of future dangers. The nail-biting suspense and actions in each episode are what made it a successful series after its premiere. It was an international co-production between the Canadian specialty channel showcase for the first 2 seasons and popular streaming service Netflix.

The first season premiered on 17 October 2016 in Canada followed by the second season on 16 October 2017. And the much-awaited third season was released on 14 December 2018. It was premiered for the entire world on Netflix on 23 December 2016. It was created by Brand Wright and produced by Eric McCormack. The first two seasons have 12 episodes each and the third season has ten episodes only.

Travelers is a show based on a post-apocalyptic future in which thousands of special agents better known as ‘travelers’ are given the responsibility of saving society from collapsing. It is a team of five members who travel back from a dark future guided by a mysterious ‘Director’.

These have their consciousnesses sent back in time and transferred into the “host” body of present-day individuals of the same gender who would otherwise be moments from death, to minimize the unexpected impact on the timeline. For the transfer, the exact location of the target should be made possible by 21st-century smartphones and GPS that will provide elevation, time, latitude, and longitude coordinates that are archived for use in the future.

Each team has a pair of soldiers, one leader, a historian, and a doctor. They secretly work on their mission while living the life of their host. These must-have a well-researched knowledge about their hosts and their past life to blend in properly.

The mysterious director instructs them to do all the tasks and keeps an eye on them from the future. He has a unique way of communicating with the team of Travelers and that is through pre-adolescent children as messengers. Travelers have to keep certain ground rules in mind to protect the timeline. In fact, often use a phrase- “No plan survives contact with the past.”

NETFLIX SERIES RENEWED OR NOT

The popular show is lightly based on science and is more focused on time travel. Sadly for the fans, the producer of the show Eric McCormack, announced in February 2019 that Netflix has canceled Travelers season four. Although it had a good amount of fan base for seasons one and two, the new season won’t be renewed.

They did not give a concrete reason for the cancellation but it seems that it is failed to garner enough audience to make more seasons. Or there might be some other reason related to the production. It was shocking news for the ardent know followers that after a bashing successful season 3 of the sci-fi show there won’t be any further seasons.

The creator of Traveler, Bras Wright tweeted a thank you note and expressed his gratitude by thanking all the involved producers, directors, writers, and the entire cast and crew for making such a wonderful show. He even mentioned Netflix not revealing the actual reason behind it but it was a great journey overall for him. So the show ends with three amazing seasons(2016-2018).

It got a wonderful response from most of the fans. Many said that the show was so addictive that it was worth binge-watching because of all the suspense and thrill. It has a great attention-grabbing storyline that urges people to watch it. Reviews say that each episode is worth the time and interesting characters make them even better.

Unlike many shows where the story becomes boring or gets dragged after a few seasons, all three seasons of this get better one after another and do not lose the main essence of the show. With each episode, there are more surprises and twists.

Season three also got a flattering response from fans as it has a breathtaking plot with a mixture of the format of the previous two seasons. The ending episode left the fans amazed. Its serialized continuation of last season’s finale in the premiere was very much appreciated. The thing that people loved most about this is that the storyline is consistent, time-bound and there is no unnecessary addition of other elements in it.

Frequently asked questions about this show:

Are Travelers worth watching?

Definitely worth watching. I first picked it up because it was a Brad Wright production and I was coming off a binge of early SG1 episodes hoping for his signature “team” character interaction. … The sci-fi premise is an interesting one and the character development starts slow but matures well.

Do we ever see the future in Travelers?

Do Travelers end on a cliffhanger?

Yes, the story wraps up all of the storylines. There is no cliffhanger, but you will be left to make your own conclusions about what it means for the future.

What happened to Simon in Travelers?

For Traveler 5069, his adverted death was classed as attempted suicide from being run over by a train. In reality, it was Traveler 001 who put him on the train tracks, tricking him into believing that it was the machine where his consciousness would be transferred until it was too late and he was run over by a train.
Read more articles like this-

Made in ‘Abyss’ season 2 is coming soon to you: to know more about it keep reading, you will know about the story, casts, and release date