Banana Fish is an anime television series that debuted in 2018 adapted from the famous 1995 Japanese Manga of the same name by Akimi Yoshida. It is a very popular anime that revolves around harsh … 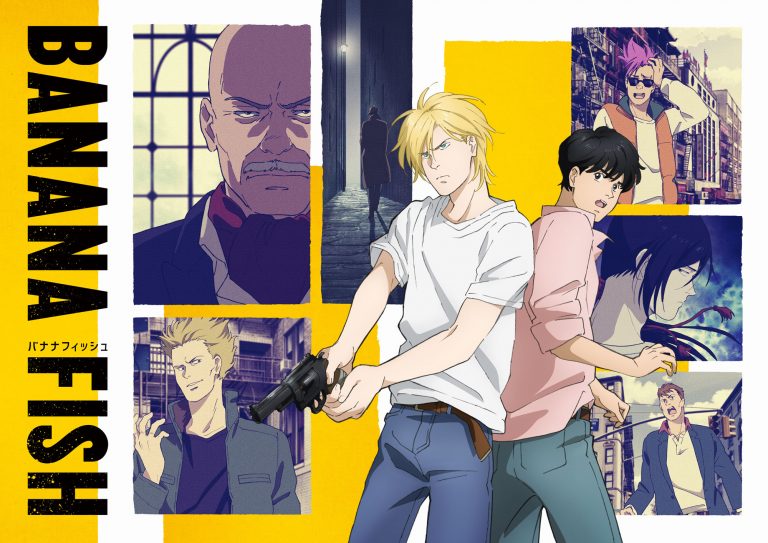 Banana Fish is an anime television series that debuted in 2018 adapted from the famous 1995 Japanese Manga of the same name by Akimi Yoshida. It is a very popular anime that revolves around harsh but delicate topics like child sexual abuse.

It is an action-packed, violent, and bloody series throughout all episodes. The most unexpected twist in the series was the death of the Protagonist, Ash Lynx Death. This piece will look into what lead to Ash Lynx death and all the details.

BANANA FISH PLOT AND WHO IS ASH LYNX

The series is about the relationship that follows between a 17 years old gang leader in New York City, Ash Lynx, and a Japanese photographer’s assistant, Eiji Okumura.

Since the original manga was set in 1980, a few changes about the present times were accommodated such as modern references about smartphones and mentioning the Iraq War instead of the Vietnam War. Ash Lynx was born in the town of Cape Cod and was pushed into the world of horror and abuse at the age of 7.  He did not have a pleasant childhood as he was sexually molested by his Little League coach, a veteran who was a highly respected person in the town.

Ash’s father knew about it but he let it happen for the sake of money. However, when things got out of control and the coach started hitting Ash, his father tried complaining but the police, in turn, blamed Ash for seducing him. Ash killed his coach when he was 8. But things were not over for him. Ash ran off to New York where his life turned into a complete hell from what he had already suffered when he meets Dino Golzine.

Dino Golzine, also known as “Papa Dino”, is a crime boss of the Corsican mafia who is also a child molester and murderer. His two most malicious crimes have to be his sexual abuse towards children, and the facilitation of banana fish, a drug capable of putting the user under hypnosis and mind-control.

He raises Ash with all the luxuries, gets him the best tutors and top military agents to training him in combat so that someday he might inherit Golzine’s title and lead the mafia.

Whatsoever, Ash tries to escape his claws to get rid of the constant abuse and tries to defy Golzine by joining the rival gang. But all goes in vain as that gang is also under Golzine’s control and the members give hit orders without Ash knowing.

Ash finds a dying man in an alleyway holding a capsule with some sort of substance in it, which would later be revealed as banana fish. That is the first time when Ash has leverage against Golzine. He then uses the amount of Banana Fish in his possession to his advantage and thus begins a long war between Ash and other members of Golzine’s mafia.

Much to the fans’ dismay, in the final 24th episode of Banana Fish anime, as Eiji leaves for Japan, Ash reads the letter that Eiji left him while walks towards the library. Everything seemed to be fine until Ash gets stabbed.

In the manga, Ash reaches the library wounder and continues to read the letter and he finally dies bleeding out there. However, the anime had quite a loose ending, that is, it was not clearly shown if Ash had actually died. It is for the viewers to assume that he is dead.

WHO WAS RESPONSIBLE FOR ASH LYNX DEATH?

Lao was one of the gang members who know is responsible for Ash Lynx Death. Ash Lynx Death was a sheer case of misunderstanding as he thought that Ash had intentionally killed his leader, Shorter, and further assumed that Ash will also kill his little brother Sing. Apparently, Lao was not aware of the truce between Ash and Sing and the fact that they decided to fight. To protect his brother he stabbed Ash.

Despite getting stabbed Ash shoots Lao and goes to the Library in a bleeding state to finish reading Eiji’s letter. After a while, he rests his head on it, and the series concludes. While the ending is left open, it is assumed that Ash Lynx Death.

It was disappointing for the fans as everyone was finally getting a happy ending in the show but the leading character died. Some people believe that this could have been easily avoided with one conversation with the testimony of multiple eyewitness main characters could have cleared the air and resolved the conflict long before the moment of Ash Lynx death.

To others, it seemed more like a metaphoric ending based on the theme of the show that No matter how hard he tries, Ashcan never escapes the things he’s done and the things that have been done to him.

Did you like to know about Ash Lynx Death? Let us know in the comments!

In the manga, after being stabbed, Ash goes to the library to continue reading Eiji’s letter and dies by bleeding out there. In the anime, his status is known, and the ending is left open, as proven by MAPPA. However, according to the source material, it is assumed that he has indeed died.

Why did Ash Lynx let himself die?

That’s pretty much what Ash does, he chooses to die so that Eiji will forever be safe from violence. And overall, it reinforces how much he loves Eiji and how little he values himself.

Eiji tells Ash, “My words might not mean anything now, but just remember one thing. … In Banana Fish, Garden of Light, Sing explains to Akira Ibe that to his knowledge, Ash and Eiji didn’t have a sexual relationship but loved each other the way lovers do.
Read more articles about:

Any Idea About Benny Soliven age? When Was This YouTuber Born? Get All Updates About His Life| Plot| Family| Career and Much More!!!

Gate Season 3, Release Confirmed? what can you expect in the upcoming installment. Everything we know so far