Black Bulls members are a group of people who are unsystematic and are often calling out problems for themselves in Black Cover founded by Yami Sukehiro. Let’s have a look at the members of the … 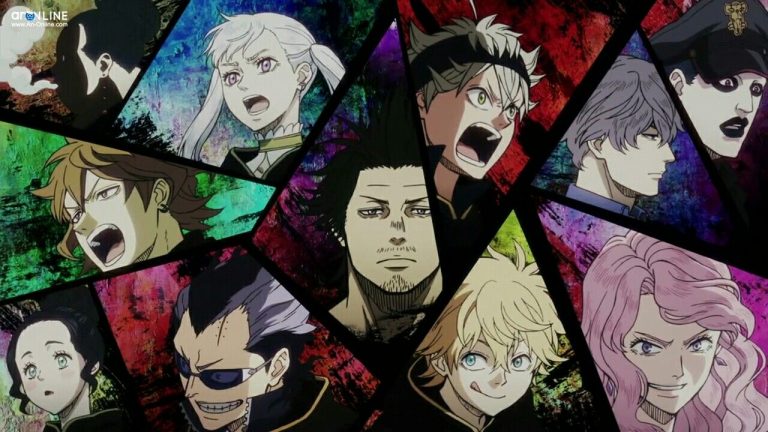 Black Bulls members are a group of people who are unsystematic and are often calling out problems for themselves in Black Cover founded by Yami Sukehiro. Let’s have a look at the members of the black bulls based on their ranking starting from highest to lowest.

Black Bulls members: This character is the caption and considered the most powerful amongst all of the others. Yami can easily manipulate and manage magic with his abilities. He has developed various skills and was successful in acquiring each one of them. He can use the terrifying attacks and is capable of defeating the strongest of all.

The advantage that Yami Sukehiro has is the ability to increase his features like speed and strength. He is also a swordsman master.

Black Bulls members: Asta wasn’t privileged with magic but he surely had a magic skill. His body serves him to defend the magical swords and to avoid magic on him. Even though he doesn’t have the magic skills he is so powerful. He has access to a few of the swords. He can also be stated as Wizard king.

Black Bulls members: Noelle Silva is a junior Magic Knight. She is royal. Her strength is water magic. She faced issues regarding the control of magic. Asta and the members of the black bulls have helped her in managing her magic. She can cast powerful spells. Valkyrie armour is what she uses many times.

Black Bulls members: Charmy Pappitson is a Magic Knight junior. She is a hybrid of dwarf and human. This is an advantage for him as she gets two variants of magic which are cotton and food. Food magic seems more interesting and powerful as it can allow her to get access to other magic. She is unpredictable and her powers are hard to defeat.

Black Bulls members: Luck Volta is Magical knight Junior (5th class). There was nothing extraordinary about him except for his urge for battles. He was an amateur in magic and joining black bulls did a lot of good to him. His speciality is in lightning magic. He also uses it to increase his speed. He is the most aggressive fighter.

Black Bulls members: Secre Swallowtail was initially a servant. He looked after Asta in the form of an anti-magic bird. While the demons were back, she got back to her original form and joined the members. Her strength lies in sealing magic which involves opening and closing of magic or anything. Another great feature she possesses is her healing ability.

Black Bulls members: Gauche Adlai is a Magic Knight (Junior- 1st class). He belongs to a noble house. Unfortunately, he lost his parents in an accident. His wealth was stolen by other family and Gauche along with his sister got into a terrible condition. After an invite by Yami, he joins the Black Bulls. His speciality is in mirror magic and he can reflect energy. “Mirror Refrain” can be proven destructive.

Black Bulls members: Henry Legoland is a Junior Magic Knight (5th class junior). He has the ability to absorb any magic close to him. Though, he is weak physically and feeds on magic to stay alive. He also knows how to use recombine magic which is a beneficial magic skill. His versatile nature and magic powers make him the best one on the ground.

Black Bulls members: Magna Swing speciality is fire magic. To the surprise of everyone, he joined the Black Bulls. He can produce fireballs and bat. His attacking skills are powerful. His team with other members enhances his powers and ability.

Black Bulls members: Zora Ideale is a Magic Knight (3rd class). His speciality lies in controlling ash magic. He hated nobles because of the incident that took place with his father. He has the ability to perform trap magic and analysis. He has is a smart and experienced person who can lay deadly traps and defeat the opponent.

Black Bulls members: Gordon Agrippa has the ability to manage the magic of poison. He is a strong member who has lived his life alone. Poison magic has done wonders in battles. He has well-versed knowledge about curses.

Black Bulls members: Vanessa Enoteca is a witch who has an extremely powerful ability to manipulate the battles. She was Witch Queen’s favourite. This led her to end up in a prison and because of Yami, she joined the members. She is a great supporter and can control the situation gracefully.

Black Bulls members: Final Roulacase controls the transportation department. He can create routes and portals. He doesn’t have any other speciality or ability of magic. He is also among the supporters and off ground member who helps the other members during the fight.

Black Bulls members: Grey’s looks are not justified to her personality and character. She wasn’t that scary as her looks showed. In reality, Grey is a cute and innocent girl. Her greatest ability is to transform things into whatever she wishes. She has a versatile character yet doesn’t possess many powers, unlike the others. Although, she’s a perfect partner.

Q: Who are the Black Bulls?

A: It’s a squad of Magic Knights.

Q: Who is the highest-ranked member?

Q: When was Black Cover released?

I hope this was helpful. That’s all about Black Bulls members. Stay tuned to know more about your favourite shows!!!