Who is Alexandra Cooper? Get Insights of everything about her Family | Career and Relationships

Alexandra Cooper is best known for her podcast show “Call Her Daddy” with co-host Sofia Franklyn. She is an American blogger, Youtuber, and podcaster who lives in Newton, Pennsylvania. Recently Spotify has made an exclusive … 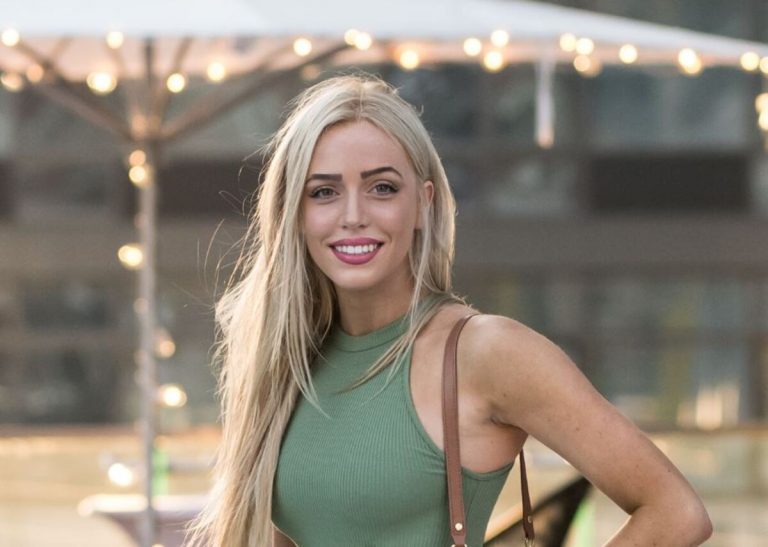 Alexandra Cooper is best known for her podcast show “Call Her Daddy” with co-host Sofia Franklyn. She is an American blogger, Youtuber, and podcaster who lives in Newton, Pennsylvania. Recently Spotify has made an exclusive deal with her podcast. But there is more to her life apart from her podcast.

Alexandra Cooper was born on August 21 1994 to Bryan and Laurie Cooper. She was born and brought up in Newton, Pennsylvania.  Her father used to play hockey at the University of Wisconsin. She has two siblings- a sister named Kathryn and a brother, Grant. She did her schooling at Pennington High School.

Her competitive athletic skills got her a scholarship for Boston University where she played for the division 1 women’s soccer team as the captain for a while. Alexandra led the team to four MCT Championships and won the Prep-A title all four seasons.

Eventually, besides sports, Alexandra developed an interest in content creation and soon she became a social media star.

Not long after passing out from college, She worked at Comcast in Hartford as a stage manager in 2013. She then began working as a production assistant at NBC Sports in Princeton, New Jersey in December 2013. After a year in 2015, while working at the events and conferences office in Boston University, she was also a client success manager at Social Vantage and as a sports intern at Whdh Channel 7.

After a variety of jobs for a few years, Alexandra finally started creating content as a vlogger on her YouTube channel with the same name that has almost 3o4K subscribers. However, she rose to fame only after the launch of her podcast “Call Her daddy” on October 3, 2018, with her best friend and roommate Sofia.

“CALL HER DADDY”- JOURNEY OF SUCESS

Initially, they signed a three years deal with Barstool Sports. The show garnered a lot of attention as Alexandra and Sofia mainly addressed sexual topics. They discuss everything related to sex, explicit stories, and give sexual tips or advice. The show intends to create a more comfortable space to talk about such sensitive topics. No wonder why it has millions of listeners worldwide.

The thought of this show hit them when Alexandra had gone to a bar with her friends at the South by Southwest art and music show in Texas. There they started talking about sex and many people in the bar joined in. In fact, one of them even remarked how they could make a  good show.

However, after a humble year of partnership, Alexandra and Sofia started drifting apart due to disagreements regarding their work contract. When they had started at first, both were paid equal salaries. But things changed between them when Alexandra got a raise and she did not even tell Sofia about it.

Further things when downhill when Sofia’s boyfriend and HBO Sports EVP Peter Nelson convinced Sofia and Cooper to renegotiate their contracts. Barstool Sports rejected those negotiations and instead offered a new contract that gave higher salaries and control over intellectual property to pair.

Alexandra Cooper agreed to the new terms but Sofia seemed to be displeased. She asked for more money. Franklyn hired a new agency and planned to present an offer to Barstool Sports’ management. So Alexandra stated in one of her YouTube videos following this incident that she will accept the offer and move on even if that meant that she has to split with Sofia.

Sofia posted an Instagram story to bring her side of the story to the world. She said that if Alexandra would not have deceived her then the situation would have been entirely different.

As of May 2021, “Call Her Daddy” posted an episode titled ‘season finale’ causing panic among millions of fans. The daddy gang assumed that the podcast would end after all the drama that followed. But too much of their relief, Alexandra assured her fans with a post saying that the episode is “season” finale and not “series finale” and that she will never leave them. So fans don’t need to worry because Alexandra will be back with new episodes maybe after a vacation.

To make things more exciting, Spotify has landed a multi-year deal with Alexandra Cooper for her hit podcast as a part of which now Spotify has exclusive rights for all the future episodes of “Call Her Daddy”. All the existing and new episodes will be available for free for listeners from July 21.

Alexandra Cooper is rumored to be dating baseball player Noah Syndergaard. They were first spotted together in public during a Knicks game courtside. It is said that they have an on and off the relationship and were last seen together in December 2017 between the Knicks and the Grizzlies.

While Alexandra shies away when asked about him, Noah tweeted that baseball was his ‘significant other.’ Seems like they were just good friends who bonded over a Knicks match.

What happened to Alexandra Cooper and Sofia?

After Sofia threatened Alex with negotiating in bad faith in an attempt to gain access to the IP of Call Her Daddy, Alex made a unilateral and lasting decision. The duo would split; their goals were far too divergent to reconcile. Reaching out to Portnoy, Alex accepted the initial offer and left Sofia out of the fold.

How did Alexandra Cooper and Sofia Franklyn meet?

Alexandra Cooper and her Call Her Daddy co-host, Sofia Franklyn, met through a mutual friend. While the two were on vacation in Texas, they began having an open conversation about sex. The conversation ended up drawing a crowd and several people suggested the pair start a podcast.

Sensational YouTubers Dan and Phil Married or Dating? Who Are They? Get Details About their Life, Sexuality, Relationships, Careers, and Everything!!!

Who Is Pat Sajak’s Wife? Know Exciting Details About Lesly Brown and Her Lifestyle | Career| Family and Everything