Who Is Pat Sajak’s Wife? Know Exciting Details About Lesly Brown and Her Lifestyle | Career| Family and Everything

The “Wheel of Fortune” host Pat Sajak is not only a multi-talented TV host, radio, RJ and weatherman but also a happy-go-lucky family man is who better than ever with his wife Lesly Brown and … 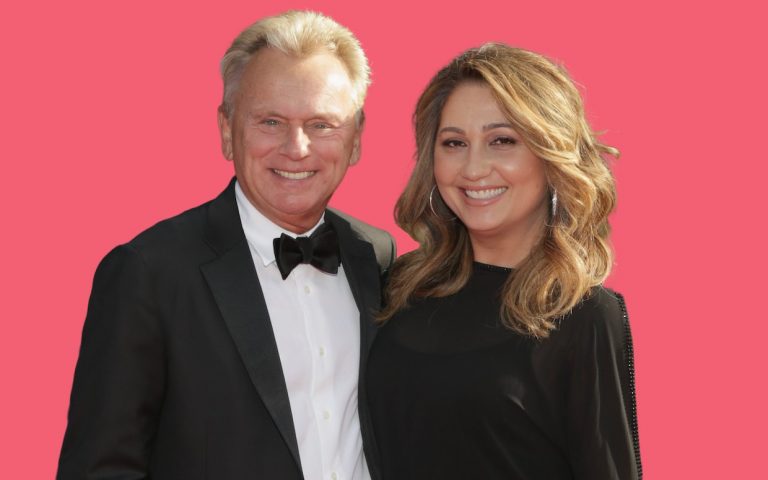 The “Wheel of Fortune” host Pat Sajak is not only a multi-talented TV host, radio, RJ and weatherman but also a happy-go-lucky family man is who better than ever with his wife Lesly Brown and two kids. We know him well but people do not have much idea about the woman behind his success, so let’s dig into Lesly’s life in this article.

WHO IS Pat Sajak’s Wife?

Pat Sajak’s Wife Lesly Brown was born on February 18, 1965, in Maryland to Michael and Maria Brown. She has two other siblings, sister Wendy, and Kelly. She graduated from the University of Maryland in 1986 with a bachelor’s degree in television production. Earlier she had dreams of entering the glamour world and becoming an actress.

So after passing out of college she worked as a model and was even featured in a pictorial called “Women of Washington” in Playboy magazine. Pat Sajak’s Wife also gained the title of Miss Georgetown before she quit the industry.

But Pat Sajak’s Wife wanted to become a lawyer then so she got another bachelor’s degree. However, after her marriage with Pat, she focused on taking care of the house. Since then, Lesly has taken up photography along with her jewelry-making business which seems successful.

Over the years, Pat Sajak’s Wife Lesly Brown has made several appearances on the show “Wheel of Fortune”. In fact, on April 1, 1997, she and the host of another syndicated show ‘Jeopardy, Alex Trebek, replaced Vanna White and Sajak, respectively, as the hosts of ‘Wheel of Fortune’ while Sajak and White raced against each other and it turned out to be a fun-filled episode.

Pat Sajak’s Wife Lesly has also promoted her wheel-themed jewelry on one of the episodes of the show in 2008. She also made her first recognized TV appearance during Wheel of Fortune’s Walt Disney World tapings. Brown danced alongside a couple of reindeer in front of the Magic Kingdom during the opening montage.

Pat Sajak’s Wife Lesly also participated in other Christmas-themed events at Disney World. Back in 2012, she promoted the Sandals Emerald Bay Resort alongside her husband on the show. She appeared in the final parts for the record-breaking 7000th episode. That was her last appearance on the show in 2019.

Lesly Brown and Pat Sajak met for the first time back in 1988 at a sports bar in Irvine, California. Unlike most celebrity couples, there’s was no love at first sight. Yes, you read that right. Pat had revealed in an interview that when they first met he didn’t feel any spark as Lesly didn’t utter a word on their car ride home. It all started with a beautiful friendship for the couple. After that day Lesly went back to her hometown in Maryland whereas Pat lived in California for the shooting of his popular show.

Pat Sajak’s Wife Lesly was just 23 years old at that time and Pat was 42. But their age difference couldn’t overpower their love for all we know. They remained in contact with each other despite living in two different corners of the country through constant phone calls. They were friends for a long time.

Their love was tested when Lesly Brown participated in a dating show called “The Dating Game”. She also went on a date to Mexico with the bachelor that won the show. This was when Pat Sajak got insecure and realized that they needed to be more than friends because he had feelings for her.

So he went to Maryland to see her after Lesly returned from the Mexico trip. Without further delay, Pat Sajak proposed to Lesly Brown on Labor day and they got married in 1989 at Saint Mary’s Roman Catholic Church in Annapolis, Maryland, on New Year’s Eve. They had a very eventful wedding and began their lives together with the beginning of a fresh new year.

Lesly and Pat have two beautiful kids, son Patrick Michael James Sajak born on September 22, 1990, and Their daughter, Maggie Marie Sajak, born on January 2, 1995. Maggie is none other than a famous country singer.

According to sources and keeping all her work in mind, at present he net worth must be approximately $1.3 million. Pat’s estimated income is around $55 million. After their wedding, Sajak bought $1.28 million Mansions in Severna Park, near Annapolis, Maryland. Their second home is in Los Angles, California, worth around $1.5 million. So they are quite rich and well-to-do.

Unfortunately, after seven years together as husband and wife, Sherrill and Pat Sajak parted ways sometime in 1986 and the reason for their divorce has never been disclosed to the public. Moreover, their union produced no kids while it lasted.

What is the age difference between Pat Sajak and his wife?

Also, we should mention the impressive age difference between Lesly and Pat. What is Pat Sajak’s age? Currently, the TV host is 72 years old. Pat is 18 years older than his wife.
Does Pat Sajak have a wife?
Pat Sajak/Wife
Personal life. Sajak is married to Lesly Brown-Sajak, a photographer, with whom he has a son, Patrick Michael James Sajak (born September 22, 1990), and a daughter, Margaret Marie Sajak (born January 5, 1995). The couple lives in Severna Park, Maryland, with a second home in Los Angeles, California.
Read more articles about:

Who is Alexandra Cooper? Get Insights of everything about her Family | Career and Relationships