Sensational Youtubers Dan and Phil Married or Dating? Who Are They? Get Details About their Life, Sexuality, Relationships, Careers and Everything!!!

Youtubers are known for creating a buzz now and then with their content. The most loved British Youtuber duo Dan and Phil are one of them who have proudly mashed stereotypes by openly accepting their … 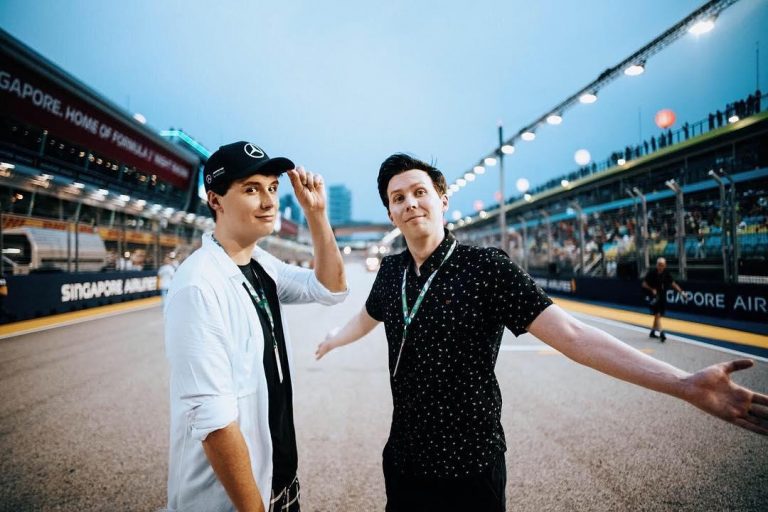 Youtubers are known for creating a buzz now and then with their content. The most loved British Youtuber duo Dan and Phil are one of them who have proudly mashed stereotypes by openly accepting their sexuality. Believed to be dating each other, the duo grabbed eyeballs when they suddenly took a break from Youtube without stating any particular reasons.

WHO ARE DAN AND PHIL?

Dan aka Daniel James Howell was born on June 11, 1991, in Wokingham, Berkshire, England. He is a Youtuber who gained fame through his channels danisnotonfire, now known as Daniel Howell with 6 million subscribers, and DanAndPhilGAMES, a collaboration with Phil Lester. Dan dropped out of law college to pursue the full-time profession of vlogging and radio presenting.

He became an author after his first solo publication, You Will Get Through This in 2020. Dan came out to the world in his video, “Basically I’m Gay”.  In some of the following videos, he expressed his journey of being a queer and a gay and how difficult it was for him during his childhood when he even tried to commit suicide. Dan came out to his family via email as he was skeptical about their reaction.

Phil aka Philip Michael Lester born on January 30, 1987, is a Youtuber who is often known for his videos together with his best mate or rather rumored boyfriend Dan. Phil has his own YouTube channel AmazingPhil with over 4 million subscribers and also DanAndPhilGAMES.

Lester appeared on The Sunday Times 2019 list of the top influencers in the UK. He worked as a car washer, worked at a veterinary clinic and WHSmith, and even acted in a movie Faintheart as Tim before becoming a full-time blogger. Phil also came out as gay in his video, “coming Out To You” in 2019.

ARE DAN AND PHIL IN A RELATIONSHIP?

This beautiful dynamic between the duo started when Dan liked Phil’s first video back in 2006 so much that he instantly messaged him on Twitter. Three years later, Dan and Phil finally met in person to collaborate on their first video together.

They grew closer to each other and have been living together since 2011. They lived in Manchester but are now in London. They always claimed to be best friends and never really confirmed anything about their relationship status until 2019 when Dan came out as queer and addressed his fans in a video about his relationship with Phil.

He stated that Phil is his soulmate and what they have is more than just a romantic relationship. However, he still didn’t clearly say anything about the duo’s love life but further mentioned in that video that he wanted to keep his personal life private despite the huge interest by his fans to know more about him.

Then 17 days later, Phil also came out as gay but he didn’t speak a word about Dan or their relationship. Apparently, the duo took a break for a while after that video and since then there has been no update on their common Youtube channel DanAndPhilGAMES. This raised eyebrows as people thought they parted ways.

Dan seemed to be radio silent on all his social media accounts and gave updates only through Twitter. ButPhil continues to regularly upload videos with Dan. This shows that all is pretty well between the two. The last video was posted three weeks ago where Phil was been giving dan a haircut. They often share each other’s photos on Instagram but that doesn’t leave us with any proper clue if Dan and Phil are officially in a relationship or not.

DAN AND PHIL’S WORK TOGETHER

Dan and Phil began creating content together in 2009. They instantly became a huge craze among the viewers so much so that they have fan pages now. Their exciting content such as tricky question-answer sessions and pranks attracted many. Apart from their own accounts, dan and Phil launched a gaming YouTube account in 2014, which currently has 3 million subscribers.

As Dan suffered from clinical depression and took time to recover, he and Phil supported “#HelloYellow”, a mental health campaign by a UK-based organization called YoungMinds.

Dan and Phil also hosted an entertainment show named Dan and Phil on BBC Radio 1 from January 2013 to August 2014. Then from September 2014 to April 2016, they presented another show Internet Takeover on the same radio station.

In fact, the duo Dan and Phil have also written books together- The Amazing Book Is Not on Fire (2015) and Dan and Phil Go Outside(2016).

FAQS ABOUT DAN AND PHIL:

Are Dan and Phil still together in 2020?

Although posting significantly less, Dan and Phil have released a book and have hinted at projects they are planning. They still live together in London. You may remember him as half of the hunky duo that used his first videos to waste time during the year he took off between high school and college.

Yes. As of June 2019. Dan confirmed that they were at least in a romantic relationship in the past. He also called them soulmates.

Why did Dan and Phil stop making videos together?

Basically, they’re pushing themselves to be more open about self-expression on their channels while still “giving the people what they want.” For Phil, this meant finally losing the crutch of his emo fringe and being more Phil and less AmazingPhil about the maturity of his channel content.

Did Dan and Phil buy a house?

Along with the tea on the break, viewers got the life update everyone has been waiting for: Dan and Phil bought a house! And they actually bought it in 2017! The pair have been busy designing everything for their newly built home, and they’re in the process of packing up their London apartment.
Read more entertaining articles about-

Confirmed!! The Umbrella Academy – season 2- superhero series- released!! Here’s everything that you wanted to know about your arrival.