Winds of Winter Release date CONFIRMED?- Get Exciting Details About This Novel By George Martin and The Plot, Storyline, and Further Details About Its Release

For A Song of Ice and Fire saga fans, the last book released was A Dance with Dragons. Ten years later, now the author has given hints that a new book in the series called … 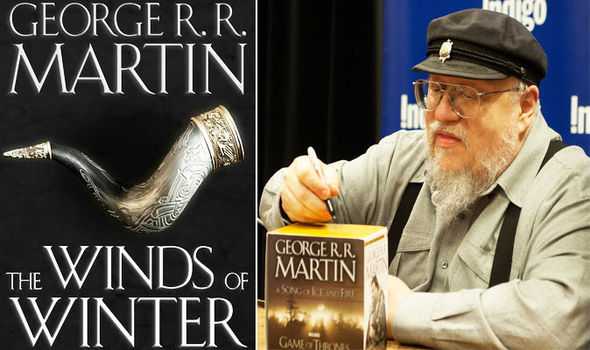 For A Song of Ice and Fire saga fans, the last book released was A Dance with Dragons. Ten years later, now the author has given hints that a new book in the series called Winds of Winter might be next. Yes, you heard it right its not over! The popular Game of Thrones series is an adaption of A Song of Ice and Fire.

Especially after the final season of the show Games of Thrones ended, viewers have been even more eager to know what direction this book will take. Games of Thrones season 8 received mixed reactions as some critics felt that the adaption couldn’t give a suitable conclusion to the hit story. Let’s see what George Martin intends to do in this much-awaited novel.

MORE ABOUT WINDS OF WINTER(PLOT)

The Winds of Winter will be the sixth novel in the A Song of Ice and Fire series by George R R Martin. This will be the successor of the 5th installment A Dance with Dragons. It is published by Bantam Books and Voyager Books. The last two volumes of the series will consist of a total of 3,000 manuscript pages.

The Winds of Winter will take readers farther north than any of the previous books, and the Others will appear in the book. The previous installment, A Dance with Dragons, covered less story than Martin intended, excluding at least one planned large battle sequence and leaving several character threads ending in cliffhangers.

According to Martin, the initial chapters will begin with two battles- one in the ice and one at Meereen. The story will continue from there.

On his website, in 2013, Martin published an Arianne chapter wherein she heads for Griffin’s Roost to see the young boy who is calling himself Aegon. Victarion’s chapter will take off “five minutes” after A Dance with Dragons, taking place on the eve of the Iron Islanders’ surprise attack on the cities in Slaver’s Bay.

Mago, who was killed in the first season of the Game of Thrones television series, will be a recurring character in the sixth book. A sample chapter on Martin’s website is written from Theon Greyjoy’s viewpoint and shows his interactions with Stannis Baratheon as they are camped in the snow on his march to Winterfell.

Martin had published the chapter Mercy on his website which was about Arya Stark continuing her training with the Faceless Men.

As of now, George Martin has not yet announced the final release date of Winds of Winter. He has been writing this novel for quite a long time and that is testing the patience of its readers. To be exact he is putting all his efforts to make these last few books the most exciting ones.

over the last year, the author has given hope by updating about the progress of Winds of Winter but it seems that he has slowed down.

He directly addressed the fans on his “Not A Blog” page giving hints that he might be lagging because of so many things happening around( maybe due to the pandemic).

Martin referenced his recently announced five-year deal with TV network HBO, who produced and aired his Game of Thrones series, which means that winds of Winter is definitely not the last one but there are more to come. It is only for the time to say when the ardent fans of this saga novel will get to read the latest part that is Winds of Winter. Let’s wait and hope for the best!

Did you like this article? Let us know in the comments.

The following characters were confirmed by George Martin to reoccur in the novel Winds of Winter.

It was clearly confirmed by Martin that there will be no addition of characters apart from the above mentioned in Winds of winter. Although he said that Areo Hotah, Melisandre, Cersei Lannister, and Samwell Tarly will be back as viewpoints but he did not disclose in which chapters respectively.

Furthermore, he teased that at the 2014 San Diego Comic-Con Jeyne Westerling, Robb Stark’s widow will appear in the prologue chapter, but did not reveal who will be the POV character.

FAQS ABOUT WINDS OF WINTER:

Will the winds of winter ever be released?

George R. R. Martin is hard at work on The Winds of Winter, but don’t hold your breath that the next book in his A Song of Ice and Fire saga will arrive in 2021. It’s entirely possible, but not exactly likely.

How long has George RR Martin been writing winds of winter?

Martin, who initially envisioned the series as a trilogy, has published five out of a planned seven volumes. The fifth and most recent volume of the series, A Dance with Dragons, was published in 2011 and took Martin six years to write. He is currently writing the sixth novel, The Winds of Winter.

Why did George Martin leave Game of Thrones?

Martin decided to take a step back on the TV show so that he could remain focused on writing The Winds of Winter. The author has been outspoken about the time it takes to write a script, claiming it took a minimum of three weeks. Martin also shared that he struggles when he switches back and forth between mediums.
Read more articles about:

Get more updates and information on instachronicles!