Many people might not know that popular actor Harrison Ford famous for his role in the Indiana Jones movie series has a son, Malcolm Ford. Being the son of such talented parents, Malcolm too proved … 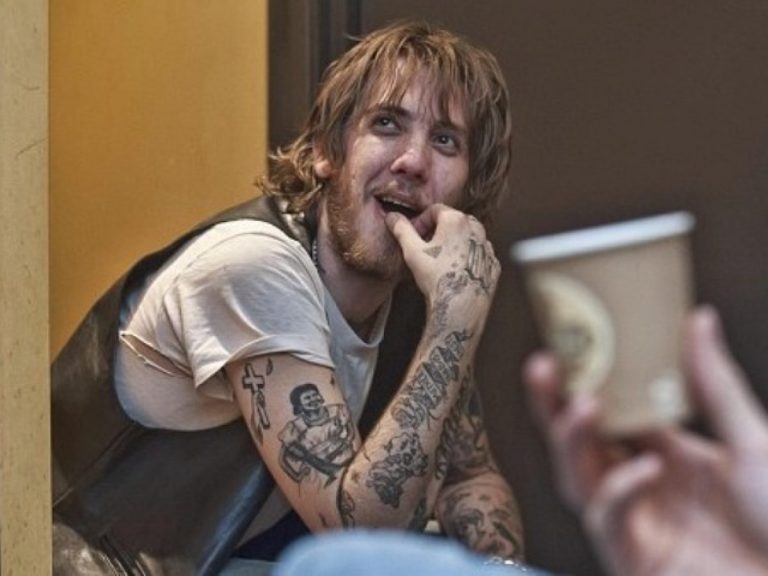 Many people might not know that popular actor Harrison Ford famous for his role in the Indiana Jones movie series has a son, Malcolm Ford. Being the son of such talented parents, Malcolm too proved his god-gifted musical skills by successfully establishing himself by his own hard work. What does he do? Where was he all along? Continue reading to know more about this celebrity child.

Malcolm Ford – A prodigy of equally prominent parents. Who is he? And all the unrevealed Facts about him(2021) FIND OUT NOW!

Malcolm Ford was born on October 3, 1987, to American legend Harrison Ford and his second ex-wife, screenwriter Melissa Mathison. Harrison has always been a private person so Malcolm Ford and all his siblings had been kept away from public attention and limelight.

He has two stepbrothers, Benjamin and Willard from his father’s first wife Mary Marquardt, a sister named Georgia from his mother, and a younger brother, Liam who was adopted by his father, and his current wife, Calista Flockhart.

He did his schooling at Jackson Hole, Wyoming. From the very beginning, Malcolm wanted to pursue a career as a musician. Unfortunately after his parents’ divorce in 2001 after 27 years of marriage, Malcolm did not take this well and slipped into depression as he could not accept this change.

He soon became a drug addict by the time he was 17 years old. Eventually, he went to rehab to get sober and positively did so. It is believed that Harrison took part in family therapy at the facility to help his son.

Malcolm Ford wanted to get past all of it and start afresh so he recovered soon to pursue his passion for music. But once again he faced darkness in his life when his mother died of neuroendocrine cancer in 2015. Malcolm Ford was deeply saddened by this as he was very close to her.

After dropping out of college, Malcolm Ford formed a good friendship with actor Gabriel Byrne and actress Ellen Barkin’s son, Jack Byrne who was still a student in New York. Their common interest in Blues music, love for marijuana, and the game call of duty made their bond stronger.

They created a band called ‘The Dough Rollers’  in 2008. Afterward, a new singer Julia Tepper joined them who further encouraged them, to improve their brand by trying different genres.

Finally, they release their self-titled debut album in 2010 consisting of ten tracks of different genres. However, Julia Tapper soon left the band after that.  In 2011 the band released their second album called ‘Someday Baby’ containing 12 tracks.

To further boost the success of their band, Malcolm Ford decided to hire a drummer, Kyle Olsen, and a bassist, Hosh Barocas. The group then signed with American singer-songwriter Jack White’s record label Third Man Records. In 2014, the group put out their first EP, ‘Gone Baby Gone, through Third Man Records.

The band also did numerous tours with extremely popular musical artists like Billy Idol, Bob Dylan, John Mellencamp, and Queen of the Stone Age as a supporting act. With their constant hard work, Malcolm Ford and his band have successfully made their place in the music industry and have gathered quite a several followers. Although he does not seem to have any social media accounts.

In 2008, he attracted media attention when he began dating Canadian model Jessica Stam. Reportedly, they broke up after a few months. Like his father, Malcolm Ford also prefers to keep his personal life private so after Jessica, we don’t have any information regarding his girlfriend or partner in recent years.

SOME INTERESTING FACTS ABOUT MALCOLM FORD

It seems that apart from being an avid musician, Malcolm has also appeared in a 2004 short documentary-comedy movie called ‘Water to Wine’ playing himself as a snowboarder. His father also did a cameo in that movie as a bus driver.

Moreover, Malcolm has a huge craze for tattoos, unlike his father who prefers a clean-cut look. He has dawned a rockstar personality with several tattoos on his body. On the knuckles of the four fingers of his left hand, he has the letters ‘F.O.R.D.’

What does Malcolm Ford do for a living?

He works as a professional chef and owns the restaurant ‘Ford’s Filling Station’ gastropubs located at The Marriott, L.A. Live, Los Angeles, and at LAX Terminal 5. He is happily married to Emily Tomerlin and has two children. Malcolm’s second eldest half-brother Willard Ford was born on May 14, 1969.

How was Harrison Ford found?

His previous work in American Graffiti eventually landed him his first starring film role when he was hired by Lucas to read lines for actors auditioning for roles in Lucas’ upcoming epic space-opera film Star Wars (1977).

Who is Harrison Ford’s son?

Erased Season 2: Will there be a premiere | Release Date is revealed? | Cast | Trailer | Plot

Outlander Season 6 is coming soon! What’s going to be its Release Date, Cast, Plot, and More?

Amy Duggar King says, ‘I will not be silenced’ Taking About P*rn Case?