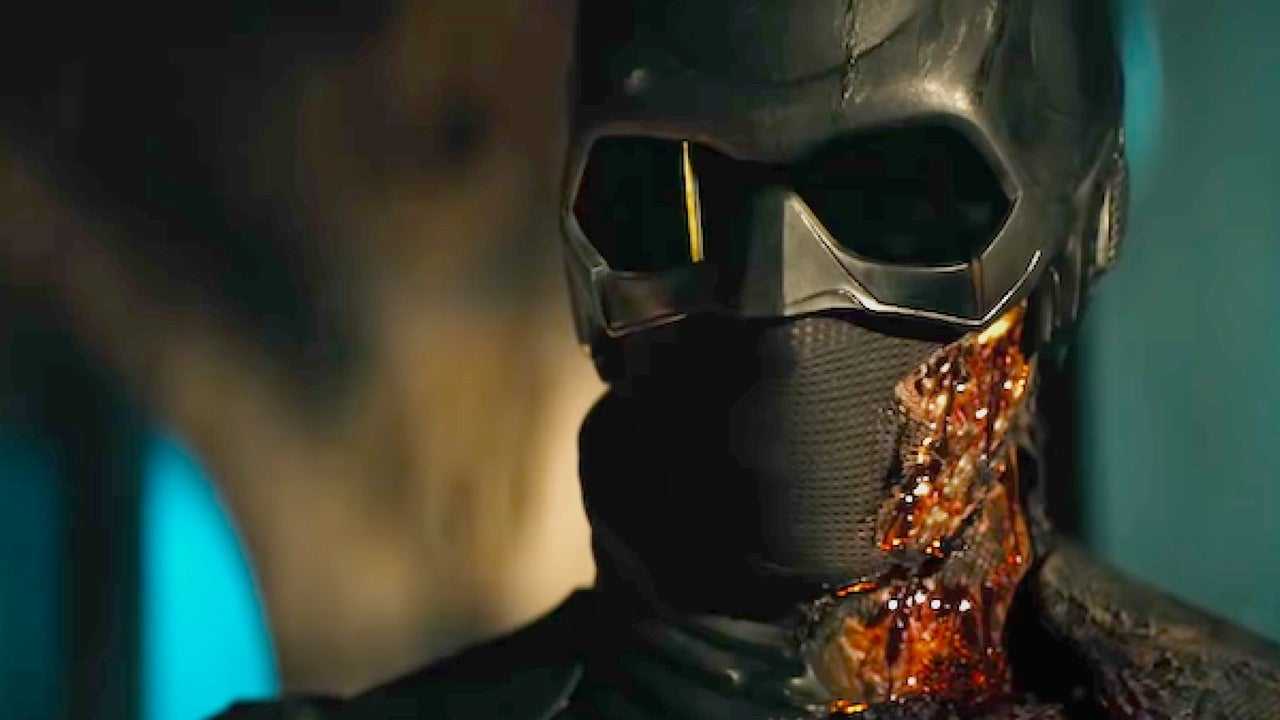 Black Noir Powers: Black Noire is a mysterious and one of the most integral characters of the most acclaimed movie The Boys has a successful venture on the Amazon app. Black Noir is portrayed as the most versatile character of the series The Boys. But he is seriously the most powerful one? Viewers’ first encounter with a peculiar and non-speaking character named Black Noir was in the first season of the series The Boys. Decked up in a black costume from head to toe which conceals his actual look. Not much is known about the dark theme character Black Noir as many more layers are unveiled in the first season of The Boys as in that season he did not has much to do. So it was up to the second season of The Boys to divulge his character sketch, his strength and motive and the mysteries left undisclosed in its prior season. Know more about Black Noir Powers below: 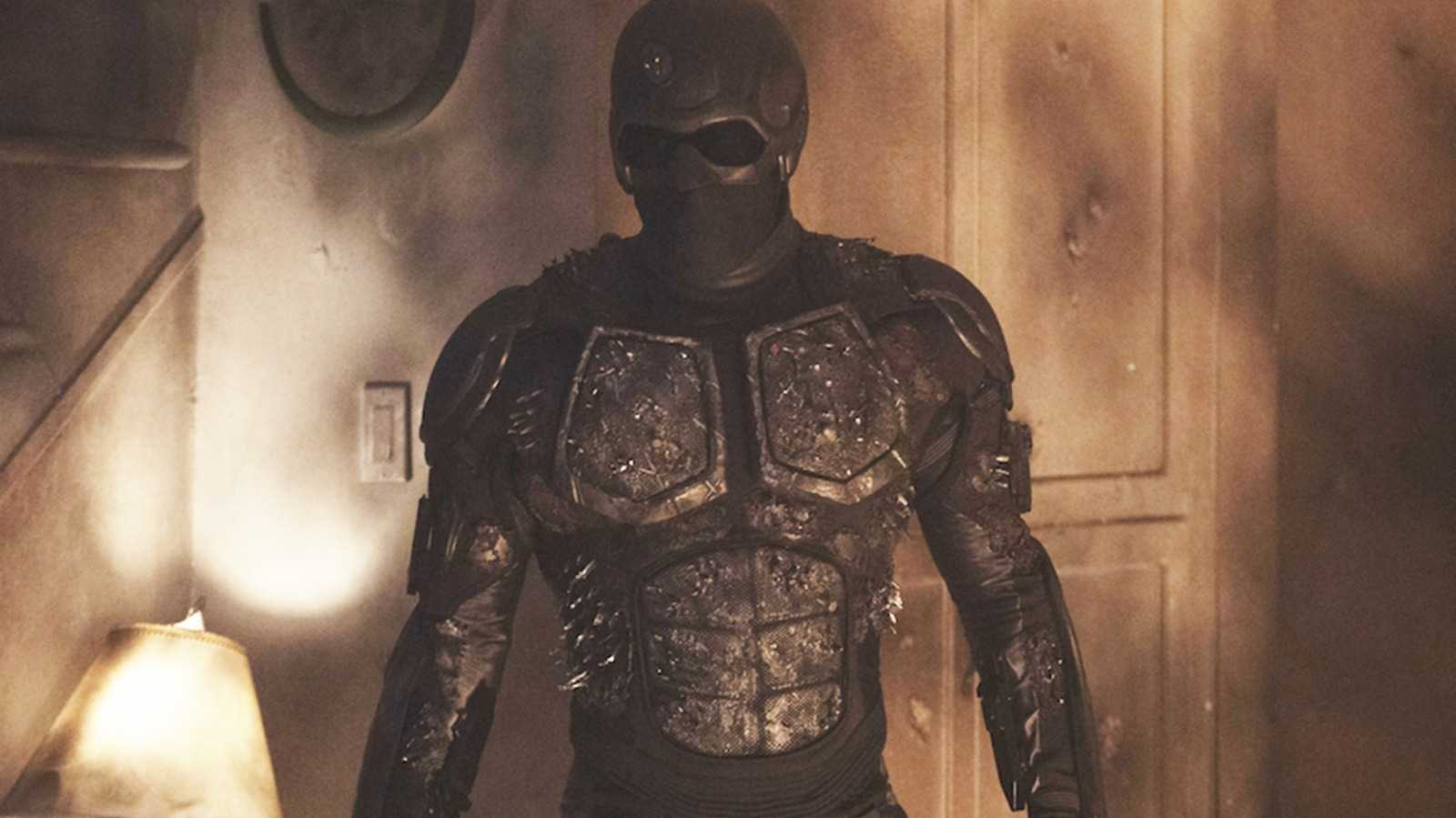 Black Noire is among the most acclaimed character of the Amazon Prime series The Boys and the most peculiar member of the group The Seven. The most terrifying thing about Black Noire is his deadliest combination of efficient fighting style and skills, and his supernatural powers make him outstanding and the center of attraction for all.

Black Noire is the supreme ninja of The Seven. He is a clandestine, quiet, and cryptic superhero whose identity was his constant dark-hued costume and he was a pilot and integral part of that group. Black Noire. His dexterity in material arts was a result of his marvelous strength and heightened senses. Noire’s name was not less than an explosion of terror for the criminals. Minimal facts are known about this noxious warrior. The known piece of cake we have about the Black Noire get himself trained under the supervision of the most master sensei, who trained him and provided him the purest of guidance up to the best of his capabilities in becoming the dealer of death who is Noire at the present. 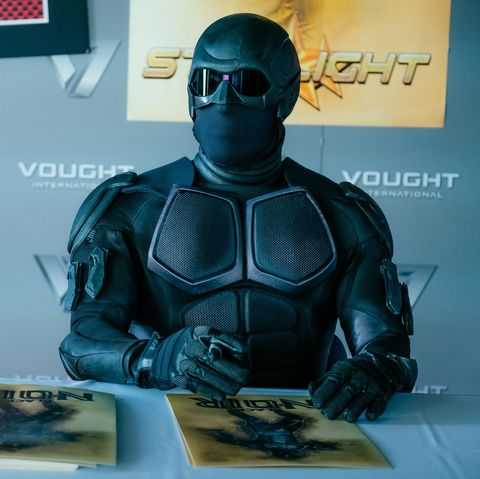 Supreme healing ability: Black Noire has the ability to heal his wounds, and injuries faster and in greater velocity as compared to the time taken by normal humans. His body was capable of healing within stipulated hours or some days not exceeding that regardless of the nature of injury whether multiple explosions, fire, and heat, point-blank gunshot wounds, etc. This is one of the best of Black Noir Powers.

Supernatural healing ability: Noire owns some bizarre traits and superpowers as his strength. Due to his extraordinary powers and his skillful use he has great dominance over everyone which made people feel terrified. His strength is proved in many instances in the movie like the A-Train scene and his mission of assassinating Naqib etc.

Supreme endurance:  next to Black Noir Powers is: Black Noire’s resilience was a million times more than normal human beings. Norie’s this trait made him survive the superhuman strength possess by Kimiko without many issues. Noire’s sturdiness was the one reason behind his survival after facing Naqib’s self-detonated explosion at point-blank range. Furthermore, he survived quite a few explosions in Judy’s home.

Speed Demon: Black Noire was the owner of magnanimous powers and no one could beat him in the speed game. He was capable of outrunning a car. Moreover, he can slit a woman’s and throat and catch the glass in her grip of hands before she dropped it.

Agility: in an instance from a movie where he confronted Kimiko and Frenchie he displayed splendid supernatural acrobatic skills which were overwhelming. He smoothly climbed on top of a roof without getting lethargic.

Advanced Hearing power: Black Noire holds amazing listening skills which were proven fruitful to him in his battles against crime and criminals. In an instance from a series, he tracked Butcher from Becca’s home and caught the Boys in a mysterious room. It shows his efficient hearing powers which protect him.

Skills of Spuressing pain: we also witnessed his abolition during his clash with Naqib, he used his self-detonation and left Noire with multiple burns and scars and when Hughie shoots through his hand, doesn’t react to as he has a great degree of tolerance or he was immune from feeling the pain of any sort.

Material Arts: as he was trained under the supervision of master sensei who made him a dealer of death. He mastered the numerous material arts and an expert in the hand-to-hand combatant. And as per his bio, he was a lethal ninja warrior with proficiency in mater arts.

Dagger Supremacy: Black Noire possessed a splendid skill in throwing daggers and use them efficiently in close combat. He assassinated many guards who came in his way of completing the mission of Naqib’s assassination. This is one of the best and magnificent of Black Noir Powers.

Daunting persona: Black Noire’s name was a tragic horrifying experience in itself for the criminals. And the mysterious mask he carries makes his look and character more terrifying.

Extreme Brute Force: supes possessing extreme and super levels of strength can only create trouble for Black Norie and can kill him. Queen Maeve used this trick and harmed Noire.

Durability Limitation: despite black Norie’s supernatural powers and survival strength he still can feel pain from damage taken. This is all in Black Noir Powers!

Q1. Can black noir be killed?

A1. Black Noire possessed a great power that no one can defeat. But as everything has something or superior, same in the case of Noire, he can be killed by the person who has a superpower like or superior to him.

A2. For the time being, Black Noire is the most alluring character of the series The Boys because he doesn’t speak and there are numerous mysteries behind it.

A3. Black Noire’s bio mentions him as a lethal ninja of The Seven group members. He owns high-intensity powers which no one can beat easily. A minimal amount of information is known about him as he is the biggest unveiled mystery of the Boys till now.