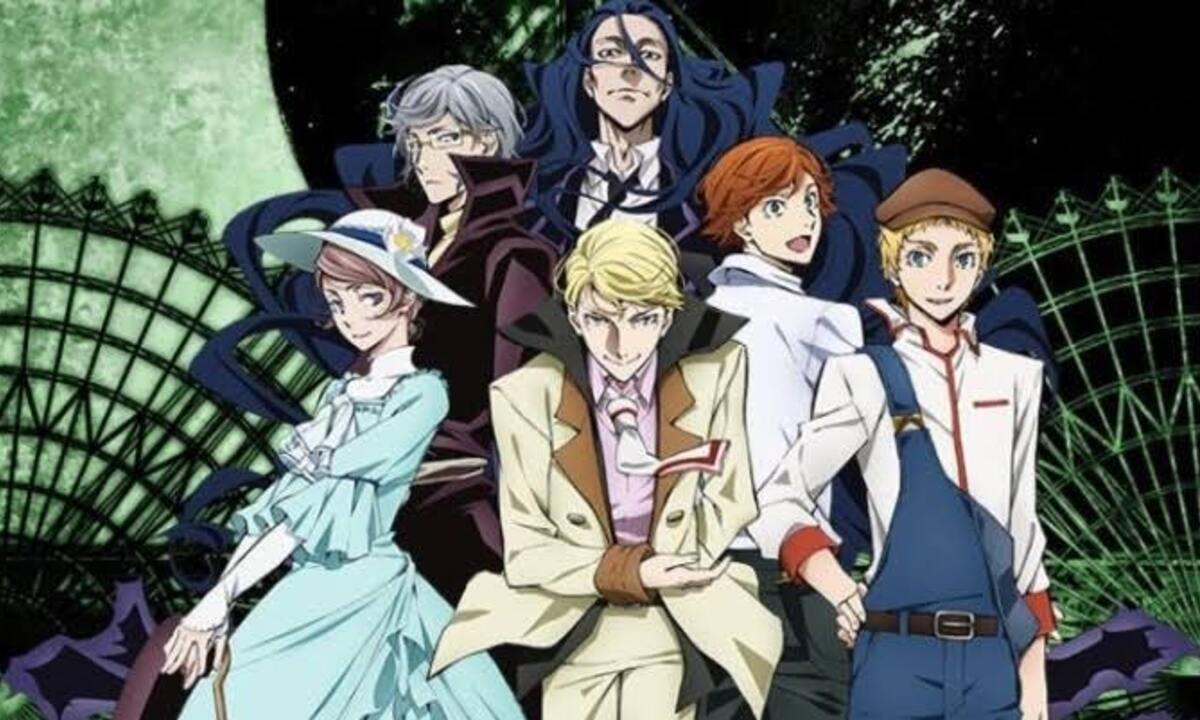 The anime series Bungou Stray Dogs is an action-packed adventure that follows the lives of a group of young people who have supernatural abilities and are using them to help fight crime in Tokyo. The season 3 finale ended with a cliffhanger, leaving viewers wondering what will happen next for our heroes. Thankfully, we don’t have much longer to wait.

Bungou Stray Dogs is a supernatural anime show which is based on a seinen manga series of the same name. Written by Kafka Asagiri and illustrated by Sango Harukawa, the manga, serialized in the Young Ace magazine, began publishing in 2012 creating a stir in the world of otakus and earning itself a loyal fanbase.

Owing to its popularity, it was very soon adapted into an anime series. It has currently released three seasons, so far. And fans have been asking about Bungou Stray Dogs Season 4 for some time now.

The first season of Bungou Stray Dogs had been aired on the 7th of April, 2016, and was an immediate hit among fans of the manga series as well as newcomers at the same time. Because of the high acclaim and love received by the anime show, it was renewed quickly, and Season 2 was aired pretty fast.

So, read on to find out everything about Bungou Stray Dogs Season 4.

Also, if you are a newcomer to the realm of anime shows, and have been looking for suggestions on what to try next, we will give you a gist about Bungou Stray Dogs and what to expect from the story, before covering it on Bungou Stray Dogs Season 4 release information. 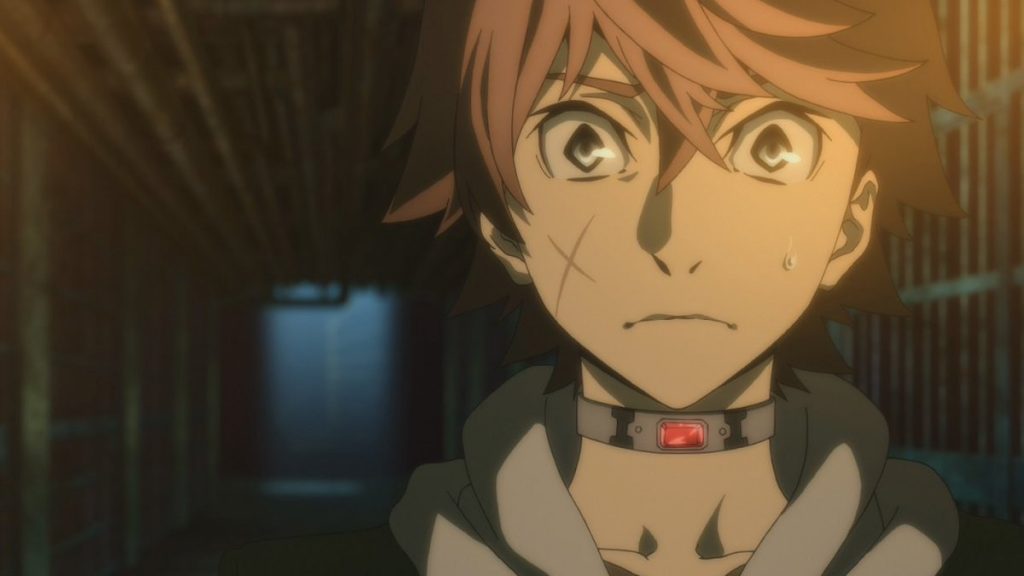 The plot of Bungou Stray Dogs revolves around a group of detectives who possess supernatural powers. The main focus character of the story is a young man by the name of Atsushi Nakajima.

Atsushi Nakajima spends his childhood in an orphanage. But things take a turn for the worst, when a mysterious tiger only he was aware of, starts plaguing the orphanage causing huge chaos. The people at the orphanage started to suspect Atsushi to be the one behind everything, and soon out of suspicion, he is thrown out of the only place he had.

Atsushi is left with no food and no shelter over his head. While he is starving by the riverbank, he finds a man, Osamu Dazai, drowning and decides to save him. And soon this decision is what turns out to be a turning point in his life. Osamu turns out to be a supernatural detective who was investigating the case of a mystical tiger – the same one which got Atsushi kicked out of his orphanage. Eager to help and learn the truth, Atsushi joins Osamu’s investigation into the mystical tiger, and with the help of Osamu Dazai’s partner, Doppo Kunikida, the trio manages to solve the mystery.

This event sets the rest of the story into motion as Atsushi Nakajima joins their supernatural detective agency, known as the Armed Detective Agency, and now on the story follows the trio as they go on with their adventures. The story revolves around them trying and solving the more bizarre cases to which the police fail to find a solution. In later parts of the show, there is a fight for supremacy as the Armed Detective Agency competes against an American supernatural organization called The Guild and their nemesis group of detectives, the Port Mafia.

Sirius The Jaeger Season 2 Release Date is confirmed! | The Awaiting Fate of “The Ark Of Sirius”

The show is quite a thrilling one, and you are sure to enjoy it if you are into detective stories and thrillers. If you have been wondering whether or not to start watching the show, we highly suggest you do. You are definitely not going to regret it, it is one gem of a story. So go ahead, give it a watch before Bungou Stray Dogs Season 4 comes out.

What to expect from the new season

Bungou Stray Dogs is a manga series by Kafka Asagiri and Sango Harukawa. The story follows the adventures of an orphaned high school student named Kuzumi Yoshitake who joins the Armed Detective Company, a detective agency composed of humans and supernatural creatures.

Why you should watch it

This series is a must-watch for any fan of anime. It has an intriguing storyline with interesting and dynamic characters, all accompanied by gorgeous animation. Bungou Stray Dogs is a show that will keep you coming back for more each season, and have you hooked until the very end!

Bungou Stray Dogs is a series that was first released in 2016. The story centers on the members of the Armed Detective Company, who are all people with supernatural abilities. They work for an organization called the Port Mafia and use their powers to solve cases in order to pay off their debt.[quads id=2]

When is the release date for Bungou Stray Dogs Season 4

Rumors have been circulating that Bungou Stray Dogs Season 4 will be back in 2021, but nothing has been confirmed yet. The earliest we can expect it is probably around mid-2021 since the first three seasons were released with a two-year gap between them each time.

Where can I find a trailer for Bungou Stray Dogs Season 4?

As of now, as far as Bungou Stray Dogs Season 4 is concerned, no official news of the release of the sequel, or even making of the new season has been announced yet. But there have been rumors all over the internet that Bungou Stray Dogs Season 4 will in all probability come out sometime in 2021 itself. But it should be noted that there has been no official confirmation.

Here some good news you should know that the released date is coming soon yet, it is very good to hear some fans to see the news to get officially renewed So that we need to announce their announcement in the next some month and it is released in the fall of winter or in the fall of 2022.

Finally, you can take a long while since the creators as the producer of this show and also the director who is very fair swift in the production of the first three seasons. Bungou Stray Dogs Season 4 is one of the best series so that there is a lot of uncovering in season 4 regarding Dostoyevsky and you should know that the possible things which is a bloody fight involving Atsushi.

Because the global pandemic has hurt the television sector and has slowed down many plans regarding different shows, it could probably be a while before Bungou Stray Dogs Season 4 is released. 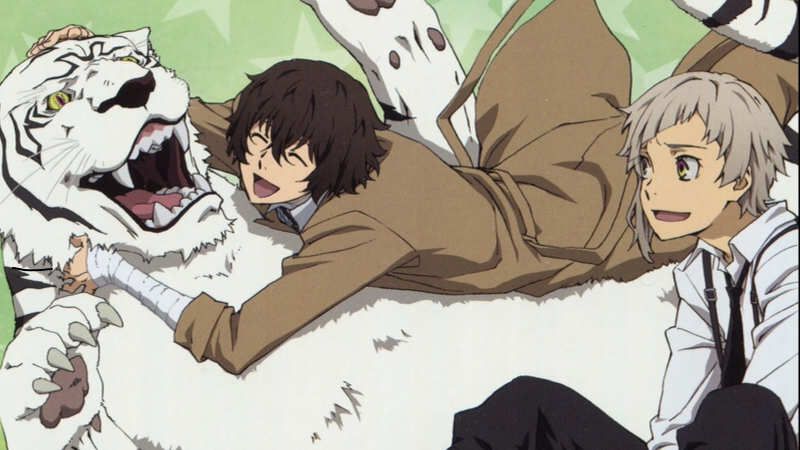 So, as of now, there has been no official declaration regarding the release of Bungou Stray Dogs Season 4, but we are hoping there will be a green flag for us soon. Till then you might as well rewatch the previous seasons, after all, it is such a great show. And if you have not yet, you should definitely start watching the show. We highly recommend that you give Bungou Stray Dogs a watch.

Bungo Stray Dogs is available on Netflix, Crunchyroll, and Funimation. So those of you who haven’t watched it, can go there and watch it.