Steven Assanti: Where he is now? Is he Married? UNEXPECTED NEWS!!

You might be reading this article for two things. First, Where is Steven Assanti now? Or secondly, to find out, who is that Steven Assanti everybody is talking about? To answer the question of people … 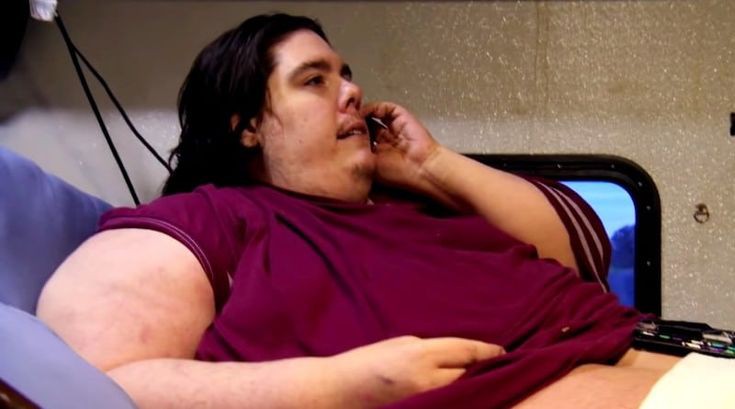 You might be reading this article for two things. First, Where is Steven Assanti now? Or secondly, to find out, who is that Steven Assanti everybody is talking about? To answer the question of people who came in the second group. Steven Assanti was an 800 pounds man featured in the TLC show called My 600-lb Life. The show was about the journey of the people who were suffering from immense obesity. The show has included some of the amazing stories of obese people, who were fighting to lose their pounds. However, season 5’s Steven Assanti was the one who has engaged the audience like never before and has also gained their attention.

Steven Assanti was 800 pounds obese. He appeared in the show in 2017 along with his brother Justin. His abrasive personality has appalled many people. Some people are also found in a position of rooting against him.

She was fell in love with him when he was doing a stage show. She said this in front of all the media. She also said to the whole media that they are connected to each other on social media. So these are some things about Steven Assanti’s married life. scroll and read more about Steven Assanti.

And for the people, who want to know what happened to him should read the article further. What happened to Steven Assanti is maybe beyond your expectations.

Who is Steven Assanti?

Steven Assanti as mentioned above was featured in a TLC show called My 600-lb Life along with his brother. He had also appeared in a Show called Dr. Phil’s House of Hatred in 2007 as a guest. In that show, he had gained some attention but had not affected the audience immensely. He had also tried to convey his 800 pounds journey on Youtube. However, the youtube videos were so bizarre to watch.

A local news broadcast in 2015 has changed his journey. As TLC had paid attention to him after that broadcast. It was broadcasted that he was kicked out of a hospital after he misbehaved and ordered a pizza. Shortly, after the incident, he was asked to be featured in My 600-lb Life.

Steven was born on December 2, 1981. He and his younger brother (Justin) were brought up by his mother. They had to face abuse as a child. Their mother and father had separated from each other. Since then they both were living with their mother. The boyfriend of the mother used to abuse them because of which they get into overeating. The chaos around them has caused them to binge-eating.

Justin explained, “Steven was very greedy,” Steven’s brother “And every time there was food around before I could eat it he would have already gobbled it down.”

Food was my comfort through good and bad situations,” Steven admitted. “But it didn’t help with some of the sh-t that was going on. I was still very upset.”

Steven and his brother Justin didn’t have that good of a relationship. Justin doesn’t tolerate bad behavior of Steven. His father on the other hand has done a lot for him. But with his brother, he can not corporates, he has mentioned in one segment of the show that he can not stand his brother after being abused by him for years.

Justin on the other hand has his separate issues with Steven. In a 2018 AMA on Reddit, Justin writes, “Steven has always been a little messed up in the head, but it had gotten worse the older he got. As far back as I could remember he was like this even before his mother abandoned him.”

Besides all that Steven’s behavior was bad in the show. The viewers have a bad perspective toward Steven the moment they saw him. Even Dr. Nowzaradan has also threatened him to be put into a homeless center after his overeating and ignoring the prescriptions. His bad behavior had driven the doctor crazy.

Besides, he also gets addicted to painkillers because of which doctors have to kick him out of the show. His bad behavior does justify a lot of the statements of his brother. He might have to be irritating and frustrating for his family.

Where is Steven Assanti now?

Steven Assanti gets weight loss surgery, revealed by Where Are They Now?  Besides he had to still deal with Cheat meals, tantrums, and even a painkiller addiction. In an episode, he had mentioned that his weight is around 500 pounds. The episode was aired in May 2020. The doctor on the other hand has disagreed with his claims.

As mentioned by a website named Starcasm. In an interview, the massage therapist of Steven (Stephanie Sangar) has confirmed claiming herself the wife of Steven. But it is also said by the writer that all the answers were already provided by Steven himself.

“I was trying to find him because the moment I saw him on TV I thought he was a beautiful person,” Steven wrote under the guise of being Stephanie. “And I wanted to know him not because of TV but because I knew he was my soulmate. I felt it and I just had to find him.”

Steven on the other hand is not that active on social media. So, it is hard to say what exactly is happening with him. A statement in an interview where he stated that the couple is Married and together but still are technically operated. As both live in separate cities which is an hour-and-half apart from each other. Because of the pandemic, they had to reschedule their meetings Steven has stated that he would possibly meet her after the pandemic overs. He also has stated her as awesome.

Besides, all we could do is expect better from him. May he find health, happiness, and stability in his life.

Jodi Arias: Where is she Today?( A Story of an Obsessed and crazy girl!!) | SHOCKING NEWS!!