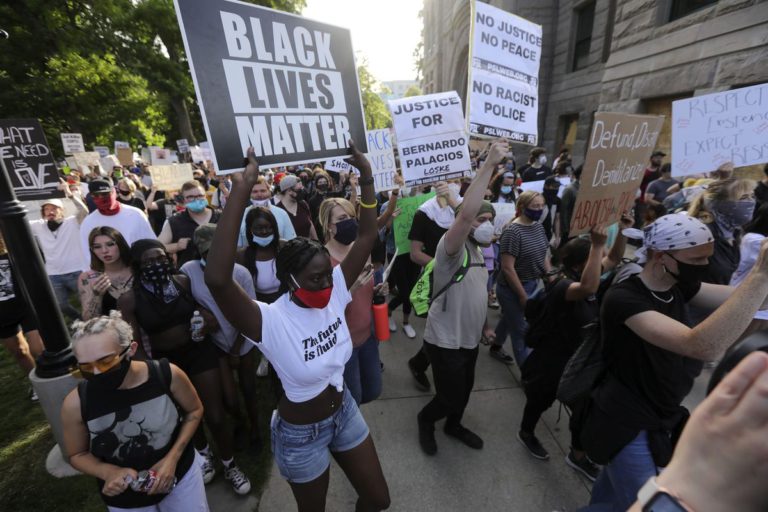 After the Death of George Floyd in an incident of Police Brutality spurred rage in the United States and consequently throughout the world. The “Black Lives’ Matter” protest took its birth following this very incident. The Protest that was purely focused on conserving rights of Black people and protecting them has now turned into a different narrative as Protestors in Portland cheered as news of a Trump supporter being murdered came out. Read the whole story and know more about the Portland protests and how the Trump supporter was killed.

The “Black Lives’ Matter” Protest in America is no big news now and the daily scene of Protestors marching has now become normal. But during these tough times, Protestors in Portland province cheered as they got news of the Murder of a Trump supporter. This inhuman mentality is not what the “Black Lives’ Matter” Protest took birth for. The Protestors are obviously has turned into Anti-Trump people and anything that happens against Trump is what gives then peace.

The Portland Mayor reported that this scene is what President Trump has himself called upon him. The rage of the Protestors is a direct result of the hopeless measures that President Trump has taken in these tough times. The “Black Lives’ Matter” Activists burned American Flags and showed their support for the murder case. The Anti-Fascists (Anti-fa) activists claim that the victim of the murder did not have the right to live as he was a Trump supporter. These protestors do not show descent in a peaceful manner and all they do is property destruction and are marked as planned Police-Riots.

The counterpart of President Trump in the Presidential elections is Joe Biden. He remarks on this event as inhuman. Joe Biden iterates over and over in his rally speeches that these increasing acts of property destruction and celebration over the murder of fellow American’s may it be a Trump supporter is against the idea of the responsible citizen of America. He hopes to build a better America if he gets elected and stop these riots and change this mentality that has creeped through in the minds of the activists.