One of the most sorted and talked a couple of the 90s was Anne Heche and Ellen Degeneres. No matter what happens on the work front, these two have special moments together that no one … 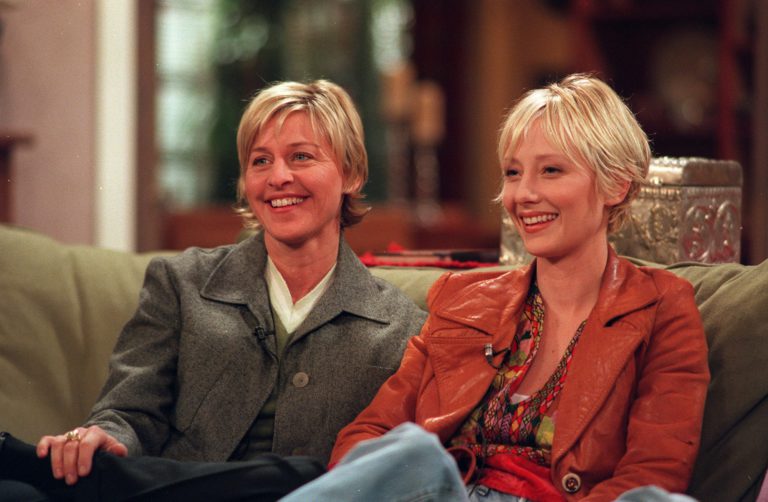 One of the most sorted and talked a couple of the 90s was Anne Heche and Ellen Degeneres. No matter what happens on the work front, these two have special moments together that no one can take away. Similarly, they have not been very open when it comes to speaking about each other. One of the reasons for the same, as Heche puts it, is that Ellen may be standing at a place where she doesn’t like being. However, Heche was recently questioned about her ex Ellen Degeneres’s alleged abuse of her employees on the famous talk show. Whosoever knows Ellen, knows her in ways that they either go out of their way to defend her or try to pull out strings to defame her. The very famous comedian and talk show host is accused of being a double-faced person, both in real life and on the sets.

Let us hear from her ex on the same. Ellen Degeneres’s controversial workplace abuse reports have been making rounds for a very long time. Some say that it is just another TRP method to defame the host and comedian. However, others have come out to say that there is more to the laughter we see on that show. Although, when asked Anne about her ex, she goes on to say that she hasn’t talked to her in years. But she also adds that their relationship in the past is something that she will always wear with honor. The actress seems to be sure about the fact that there is a lateral side to her ex-partner, as she’s heard from others. But she rather explains her narrative in such a confusing manner, it seems like she’s trying to protect Ellen.

Ellen has had to face some serious issues in the year 2020 after her show’s environment was investigated. The famous comedy talk show ‘The Ellen Degeneres Show’ is not all fun for her employees. There are reports which state that Ellen inflicts a hostile and abusive approach in the workplace. These include racial discrimination, sexual harassment. While some actors defend her, others are mum about the same. The rude and mean behavior on her end, that has surfaced, might lead to the cancellation of the show altogether.

Jinger Duggar lost another paid partnership due to the severe criticism received!

Shania Twain Shared Pictures From Her Past: Sneak Peak To The Beginning Of Her Remarkable Journey.