Just like other celebs are being the centre of attention because of their kids, another power couple is blessed with a baby boy. Nikki Bella is surely making our hearts skip a beat with … 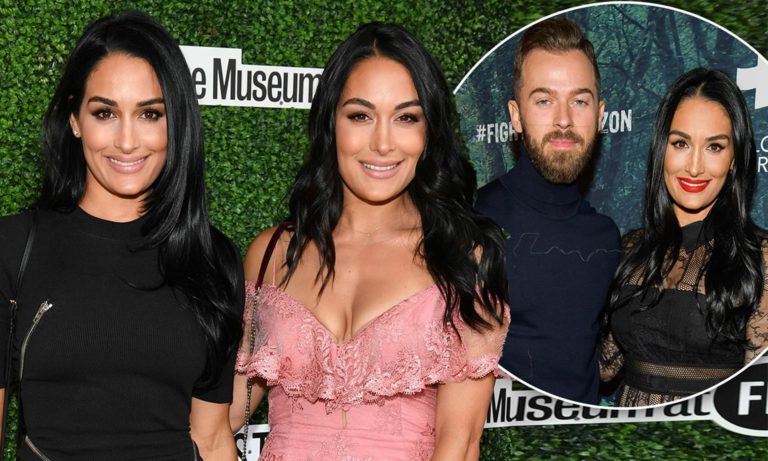 Just like other celebs are being the centre of attention because of their kids, another power couple is blessed with a baby boy. Nikki Bella is surely making our hearts skip a beat with her latest pictures, showing her baby boy. More so, the pictures support both her and Artem, holding the baby boy so close. Artem, Bella’s fiance, gave birth to a baby boy in the lockdown period on July 31st. They got an exclusive photoshoot shot with their newborn. The Total Bellas star then posted the pictures of behind the scenes of the photoshoot.  Their newborn is also their firstborn, and the couple is excited to share these moments of joy with the world! The stars took to their personal Instagram handle to share sneak peeks of their young one who turns a month old on August 31st.

Yes, you guessed it by now. The baby boy is going to carry on the name Matteo Chigvintsev. In several shots behind the scenes, Nikki can be seen doting a happy and hearty smile while cradling their baby boy. However, the internet is crushing over the pictures of the three of them together. Bella and Artem gave birth to their son just a day before her twin sister, and Brie Bella gave birth to her second son. The Bellas are indeed overloading with reasons to celebrate. The two twins have given birth to boys. However, they had revealed the names prior to the birth of the two. Brie’s son with husband Daniel Bryan is named Buddy Danielson.

While Nikki shares the pictures on her handle with the hashtags of #ballaboys and #buddyandmatteo, Artem writes for his love. He congratulates and writes that he is proud of his wife. Labour is not an easy process, and both the parents have to deal with it in their own ways. He calls Matteo his ‘precious baby boy’. The couple is sharing heart-melting pictures of the boy since his birth. While Bella is a former WWE wrestler, Artem is a Russian professional dancer. He also features in Dancing with the Stars. Watch the two adorable parents here http://https://www.youtube.com/watch?v=ihulu2eid4Y