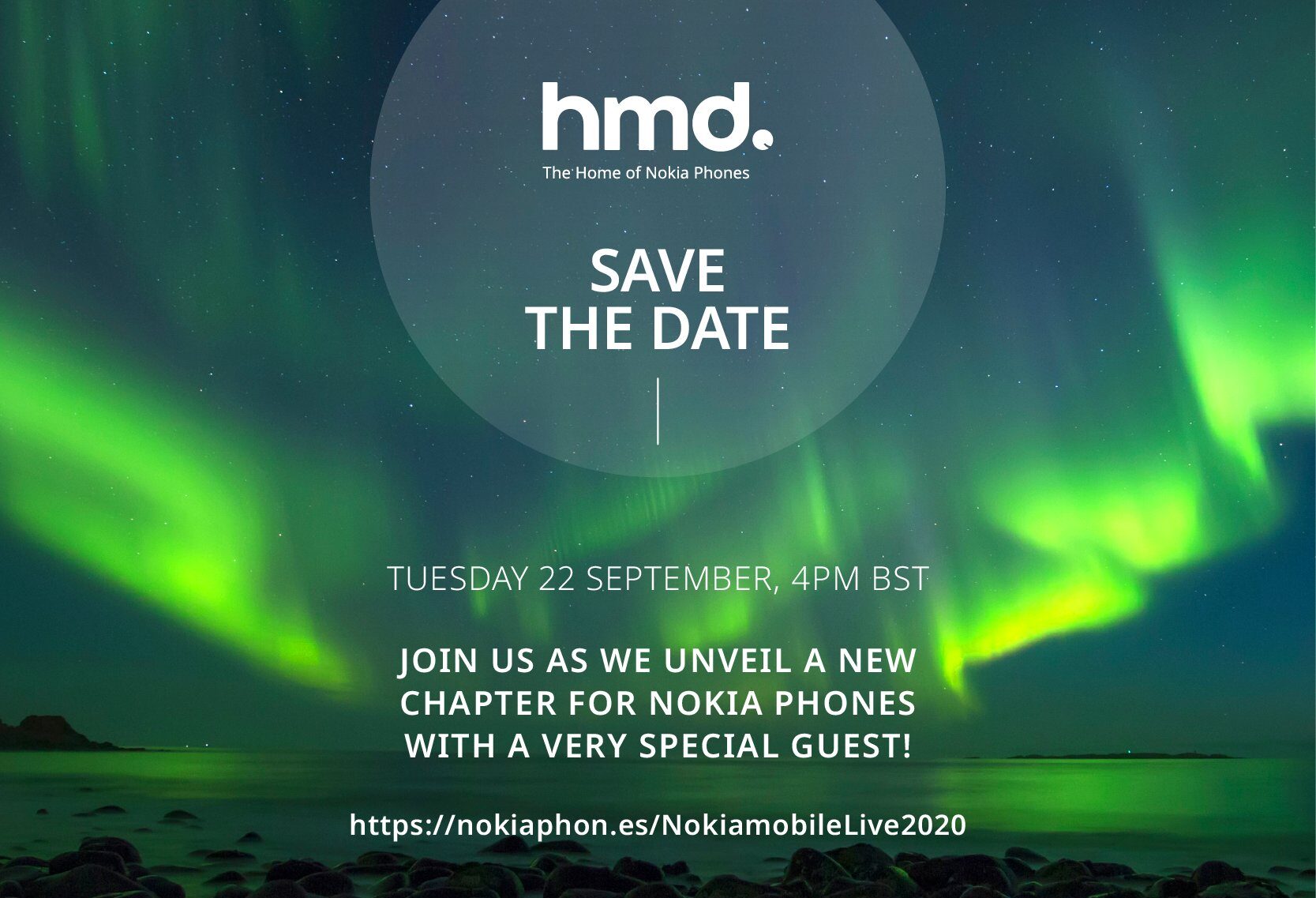 Mark your calendars. HMD Global has just announced it has a couple of new phones launching this month.

Juho Sarvikas, the Chief Product Officer of HMD Global has taken to Twitter to announce that the manufacturer will be unveiling new Nokia phones on Tuesday, the 22nd of September. The event will be live-streamed and will begin at 4 PM BST.

Mark your calendars! On 22 September at 4pm GMT, we will announce a great new line-up of Nokia phones, competition giveaways, and a very special guest. Follow @Nokiamobile for more details #onlygadgetyouneed pic.twitter.com/z7umZ9Jtk9

There is no teaser for what phones to expect on that day but a leak from earlier today said the Nokia 7.3 will be announced on September 22. However, since the tweet says there will be a new line-up of Nokia phones, we should expect other phones to tag along.

The Nokia 6.3 seems likely to launch on the same day seeing as HMD Global announced both the Nokia 7.2 and Nokia 6.2 together last year. However, the Nokia 6.3 is reported to be a 4G smartphone while the Nokia 7.3 is expected to have a 5G modem.

HMD Global may or may not announce new feature phones at the launch which is said will have “a very special guest”. We may also get new Nokia accessories too.

UP NEXT: Nokia 3.4 renders, key specs and pricing leaked