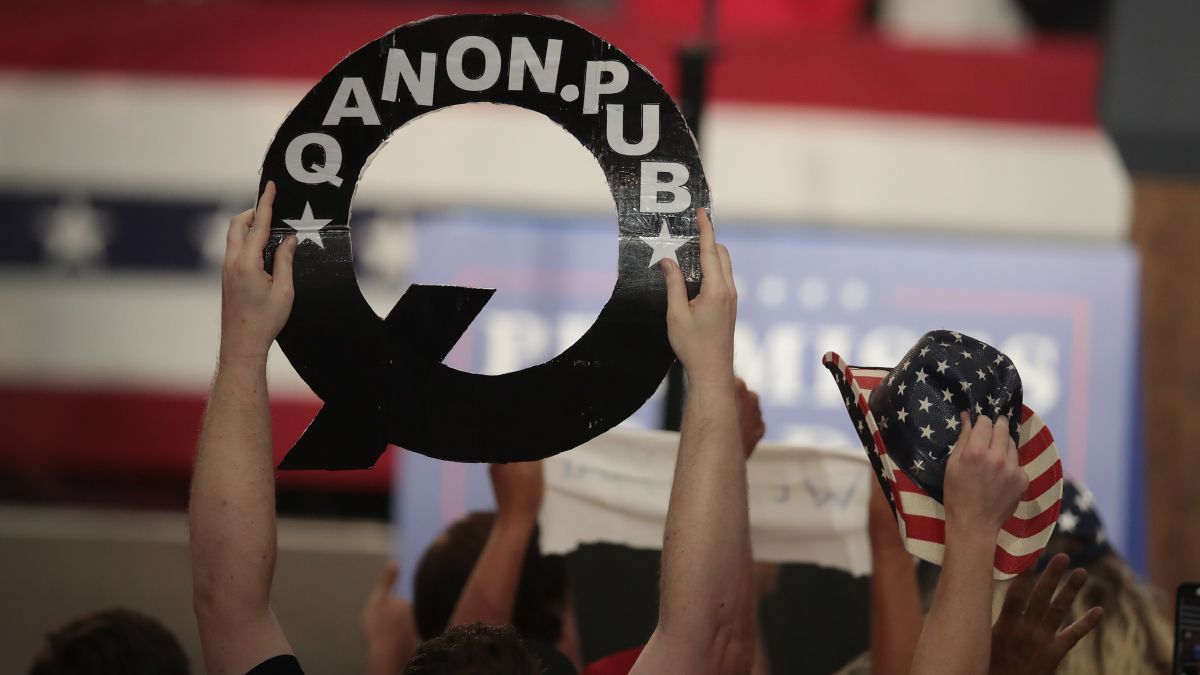 One of the internet’s largest hub of Qanon conspiracy theorists, QMap, abruptly went dark this week after a fact-checking group uncovered the identity of the developer behind it, Bloomberg reported Friday.

An investigation by Logically.ai identified Jason Gelinas, a financial information security analyst based in New Jersey, as the “developer and mouthpiece” for the site, the firm announced Thursday. Know online only as “QAppAnon,” Gelinas is the founder and sole employee of Patriot Platforms, the entity credited as the developer behind QMap, and both his home address and phone number link him to the company, Logically.ai found.

For the uninitiated, QAnon is a loosely organized movement of far-right extremists that believe President Donald Trump is leading a global fight against a covert, widespread cabal of Satan-worshipping pedophiles who secretly run the “deep state,” which is made up of Democratic Party members, various movie stars, political elites, and basically anyone that happens to be on the group’s shit list that day. The conspiracy theory was spawned by a series of posts on 4chan and 8chan (as well as its later iteration, 8kun) from a shadowy figure called Q who claimed to be a senior-level intel official. The theory later gained steam on Facebook and other social media platforms, and even Trump and members of his inner circle have helped stoke the flames by retweeting and endorsing QAnon supporters.

Originally launched in 2018, QMap was the largest archive of Q’s posts before it shuttered. It averaged more than 10 million visitors per month since May, according to the web analytics firm SimilarWeb. QAppAnon also runs a Patreon account that rakes in more than $3,000 in donations per month. Earlier this year, he announced there that he was working on an Android app called Armor of God that would effectively function as a social network for QAnon followers. The Google Play Store removed the app in May as “harmful content,” Logically.ai reports, but before it was pulled, the page had an email address associated with Patriot Platforms listed as the developer contact. According to New Jersey state business records, the address for Patriot Platforms and Gelinas’s home address are identical, per Bloomberg. They share the same phone number as well.

In recent months, Twitter, and Facebook have been attempting to crackdown on QAnon-related content as conspiracy theorists ramp up their efforts ahead of the 2020 presidential election. While it still feels like tech giants are playing one never-ending game of whack-a-mole to try to keep these misinformation campaigns from gaining steam, at least we can rest easy knowing that there’s one less online space for these crackpots to congeal.