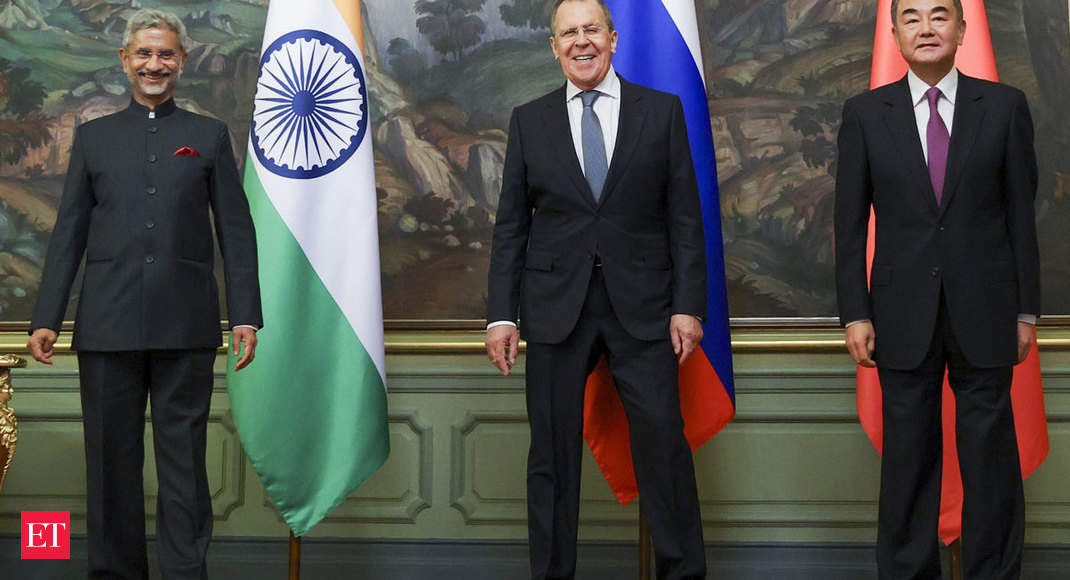 Share
Facebook
Twitter
Pinterest
WhatsApp
The foreign ministers of Russia, India and China (RIC) on Thursday held trilateral talks on the sidelines of the Shanghai Cooperation Organisation (SCO) in Moscow. “Attended the RIC Foreign Ministers Meeting hosted by FM (Sergey) Lavrov in Moscow. Thank him for his warm hospitality. India takes on the Chair of the RIC process,” External Affairs Minister S Jaishankar tweeted along with a photograph of his counterparts from Russia and China.
Under the RIC framework, the foreign ministers of the three countries meet periodically to discuss bilateral, regional and international issues of their interest. Jaishankar is in Moscow on a four-day visit to attend the meeting of foreign ministers of the SCO of which both India and China are members. Lavrov is the host of the meeting of SCO foreign ministers being held in the Russian capital from Wednesday to Thursday.