Gadgetsblog
HomeEntertainmentKanye West wanted Beyonce to win the award rather than You belong with me - he went upon the stage to reveal that - said that it was God's indication. 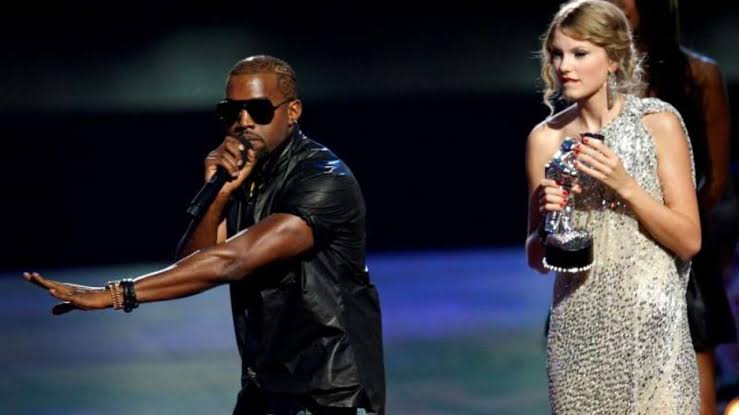 Kanye West wanted Beyonce to win the award rather than You belong with me – he went upon the stage to reveal that – said that it was God’s indication.

Seems like the rough patch between Kanye West and Taylor Swift is never coming to an end. As we remember the exact moment when Kanye went up to the stage while Taylor Swift was receiving her part of the award for her song. Kanye has again ignited the moment whereas Taylor has maintained silence.

During the year 2009, Taylor Swift received an award for her You belong with me and at that time, Kanye West went up and said the award should have been given for the song Beyonce. As per the words of Kanye, Beyonce should have won that for the single ladies and he didn’t hesitate At that moment to share that at the stage.

Recently West spoke that he did everything because God wanted him to do it in that exact moment. While interacting with Nick Cannon, Kanye West told me that it was only because of God that I went up to the stage without his indication nothing would have happened.

Further Kanye added that he honestly liked single ladies’ video and he never intended to attend the award functions because he felt like it was a setup and nothing else. Although until now Taylor Swift has maintained silence over the fact once she had said that she would be very pleased to remain outside this matter and such kind of narration.

Kanye West said that he had written something when he was admitted to the hospital for the hospital – starting a church at Calabasas was his line which he had written. Apart from this matter, Kanye and Taylor Swift had a battle of the cold war through twitter as well which had grabbed a lot of attention at that time. That’s all we have gathered so far regarding the matter involving Kanye and Taylor.