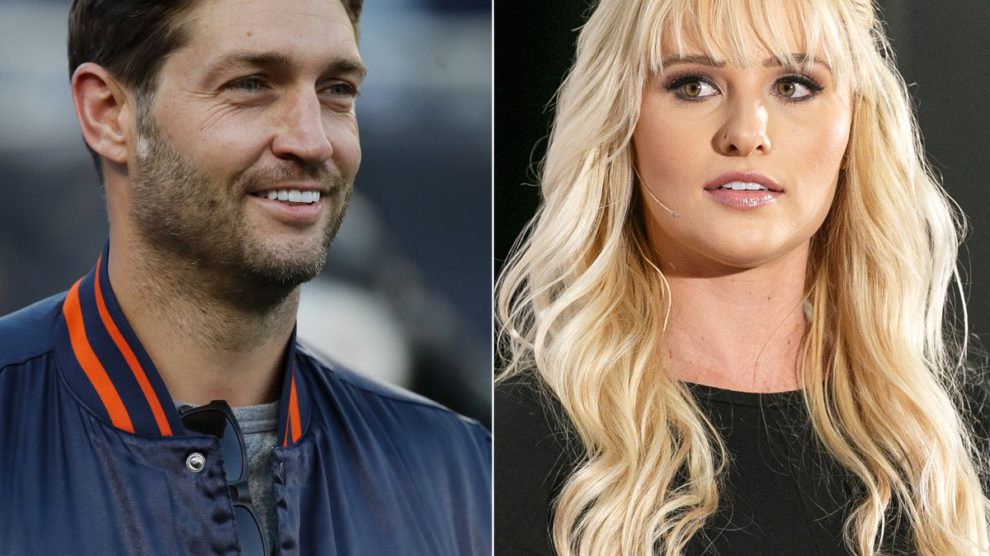 Jay Cutler was all in the news as he these days after he was rumored to be dating Tomi Lahren. Jay Cutler and Tomi Lahren were seen making a public appearance together and since then Jay and Tomi are asked questions about dating each other every time they are seen in an event or interview. The football player, Jay Cutler was seen in a Nashville bar with Tomi Lahren and according to the source, they went there to spend some quality time with each other. Some sources said that we’re exchanging tequila shots. According to the reports, the football player, Jay Cutler is in an intimate relationship with the ring wing commentator, Tomi Lahren.

Jay Cutler and Tomi Lahren are facing all the criticism.

Jay Cutler and Tomi Lahren never opened up about their relationship in public. Both of them denied the dating rumors every time they are asked about it. Jay Cutler is in the mid of the divorce process with his wife, Kristin Cavallari. It is no doubt that Kristin has a huge fan of popularity. Her fans criticized Jay for his involvement in a new relationship. Jay Cutler was highly slammed on social media due to his dating rumors with Tomi Lahren.

Tomi and Jay both took to their social media handles to abolish the rumors. Tomi Lahren tweeted on Twitter and rejected all the dating rumors while Jay Cutler posted a photo on his Instagram handle to slam all the haters.