Gadgetsblog
HomeHollywoodPeaceful protest takes a turn as the crowd surrounds Rand Paul and his wife on a Thursday night! 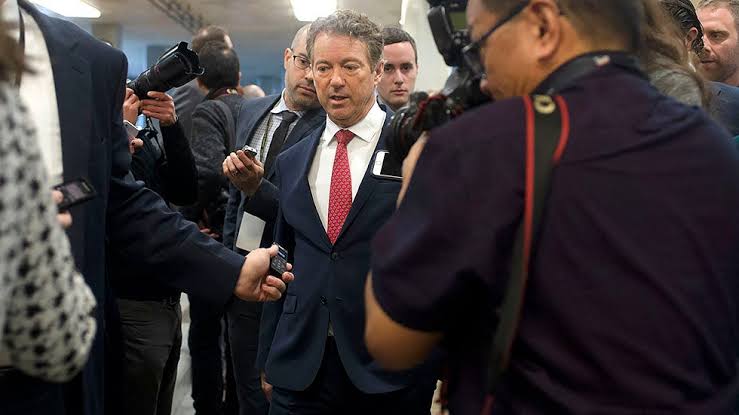 Peaceful protest takes a turn as the crowd surrounds Rand Paul and his wife on a Thursday night!

Recently an event took place at Kentucky, which is represented by Rand Paul that has led to protests around the Whitehouse and severe demand for justice. In Kentucky, a medical technician was killed by several police officers who tried to get into her house, located in Louisville. The police officers got in her home by the aid of a no-knock warrant; however, it was the wrong apartment.

Peaceful protests have been going on ever since as the activists are not happy by the way young Breonna Taylor of 26 years had to lose her life. It was also reported that charges were not filed against the officers who were responsible, which angered the activists more.

On Thursday night, the rage of the whole country was channelled in a peaceful way by the protesters who gathered outside the white house. The protesters wanted to make awareness and hence they had several signs in their hands to guide the people.

When Paul was exiting the white house on the same Thursday evening, the protesters surrounded him and demanded justice while the police provided protection to Paul and his wife on their way to the hotel. The protesters kept on trying to grab his attention by calling out to him for the case of Breonna Taylor. However, he did not reply. The situation had gotten almost out of hand when a protester pushed back an officer who sprayed them with chemicals to keep them away from Paul.

Paul later took it to twitter to thank the police officers for saving the lives of Paul and his wife at the protest. Paul has been exposed to attacks before back in 2017 for which he was compensated.

Justice was served to Breonna Taylor when Paul introduced a bill which banned the no-knock warrants under the name of the 26-year-old. It was called ‘Justice for Breonna Taylor act.’