Gadgetsblog
HomeLifestyleUlefone Note 8 and Armor 9e goes official for the price of $69.99 and $469.99, respectively 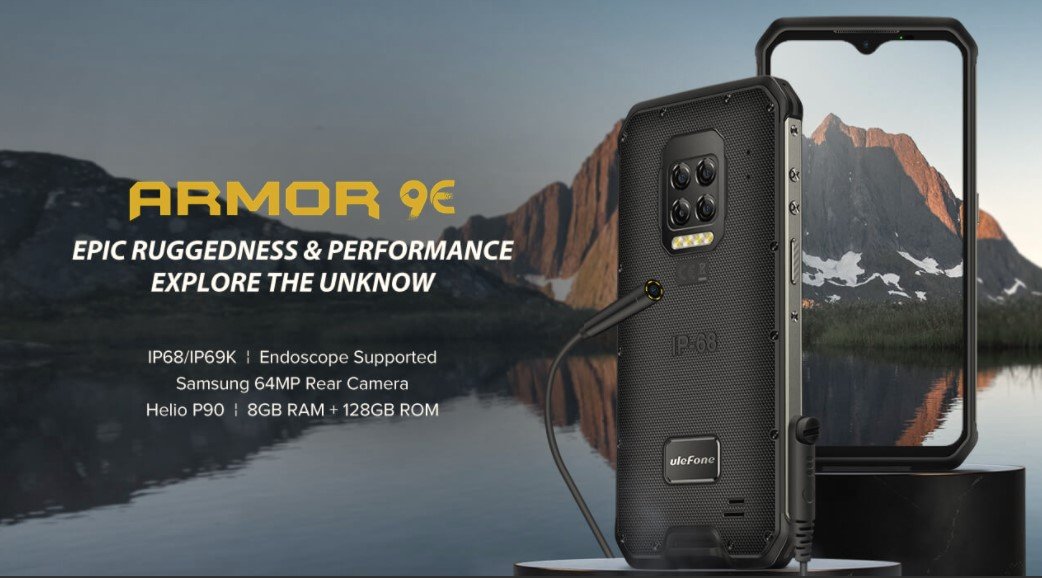 Ulefone is a prominent rugged smartphone manufacturer. The company’s Armor series is quite popular among the users and has made the company outshine other competitors. Ulefone always keeps evolving the tech behind its smartphones. Similarly, the company has launched two new rugged smartphones – Ulefone Note 8 and Armor 9e for the price of $69.99 and $469.99. Both smartphones possess different specifications and serve different purposes.

The smartphone carries high-end specifications starting with a 6.3-inch Full HD+ display sporting 1080 x 2340 pixels resolution and a waterdrop notch. The smartphone measures 168.2 * 82 * 15mm in size and weighs over 325 grams.

It is powered with a MediaTek Helio P90 SoC coupled with an octa-core chipset and IMG 9XM-HP8 GPU. It is available only in 8GB RAM and 128GB storage with the availability of 2TB microSD card expandable storage. The smartphone runs on stock-Android 10 OS with features like improved dark mode and enhanced privacy controls.

In the camera department, it houses a 64-megapixel primary camera + 8-megapixel ultrawide sensors and another 2x 2-megapixel sensors for enhanced photography. Ulefone Armor 9e even houses a 4x LED flash for abundant light during the night-time. The rear cameras are capable to record video in 4k resolution. There’s an 8-megapixel selfies shooter on the front.

In connectivity, the smartphone packs support for WiFi, NFC, Bluetooth 5.0 , GPS + Glonass + Beidou + Galileo. There are Accelerometer, G-sensor, P-Sensrom L-sensor, E-compass and Gyroscope, and pedometer sensors. A massive 6600 mAh battery is present on the board with 42 hours of Talktime. The users can enjoy audio with a 3.5mm audio jack and feature a USB Type-C for charging and data transfer.

It is an affordable device featuring a MediaTek MT6580 chipset with a Quad-Core processor and ARM Mali 400 MP2 GPU. The smartphone houses a 5.5-inch display with 442 x 960 pixels resolution.

There’s a dual rear camera of 5-megapixel and 2-megapixel on the rear side and a 2-megapixel single camera on the front for selfies. Ulefone Note 8 Pro comes with a 2700 mAh battery with 5-7 hours of Talktime.

The smartphone is available in Black, Midnight Green, and Amber Sunrise colors. The smartphone measures 141.7 * 66.5 * 12mm in size and weighs 153 grams.  It runs on Android 10 Go for blazing-fast performance.