Gadgetsblog
HomeHollywoodJust as Megan Thee Stallion confirms that the shooting was done by Tory Lanez, JoJo immediately denies to work with him anymore! 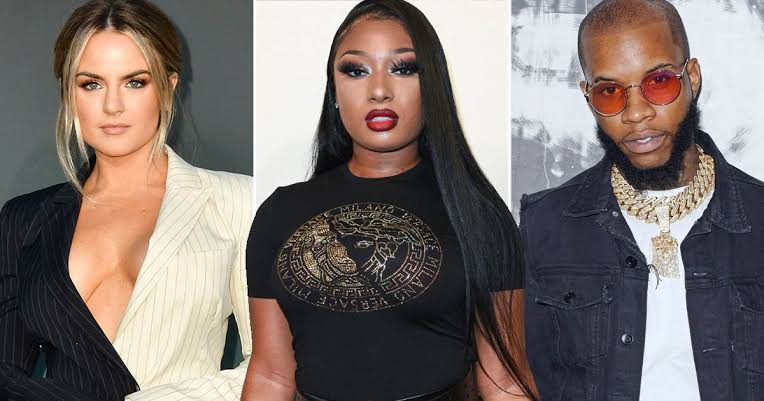 Just as Megan Thee Stallion confirms that the shooting was done by Tory Lanez, JoJo immediately denies to work with him anymore!

Recently the news about Megan Thee Stallion getting shot in the heels broke off and rapper Tory Lanez was arrested as the primary suspect. However, that time Megan did not reveal any details regarding who shot her. Instead, she totally denied things by stating that she had her back facing the car and could not see who really shot her. But, now Megan has changed her statements. Megan openly accused the 28-year-old rapper publically. Megan stated that Tory was the one who shot her as a consequence of an argument that had taken place inside the car and Tory shot her through the window as she exited the car.

This open accusation of Megan immediately had impacts on the rapper’s career. One of the biggest decisions that affected Tory Lanez’s career was taken by Joanna Levesque, also commonly known as JoJo. The singer who is now 29, had previously worked with Tory on a song that was titled “Comeback” and has over 5 million views from when it released in early 2020. However, in a recent tweet made by her, she made some comments against the rapper.

Rumors were going around regarding JoJo not willing to work with Tory anytime soon and also taking him off the latest album, Good to know. To this, JoJo confirmed the rumor in a very unapologetic way and stated that she has taken him off. JoJo was also seen supporting Megan immensely regarding the incident that had taken place. In another tweet, when one of the handles had suggested that replacing Megan with Tory would be a good option, JoJo immediately agreed with the tweet as she replied by cheering in favour of Megan. JoJo made another tweet some time later which indicated that she did not regret what she did to Tory Lanez.