Gadgetsblog
HomeEntertainmentWhat forced Leni to write a declaration in the court about wanting to go with Heidi Klum instead of staying back with Seal? 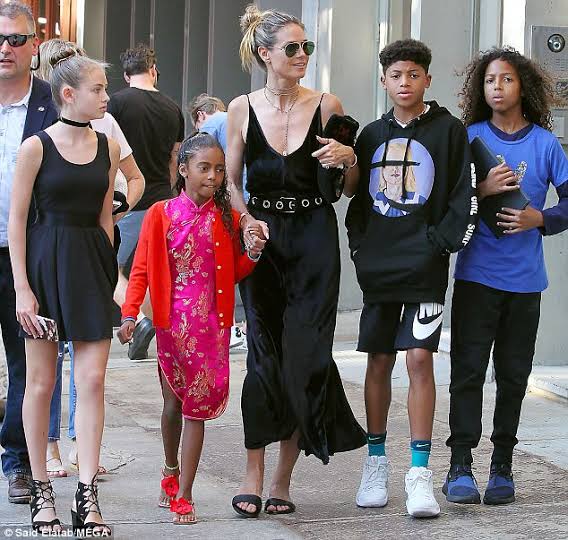 What forced Leni to write a declaration in the court about wanting to go with Heidi Klum instead of staying back with Seal?

Heidi Klum is a widely recognized television personality who is known for her modelling career in America and Germany has been in the eyes of the news previously due to her marriage related problems with spouse, Henry Samuel, also commonly known as Seal who is a British singer as well as a songwriter. Although recently, one of their four kids including Leni, Henry, Johan and Lou, has been the reason why the media’s attention has drawn towards them again.

The former couple is still having differences on various matters that have made their children to make decisions for their own self. Recently, Heidi Klum made a decision to fly to her native land, Germany for the shoot of Germany’s Next Top Model which was due. Heidi Klum decided to take her four children amongst which Leni being the eldest one of 16 years, Lou is the youngest of 10 years and Henry and Johan stood with 14 and 13 years of age, respectively. However, she could not do so as Seal was not on board with the plan.

The father, Seal did not give permission as he was concerned about the children travelling across the world due to the global Corona-virus pandemic. This made Leni take the matter in her own hands by filing a declaration in the court, indicating her will to travel along with her mother. Leni also included her siblings as well and stated that she realises that her siblings are not old enough to be filing declarations on their own but understands their will to do so as well.

Leni also stated that the intention behind her declaration to go to Germany along with siblings and mother was to pay a visit to their grandparents who also reside there. Leni also wrote a letter to Seal and expressed her love for both the parents and merely wanting to find a fair solution.