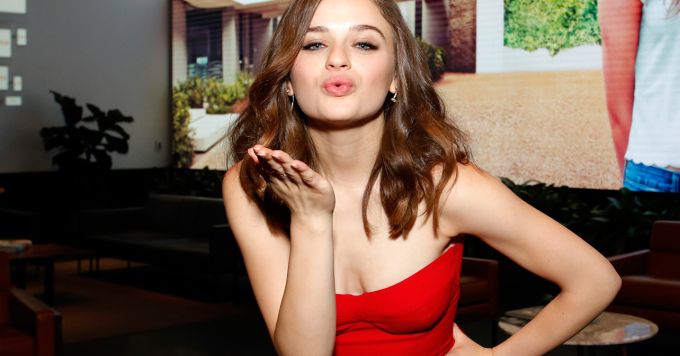 The Lie: Joey King’s Turn as a Murderous Teen. Read to know more about the horror movie.

The young and a powerhouse of talent from the Kissing Booth series, Joey King is set to feature in a horror film this October. This October, we will be able to see on Amazon Prime videos as her Movie titled ‘The Lie’ is set to launch on the online streaming platform. Joey King is all excited about it. The movie is releasing under the Banner of Blumhouse by Amazon Prime. The Blumhouse features a set of movies of similar genre and as a star cast of a variety of filmmakers, actors actresses and directors to showcase their talent. Read the full article to know more about the movie and the star cast of the film.

The film stars Joey King along with Peter Sarsgaard, and Mireille Enos. The film follows a plot where the family of the protagonist has to deal with the repercussions or the aftermath of the incident happened in the past. The protagonist confesses about the murder she had attempt back in the past. The murder involves her best friend being killed by her and the family now has to suffer in the aftermath as she confesses her crime.

In pursuit of protecting her, the family gets into trouble and into more grey territories that would not have imagined. The film first premiered in 2018 at the Toronto Film Festival. The director, Veena Sud has assured of a thrilling experience as you watch the film with your families at home during this pandemic lockdown situation.

The film is directed by Veena Sud and is set to release on Amazon Prime videos on 6th of October 2020. As the pandemic engulfs the world into unknown territories This Dark horror Movie was made and premiered earlier back in 2018 so it did not face any difficulties due to the ongoing coronavirus pandemic situation. Amid this pandemic ‘The Lie’ will bring to you the thrilling crime movie and how the family tries to overshadow the incident. Watch out for the movie on Amazon Prime on October 6th as Joey King hits your screens.