The Conjuring is coming with new a sequel… Check for more updates!!!

The Conjuring franchise is coming with a new installment in its franchise. This is always known for its terror and horror movies.   The Conjuring 3 is an American supernatural horror film directed by Michael … 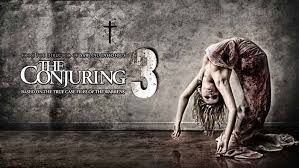 The Conjuring franchise is coming with a new installment in its franchise. This is always known for its terror and horror movies.

The Conjuring 3 is an American supernatural horror film directed by Michael Chaves. In 2013, The Conjuring was released in theatres. The Conjuring franchise made seven films till now and is going to release its eighth installment for the fans on big screens.

What is the release date of The Conjuring 3?

According to the makers, it was first going to a release on September 11, 2020. But due to the global pandemic Covid-19 spreading all over the world at a rapid pace, makers decided to postpone the release date.

The new release date for the movie is June 4, 2021. So fans can go to theatres and watch the film as now the theatres are almost close everywhere.

What is the title for The Conjuring 3?

The Conjuring: Devil Made Me Do It is the new title for the film. Initial development for the movie started in 2016 after the 2nd sequel.

What is the star cast of The Conjuring 3?

Lorraine Warren is the main character of the movie and is played by the actor Vera Farmiga. Young Lorraine Warren will be played by Megan Ashley Brown. Patrick Wilson will play the role of Ed Warren.

Another cast will be almost the same as previous movies.

The Plot: The Conjuring 3

It will be a chilling story revolving around Ed Warren and Lorraine Warren. The story of terror, horror snd supernatural evil that shocked them even they are experienced, real-life paranormal investigators. It will start with a fight for the soul of a young boy. The murder would claim demonic possession as a defense that will happen the first time in the history of the US.

Elsa and Anna are back to take you to the world of fantasy. Here’s every single detail you need to know about the DVD release of Frozen 2.