Gadgetsblog
HomeBusinessWhat Exactly Doctor Anthony Fauci Has To Say About The Vaccine's Developmental Work? Here's everything that you wanted to know regarding the matter. 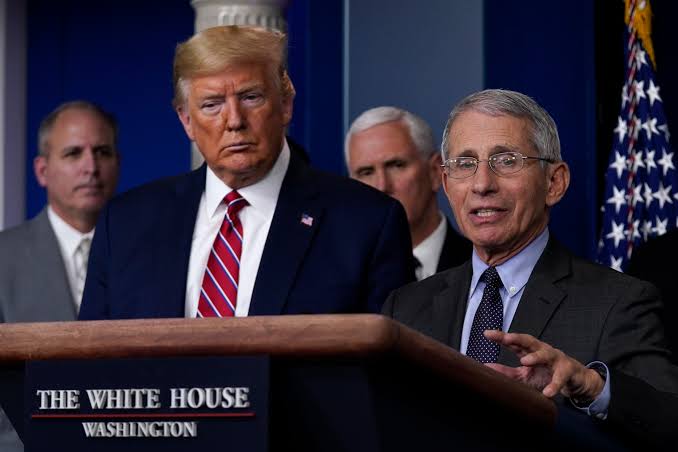 What Exactly Doctor Anthony Fauci Has To Say About The Vaccine’s Developmental Work? Here’s everything that you wanted to know regarding the matter.

Since the outbreak of this deadly horrifying virus, the world has been distributed upside down. Many lives of people have changed. Dealing with coronavirus has become a new normal for everyone. Although the US tops the ranks of the worst affected country.  Each and every country is fighting their own battle to discover a vaccine for the virus but everything seems hopeless now.

Recently the news has been released regarding the vaccine by doctor Fauci. Americans have been waiting with folded hands to witness the discovery of vaccines but yet there is no official confirmation from the countryside. At present, the vaccine is under some developmental work as assured by the team.

A company named “Moderna” has assured the developmental work of its vaccine to the public. The mentioned company is a bit faster than anyone else to enter the third phase of trials of the vaccine. This phase is the last and final most phase of any such vaccines.

Recently during a question and answer session with the Brown University of public health, Dr. Fauci was heard talking about the mentioned developmental work of the prescribed vaccine which is in the third phase. While interacting during the session the doctor was frequently questioned about the effectiveness of the upcoming vaccine and how far it will save mankind.

The answer of doctor Anthony Fauci has taken us to a state of tension due to which everyone is constantly worried about what might happen next if the vaccine doesn’t come as effective as it was earlier expected it to be.

He indirectly denied the probability of the expected success of the vaccine. According to the doctor of the National Institute of Allergy and Infectious disease, the vaccine might be 60% successful and effective rather than an expected 98%. This revelation by him has disturbed the minds of Americans, those who were eagerly waiting for the vaccine to appear.

But now it seems as if all the wait went to vent. Fauci further went on saying that everyone should look at the vaccine as a term against the pandemic, through which the pandemic situation can get better. He has also assured that even though the developmental work of the mentioned vaccine comes out successfully with an effective rate of 50% then that can be distributed among the publics of America.