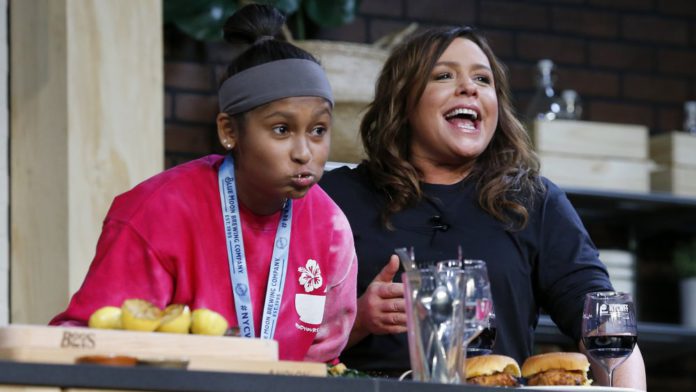 Celebrity chef Rachael Ray suffered a hell lot in this pandemic. The chef’s multistoried house caught fire in the roof and ripped it off. In a tweet, she reported that her husband, her mother, and her dog all got safely out of danger. She also mentioned that she is happy with all that she has. The concerned authorities are at work so as to find the cause behind the fire in Ray’s upstate New York house. The fire reportedly broke out on Sunday and ripped through the upper floor of the house and dealt a lot of damage. Read the full article to know more about the incident and the damage done to the house.

The local fire brigade authorities have reported the house has dealt a lot of damage but the estimated cost is yet not out. The fire broke out on Sunday evening and there was a big blaze of fire on the roof. The Ray family is reported safe. Rachael reported that her husband John Cusimano, mother Elsa Scuderi, and dog Bella Boo were safe and not harmed in the incident much of an accident, to be honest. She mentions that among the items lost or damaged in the fire accident her mobile phone was one.

The 51 years old celebrity cook reported that she is giving all these updates using a team member’s phone. She is grateful that her family is safe and she is content and grateful for what she has left with now in these trying times.

The incident definitely has affected Rachael Ray very much bu the approximate extent of the damage is yet unknown. The celebrity chef in this pandemic was shooting her cooking show from her home kitchen with the help of her husband and an in house cameraman. Even though the fire blaze was destructive it did not damage the kitchen whatsoever. Although the fire ripped off the second floor and damage it heavily the first floor was not harmed much.