Gadgetsblog
HomeEntertainmentThe movie - The Promise - revolves around the eradication of Armenians by the Ottoman Empire!! Was it on Armenian Genocide or the First World War was partly responsible? Click here and get all the information. 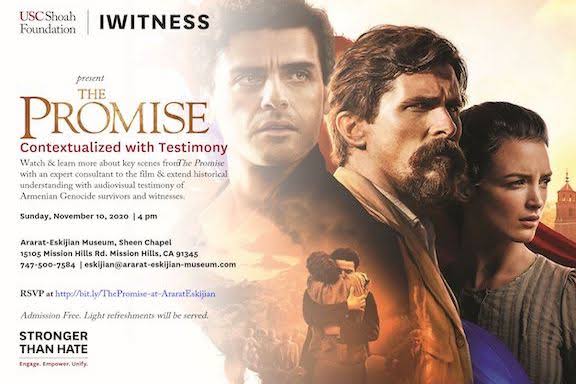 The movie – The Promise – revolves around the eradication of Armenians by the Ottoman Empire!! Was it on Armenian Genocide or the First World War was partly responsible? Click here and get all the information.

One of the realistic movies named “The Promise” has the most incredible and ideal actors in it who will be seen portraying the exact characters of the real story that happened in Armenia. Talented actors of the present time – Charlotte Le Bon and Christian Bane will be seen in the cast of the movie.

The set of the movie revolves in an era where the Empire named as Ottoman – brutally eradicated most of the then population of the place Armenia. That was the foremost heartbreaking and depressing part of the real story of Armenians. That day is now being recalled as the special day of reminder. All brutality happened during the month of April.

Among the many unfortunate occurrences of events, one of them was arresting Armenia intellectuals at that particular time zone. During the first-ever world war, then the government of the mentioned Ottoman Empire decided to get rid of the Armenians. Their all properties and other goods were forcefully seized from then and then they end up getting exiled.

By the year 1922, the Armenians saw a huge drop in their population. From a total of 2.1 million in the year 1914, it fell miserably after eight years to somewhat of 387,800 during the year 1922. Peter Balakian stated that the Armenians were brutally challenged by the social changes. They even asked regarding the equality between a Muslim and a Christian in that entire empire.

After bearing the losses from the Balkan wars it had, the empire thought of attaining its full strength by eradicating the mere population of Christian entirely from the empire. Ottoman empire concluded that such eradication will be on their positive side.

These thoughts became identical to Nazism thought that in order to revive from a given situation the state must get rid of a minority group. That was for the very first time when a particular nation became techno-friendly.

The empire used a higher level of military communication and ideology in order to process the eradication of the minority group(Christians). Although Genocide includes ten phases in it. Specifically classification, symbolization, discriminations, and also other stages which at last leads to denial of the government.