After more than three decades in the laptop business, Toshiba is saying goodbye.Photo: Yoshikazu Tsuno (AFP (Getty Images) Toshiba will officially no longer be making PCs. To be fair, in recent years it had taken … 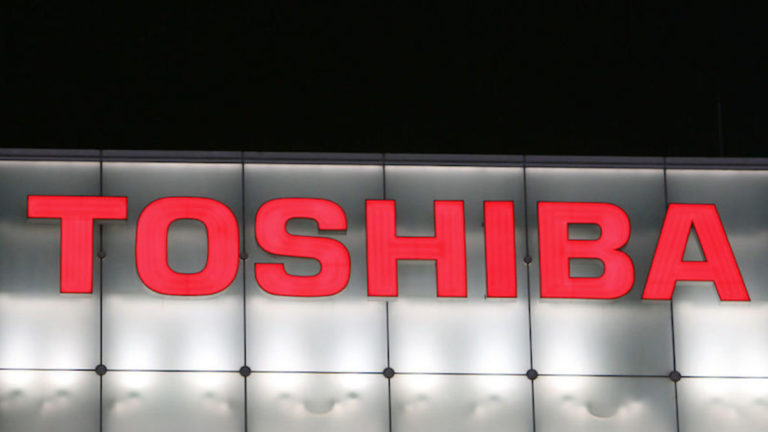 Toshiba will officially no longer be making PCs. To be fair, in recent years it had taken a step back from making laptops, but this goes beyond that. It’s a complete exit.

In a little-reported press release published this week, Toshiba issued a short and to-the-point statement announcing that it had transferred its remaining minority stake in its personal computer business to Sharp. Toshiba sold 80.1% of this business unit, which its new owners renamed Dynabook, to Sharp in 2018, retaining 19.9% of shares. Sharp currently sells laptops under the Dynabook name.

In its statement, Toshiba said that Sharp had exercised its right to buy the remaining shares of Dynabook held by Toshiba in late June, and it had completed procedures for their transfer.

“As a result of this transfer, Dynabook has become a wholly owned subsidiary of Sharp,” Toshiba said.

And with that, Toshiba said goodbye to personal computers. Nothing about its more than three-decade run in the PC business or how it felt about leaving in its farewell statement. Yeah, I get it; it’s just business. But I expected maybe a sentence or two reminiscing about its history.

Toshiba launched its first IBM compatible laptop computer, the T1100, in 1985. It is considered one of the computers that fueled the growth of the laptop industry. Per Computer World, although there were other laptops on the market, the T1100 included a basic feature set that would set the standard for PCs for the next two decades. These features included internal rechargeable batteries, an LCD screen, a 3.5-inch floppy disk drive and compatibility with the IBM PC.

Nonetheless, some Toshiba executives were originally skeptical at the idea of a transportable PC—in the 1980s, PCs were popular but very big—that was IBM compatible, per Computer World. The project faced many hurdles, from lack of financing to a floppy disk drive that was too small to run any software, but eventually pushed through.

According to the Register, Toshiba led the laptop market through the 1990s and much of the 2000s, and was often ranked among the top five PC venders. What happened? Companies like Lenovo, Apple, HP and Dell started building better laptops, and Toshiba’s laptop business became weaker. It sold the majority of the division to Sharp for $36 million in 2018.

To those of you fond of Toshiba laptops, you’ll always have your memories. Tell us about them in the comments for a quick stroll down memory lane. As for Toshiba laptops, it’s been good knowing ya.

TUBERCULOSIS:BIGGER DANGER THAN CORONAVIRUS TO THE WORLD