Gadgetsblog
HomeEntertainmentTekashi 6ix9ine is running for his life in the recent video? Find out what really happened. 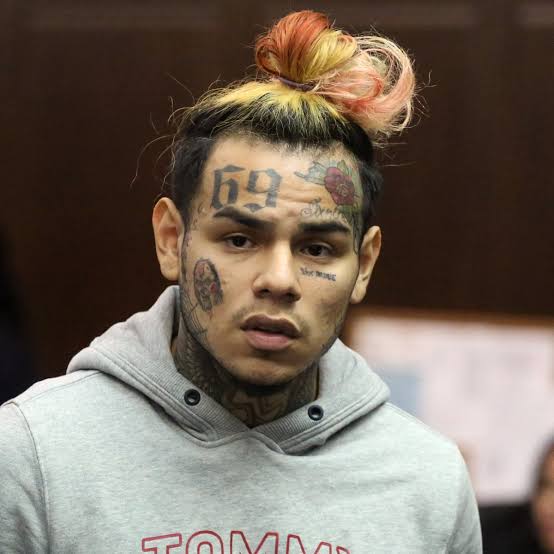 Tekashi 6ix9ine is running for his life in the recent video? Find out what really happened.

Tekashi 6ix9ine or also called 6ix9ine is an American rapper. His actual name is Daniel Hernandez. He is recognized for his rainbow hair and multi coloured teeth. Other than that, he is infamous for the controversies revolving around his name. He was also defamed for his habit of trolling the people around him, any time and anywhere.

Not long enough when the rapper started to gain fame, he was faced with controversies of allegedly being involved in sexual abuse. However, this just got him more attention. The rapper released his track titled, Gumbo. Gumbo proved to be a massive hit with over millions of views on the same.

The career of the rapper did not stop growing thereafter. The biggest achievement of the rapper was a recent collaboration with the famous Nicki Minaj. Other than that, he also did various collaborations with celebrities including Kanye West.

However, 6ix9ine kept getting in trouble due to his past actions. He was also recently charged for Racketeering charges. The internet, mainly his Instagram helped him get famous and this keeps bringing him down as well.

The rapper does not stop grabbing people’s attention in his notorious ways. In a recent Instagram post, 6ix9ine uploaded a video. The caption did not allow the audience to understand the context. The initial parts of the video hence portrayed that the rapper was being attacked and was running for his life.

The video ended with a man handing over a dollar bill, indicating that he was just trying to return what fell off the rapper’s pocket and meant no harm. But, was this really the best for the self-proclaimed king of New York to seek attention?