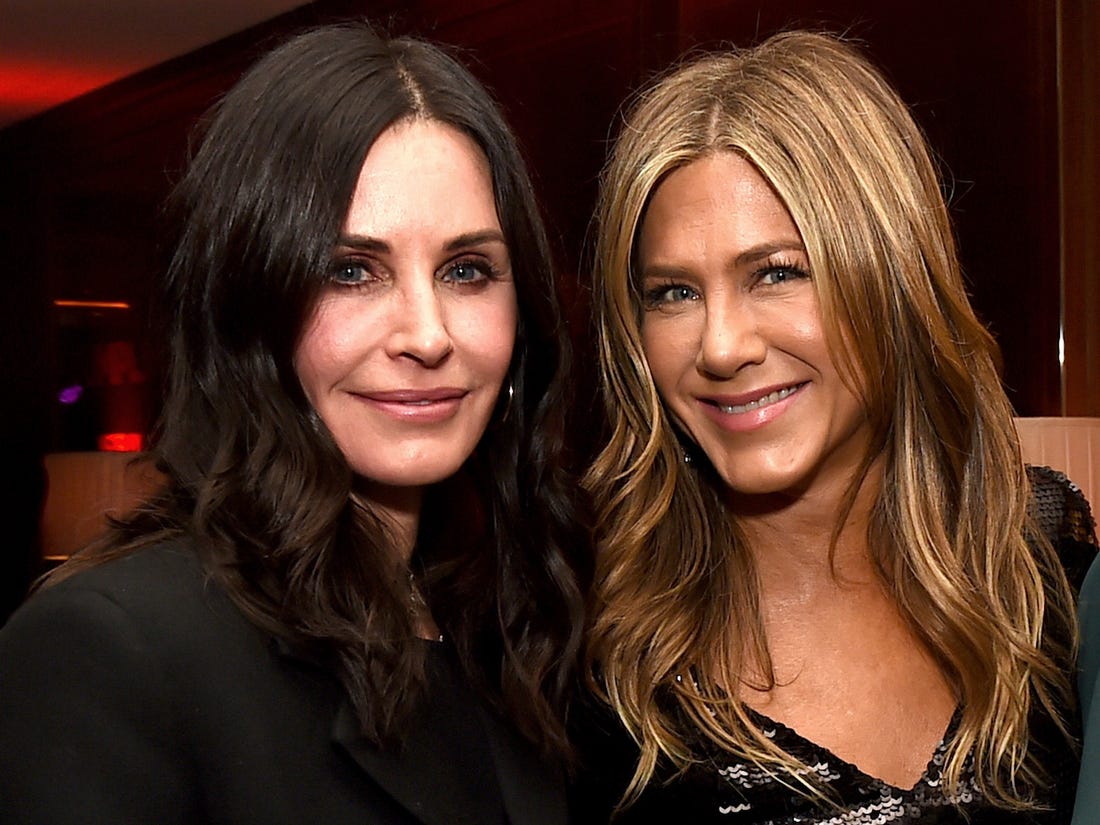 Friends is a very popular show from 1994 and even after a long run of 10 years, friends never get out of the business ever. The very beautiful show reveals the best friendship of 6 people who love each other.
The role plays named Ross, Rachel, Monica, Phoebe, Joey, and Chandler are the favorite of half the teenagers. The interesting fact is that the characters are very close to each other both on and off the set.

Jennifer Aniston is a beautiful actress, film producer, and businesswoman. She is known for her famous character named Rachel and many exceptional and thrilling film performances. She is more fit than any woman of half her age because of her tireless exercising to maintain her athletic figure. Though she’s never given out her work our routine, we’re pretty sure it includes some cycling. Courteney Cox, who we know as Monica is very close to Jennifer in real life and they share a beautiful friendship. Courtney is an icon in the Hollywood industry and she is one of the favorite characters of all time.

The friendship between Jennifer and Courteney is true behind the show also. They are seen together at many events, house parties along with Lisa, thus showing the trio rocking their world. There have been many gift exchanges between these two and many incidents prove their thorough liking for each other.
Once Jennifer got a liking for bicycles as it is a very good exercise. So Courteney gifted her a bicycle worth of eight speeds and a plush, leather seat, and a saddlebag with the famous Chanel logo. This cost a whopping $12,000.

Well, many friendships may come and go, but true ones will always stay.