Gadgetsblog
HomeEntertainmentNick Kyrgios Is Concerned More About The Lives Of People Getting Affected Due To The Spread Of Covid-19. Nick won't Be Playing This Year. 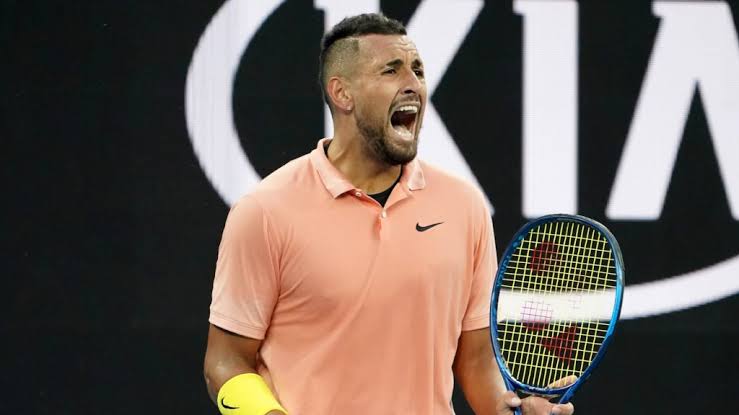 Nick Kyrgios Is Concerned More About The Lives Of People Getting Affected Due To The Spread Of Covid-19. Nick won’t Be Playing This Year.

Currently, the situation of the world has been totally disturbed. Many people have lost their lives. The ongoing tensions reflecting from the outbreak of this deadly horrifying virus is increasing day by day. Nick Kyrgios who is a tennis player has recently announced his concerns about the lives of the people.

The current Australian tennis player – Nick Kyrgios in a video recording has spoken to all tennis fans regarding his concerns. He denied playing in the US Open at New York in that video too. He was seen saying that keeping other things aside we should concentrate more on the real problems happening around us.

His exact words were about taking a breath and considering what’s much more important for the society and the community. Health and safety should be the main objectives of each and everyone in the present scenario. Further, he also added that the lost lives of people can never be recovered again unlike the sport and economy of the country.

The Australian tennis player holds a world rank of forty (40). A schedule has been prepared for the upcoming tournament of the sport which is to be held during the month of August to September of the present year.

He further went on saying that he had no problem with USTA conducting the tournament during the month of June but however he has a problem now. He has asked the players who all will be playing to take all the safety measures. He even used the term “selfish” for the organization.

A video was posted on an Instagram account where the player was seen expressing his emotions regarding he feels about not being able to play this year’s tournament due to real problems hovering around the globe. But he was seen full of sympathy for those people of America who have lost their lives due to the spread of this mentioned virus.

The player called them selfish to those who were once a part of Novack Djokovic’s and were later on tested positive. He asked them to think of others once in their life rather than just thinking about themselves. He requested them to act maturely and smartly than just getting worried about world rank and the money associated with the sport.