THOR IS COMING BACK WITH LOVE AND THUNDER- EVERYTHING THAT YOU NEED TO KNOW SO FAR!

Thor is one of the most popular and sensational movies of all the times. It is an American superhero film based on the Marvel Comics character of the same name. The producer of the movie …

Thor is one of the most popular and sensational movies of all the times. It is an American superhero film based on the Marvel Comics character of the same name. The producer of the movie series is marvel studios and distributors of the movie are Paramount pictures.

Marvel Studios and series of Thor is famous for its unbelievable cinematic experience and the amazing content it brings along with a colourful experience of movies.

The movie has earned a massive amount of collections and fans till now who constantly cheers up for new parts of the movie Thor. 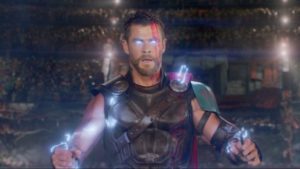 Love and Thunder: Thor 4- when is it coming?

Part 4 of Thor: Love and Thunder were confirmed at 2019 Comic-con. The movie was scheduled for November 2021 but suddenly the Marvel studio announced a shift in release date to 11Februry 2022 due to the delay in shooting and development of the movie because of the world pandemic of COVID 19 situation. Another reason for the delay is that the makers and writers have to enhance the script ad story of the movie.

Now the scheduled date of the movie is 11 February 2022 if the movie doesn’t encounter any further delays.

The plot of Thor 4

The movie Love of Thunder will be made on Thor comics of Marvel all-star writer Jason Aaron. In this movie, Odison loses the ability to lift Mjolnir and Jane Foster will pick up the role of Thor while battling his disease of cancer in human hours. 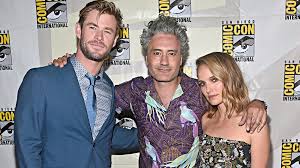 The very handsome Chris Hemsworth is returning to his ever-charming role of Thor that is admired by the whole world. Natalie Portman will play the role of Jane Foster.

Other characters that are joining the adventure of Love and  Thunder includes Christian Bale, Taika, Tessa Thompson, Edris Elba and Jeff Goldblum.

James Bond No Time to Die full cast : Get to know all the characters addition and who all are exiting the show.