Twenties Season 2 is back!! Know more details about the show..

The twenties is an American single-camera comedy series created by Lena Waithe. The firsts season was premiered on BET on March 4, 2020. A total of eight episodes was aired yet. If you like comedy … 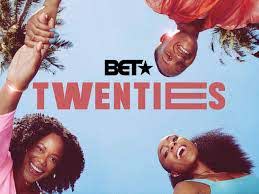 The twenties is an American single-camera comedy series created by Lena Waithe. The firsts season was premiered on BET on March 4, 2020. A total of eight episodes was aired yet. If you like comedy shows then here is the good news for you!!!!

The twenties is coming back with next season. In June 2020 makers want to renew it. The sequel follows strong critics and fan followings. Fans are excited to know and watch more of the show. Due to the higher admiration and a big hit of the show, makers are all set for another interesting season.

What is the storyline of Twenties?

A queer black woman in her twenties, Hattie and her two best friends Marie and Nia trying to live their life, love, and career at the same time in Los Angeles. The irony and comedy revolve around the three women who want to settle in Hollywood. They live their lives separately but kept in touch with each other and solve each other’s problems.

It is not officially announced yet for the release date of the new sequel. But fans who are eagerly waiting for the show must-have wait more for it. As it is not coming soon, in spite of, all situations happening because of the global pandemic Covid-19.

So it can be delay more than that of a fixed schedule.

The cast for season 2 is not finalized yet but we are sure these three main women will come back in next season as they are the main characters of the show. Jonica T. Gibbs as Hattie, Christina Elmore as Marie,  Gabrielle Graham as Nia.

Another character will also play a role in the next season.

Writer Lena Waithe wrote her experience of her early twenties when she moved to Los Angeles. Hattie tries to face new challenges in a new city as shown in season 1. Hattie got fired from her job because of her friend. Season 2 will continue the season 1 where it ends. Although makers did not reveal the plot for next season.

Batwoman is back with season 2!! Will Ruby Rose play the character of Batwoman or not?