Gadgetsblog
HomeEntertainmentSolo Leveling Season 2 is coming out next month of this year, 90% sure as we know the situation.

Solo Leveling Season 2 is coming out next month of this year, 90% sure as we know the situation.

Solo Leveling is not a Japanese anime it is a South Korean web novel, a book that is only available online and it is also serialized (broken down into series). The makers are coming up with season 2 for the fans. 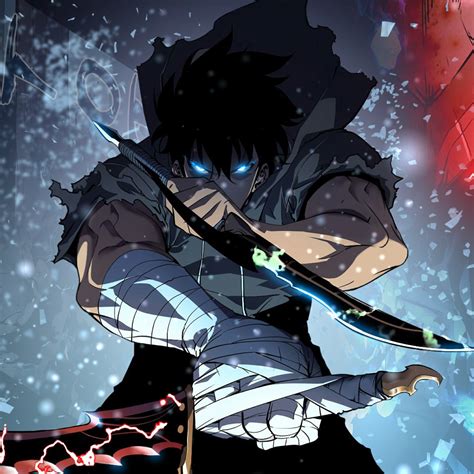 This web novel is somewhat similar to Avengers where a portal has opened up on planet earth and various creatures have entered the world. Now as there are villains there are going to be heroes as well, so some humans can hunt these creatures down and save the earth (not in an environmental way but literally). The hero of this novel Sung Jin-Woo is not that typical strong, leaderlike superhero but the complete opposite of that, he is the weakest even compare to humans. Suddenly the hunters are found trapped in the dungeons and only a few of them escapes including Sung, he is the only one who passes all the trials in that dungeon and turns into a player. As a player, he has to complete all the tasks to go to another level to transform himself from the weakest to the strongest. This is novel written in a comic style to make it more interesting for the readers, the novel is written by Chu-Gong and is serialized by Kakao. The first season has 110 chapters, in the last chapter, we saw Sung was stuck in traffic when he receives a phone call from a high authority informing him about a blue gate that has opened in the middle of the road, hence the traffic. He is ordered to enter the gate even though he is not qualified, after entering the gate changes it’s color to red and we see Sung getting ready to fight the monsters.

Season 2 is going to continue from there, all the questions related to the gate, Sung fighting to protect his family, and how will he ever come to know what Mrs. Selner saw?  Season 2 going to be released in August 2020 but depending on the situation we should not ignore the fact it can get postponed.