Narcos Mexico 3 –  Will There be Trilogy to The Series? Is This the End of Gallardo ? Get the Latest News Here

The drama continues to unfold as viewers are expecting Narcos Mexico to hit their screens. Rumour has it that the makers are neither agreeing nor denying to the speculations of season 3. However, … 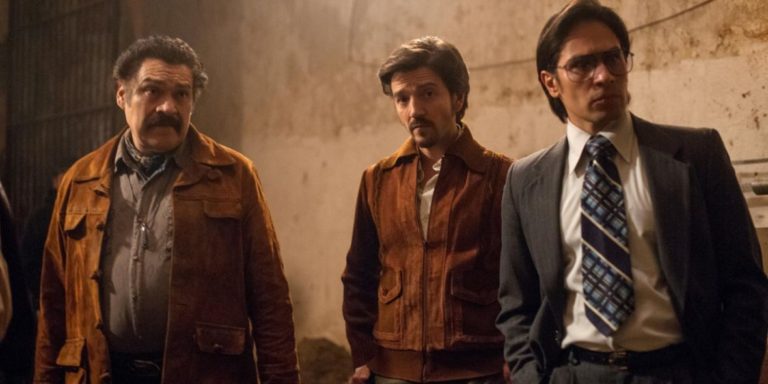 The drama continues to unfold as viewers are expecting Narcos Mexico to hit their screens. Rumour has it that the makers are neither agreeing nor denying to the speculations of season 3. However, even if the trilogy succeeds, it will not come out any time soon. One reason is that season 2 just premiered in February this year. This year due to the spread of the pandemic, the production and shooting is not possible. So there will be a further delay in the season.

The story revolves around the famous Mexican drug war. The cartels of Columbia spread their tentacles further into the United States. Félix Gallardo’s life around the cartel members and Drug Enforcement agents takes news turns in the second season. Created by Chris Brancato and Doug Miro, the series was supposed to be a part of the Narcos series. But it has developed into its companion series. Its premiere took place on Netflix in 2018. Since then, Gallardo has become a loved character. However, there are speculations if we’ll see him in the next season or not!

After killing DEA agent Kiki Camarena, Gallardo is arrested and put behind the bars at the end of season 2. However, it is becoming highly dubious if the makers are waving goodbye to the character. Before the arrest, we see the Cartels Tijuana, Sinaloa and Juárez forming. These will set the premise for the drug war and bloodshed with the new generation cartels. But, a Mexican jail can operate as an office if there is the latest news available. So Gallardo might also become a part of the war in the coming season aided by Breslin. The fans surely don’t want to bid adieu to this character.

Following the story in a different location, like its parent shows Narcos, it has been critically acclaimed. It also signifies the distorted political opinion and strategy and develops on the tragic chain of events. The show has an IMDb rating of 8.4/10 while Rotten Tomatoes gives it 88% viewer appeal. The Netflix series has left enough to binge-watch in Corona times. We expect a word on release soon.  Watch the trailer and updates on YouTube.

Solo Leveling Season 2 is coming out next month of this year, 90% sure as we know the situation.

Is KUTWK season starting again??Can we expect Rob Kardashian in it??What are the shocking answers given by khole kardashian!!!!