Is KUTWK season starting again??Can we expect Rob Kardashian in it??What are the shocking answers given by khole kardashian!!!!

Khole Alexandria Kardashian is a famous American media personality, socialite, and model. Khole Kardashian is well known for their work in reality shows along with her brother Rob Kardashian. She started a show by making … 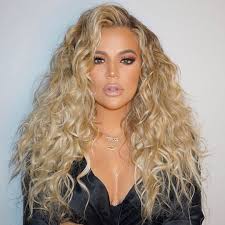 Khole Alexandria Kardashian is a famous American media personality, socialite, and model. Khole Kardashian is well known for their work in reality shows along with her brother Rob Kardashian. She started a show by making all her family in it as Kardashians.

During an interview, she was questioned by the host as “can we expect rob this time”?? for that hole told that her brother Rob is going to be seen in reality t.v. soon where they are shooting in their home during this pandemic situation by following the void guidelines.

Khole Kardashian is a well-known model and media personality in the u.s.where she started a reality show including her family as “Kardashian’s”.Khole’s full name is Khloe Alexandria Kardashian who born in Los Angeles, California on June 27th, 1984  to kris and Robert. Khole’s family suddenly came into limelight by the leaked sex tape of her sister and former boyfriend. From that Kardashian family got popularised and endorsed with money. They also acted for beauty products,coca-cola, and waist-slimming pants for which they paid $75000 per post on Instagram, Facebook, and Twitter. After their works in t.v, it led to the creations of spin-off’s including Kourtney and Khole Take Miami and Khloe & lama. Now, they are planning to make a series of it.

Is Khloe having another baby???:

Coming to her marriage life, she married basketball player Lamar Odom on September 27th, 2009, where they got married after one month of their first meeting. After the marriage, she removed her middle name Alexandria and added her husband’s surname as Khloe Kardashian Odom.

But after months of speculated separation, Khloe filed for divorce from Odom and for the legal restoration of the last name on December 13, 2013. Their divorce finalized in December 2016.

In the recent interview of her, the anchor asked her about baby-shower photos; where she clarified as she attended baby-shower but not her, her friend where they followed COVID-19 guidelines. And she confirmed that she wants children depends on god’s grace, but for now, she is not pregnant.

Narcos Mexico 3 –  Will There be Trilogy to The Series? Is This the End of Gallardo ? Get the Latest News Here

The Orville Season 3: release date, plot, cast and every single detail we know so far.