Gadgetsblog
HomeEntertainment50 Cent promised to leave the rap industry if his album didn't do well in front of Kanye West's album. Read to know the full story. 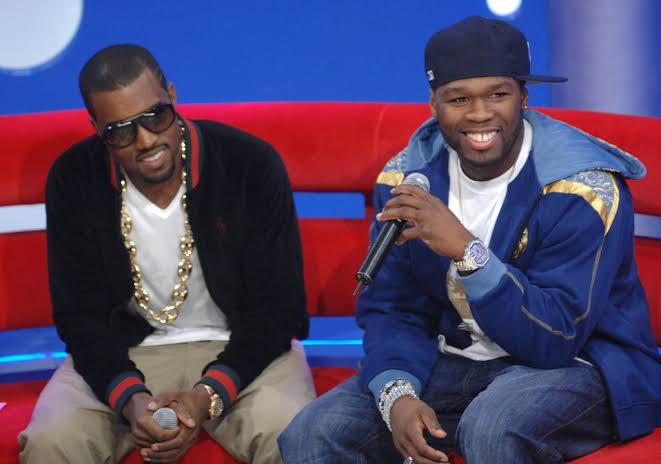 50 Cent promised to leave the rap industry if his album didn’t do well in front of Kanye West’s album. Read to know the full story.

The new Kanye West and 50 Cent are one of the best rappers to date. In the year 2007, they gained everybody’s attention due to the rivalry between the two. Though at first, the rivalry was just a friendly competition between the two rappers. They created a dramatic environment in the whole music industry. This also leads to many musicians to leave the industry. Now the question is what happened between the two? What made them become each other’s enemies? It was also said that some magazines became overrated as people were curious to know more about the high profile rivalry that existed between Kanye West and 50 Cent.

In the year 2007, 50 Cent announced that his album, Curtis would release on 11th September 2007. Then Kanye West also decided to release his album, Graduation on the same date. This resulted in the development of bitter feeling among the two. 50 cent was confident enough that his album will do better than West’s album. He took to his twitter handle to let down Kanye West. He wrote that the West should be terrified. He tried his best to insult Kanye West. He stated that if Kanye West would be successful in selling more copies than Curtis, he would leave the music industry and also would never record any solo album.

The results: Curtis Vs Graduation

Both the albums earned really well in its first week itself. Curtis and Graduation succeeded in breaking all the sales records. They received an overwhelming response from the audience. 50 Cent’s album Curtis sold 6,91,000 copies within a week of its release. On the other hand, West’s album Graduation really got a crazy response from the fans. It sold 9,57,000 copies within a week of its release. So the result was quite clear.  Kanye West was the clear winner. He sold many more copies as compared to 50 Cent.

Did 50 Cent stand on his words?

50 Cent announced that if Kanye west’s album sold more copies than his Curtis, he will bid goodbye to the music industry and won’t be recording any solo songs further. But it seems that 50 Cent doesn’t value his words. He created another solo album namely ‘Before I self destruct’ and after that released one more solo album, ‘Animal ambition: An untamed desire to win’. It didn’t do well as Curtis did. It sold a satisfactory amount of copies but didn’t prove to be a record-breaking one. Later that in the year 2015, 50 Cent accepted that his decision to not create any solo albums further was just to gain limelight and to create a controversy in order to sell more copies of Curtis.