Gadgetsblog
HomeTechnologySuperman Henry Cavill is breaking the internet and how! Read to know how the Witcher actor built his gaming PC. 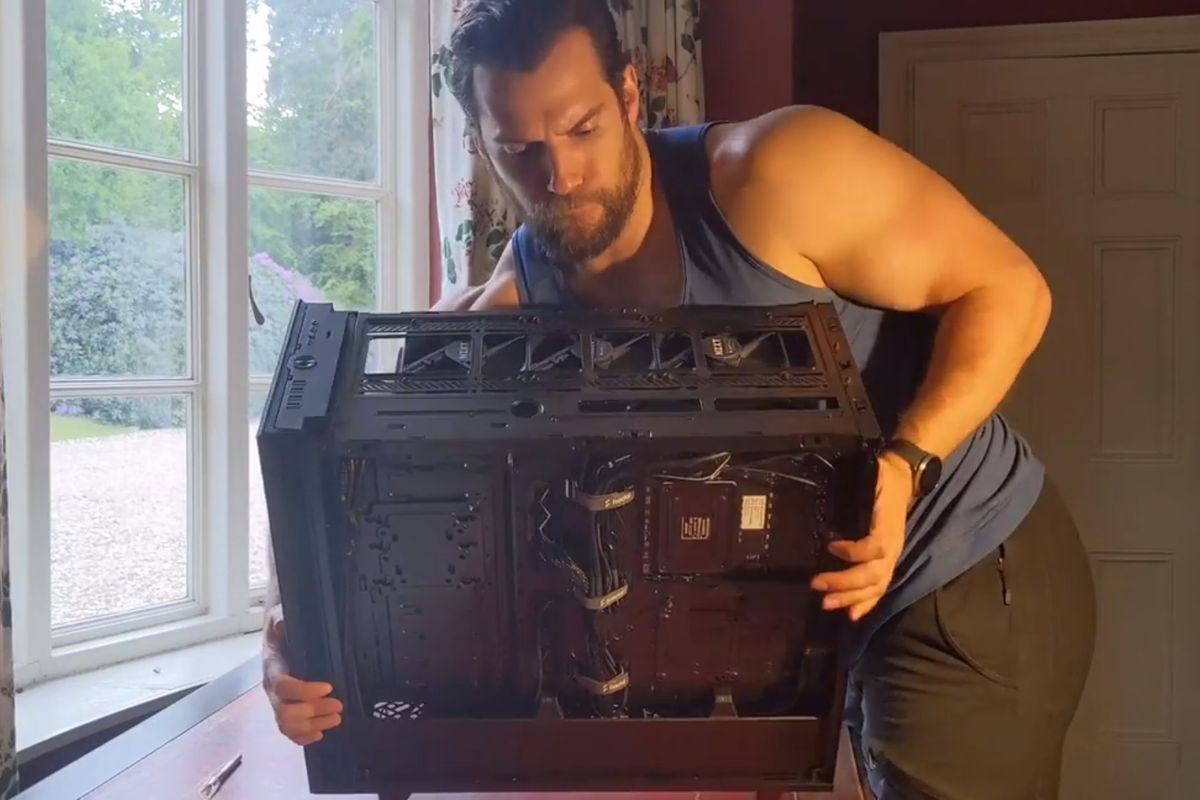 Superman Henry Cavill is breaking the internet and how! Read to know how the Witcher actor built his gaming PC.

If the title got you intrigued let me add more spice to it. Not only he built a gaming PC but he did the task ever so seductively by posting the video on his Instagram handle. Fans are drooling over him and this is how he broke the internet.

The Superman fame posted this video with the caption suggesting the viewers that it isn’t for everyone and cheekily advised discretion. Henry Cavill also hinted that “you may see a lot of parts that you haven’t seen before”. The actor added the tune of Barry White to the video which adds all the feels. His hashtags included “all night long” and “all the parts”, he surely is making his fans to drool and feel blessed. The video is what you could watch all day without getting tired. Perhaps the only PC assembly video most of us would love to watch.

In this video, we spotted Henry Cavill with an Nvidia 2080 TI  GPU, an AMD Ryzen 3900x, ROG crosshair hero, motherboard, two 1 terabyte Samsung SSDs, 32 gigs of DDR4, ram and an Asus rob swift pg27uq gaming monitor. This brings us in at just over 4700 bucks for his gaming setup.

the new 3000 series Nvidia GPUs are just around the corner so he’ll probably have to upgrade soon if he wants to be on top of the line. The moral of this story is that building a PC isn’t as hard as it looks and The Superman is just like us. 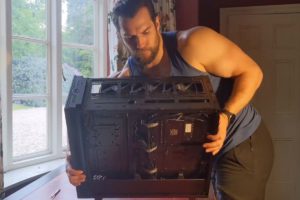 As a lover of Henry Cavill’s Superman and Witchers,  I personally like the finished product of the gaming PC. Let’s face it, having the luck to be able to watch Henry Cavill in a tank top, even a gaming PC, is worth a watch.
The Witcher and Superman fame has also shown interest in such little projects which he does whenever he gets his free time out of shoots and production. He had hinted about his PC building project at home back in December last year. Henry Cavill has also shown interest in gaming earlier and finds time to play games like War of worldcraft, Total Wars, etc. He is also interested in painting small toy models. His interest in such fields can be seen from the posts on his Instagram handle in the past.