Gadgetsblog
HomeEntertainmentMAGIC IS IN THE AIR: MAGICIAN SEASON 5 EPISODE 12 :THE BALLS- HERE'S ALL YOU NEED TO KNOW!!

MAGIC IS IN THE AIR: MAGICIAN SEASON 5 EPISODE 12 :THE BALLS- HERE’S ALL YOU NEED TO KNOW!!

The Web series Magicians is an American fantasy series is based on a novel of the same name by Lev Grossman. 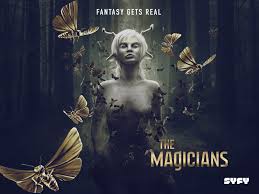 The show has a decent amount of fanbase, making it to do season 5 successfully with a bang.

The season 5 aired from January 15 to April 1, 2020, and has impressed the audience tremendously. The episode 12 of the season is a little extra special.

The most special thing about the Magician series is that it always includes a music video in every season. In this season episode, 12th is the musical experience of the entire series.

The story revolves around Quentin a student of grand who enters a college specializing in magic. He experiences that the magic that existed in books and movies are very much real. Throughout the journey of first four web series Quentin learns and performs magic.

His gang Brakebills is always with him throughout the journey. However, Quentin dies in the finale of 4th season of the magicians.

The Brakebills is trying to process and overcome the death of Quentin in season 5. After a lot of emotions bottled up in the hearts of the members of the group, the 12th episode arrives. They all unite in 12th episode with a song after a lot of drama and emotions with a song. The special bonds are alive again, especially in between Alice and Eliot who were facing issues.

The episode becomes more special when Santa gives a guest appearance in the episode- ball games. The 12th episode is the limelight of the season 5 and it indeed impressed the audience and served its purpose. 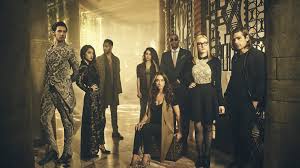 The cast of episode 12 Season 5

All the characters have something different to contribute to making the season and episode must watch.