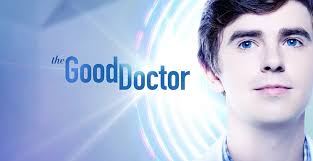 The well known American medical Drama TV series, The Good Doctor aired by ABC is likely coming back for Season 4. The series was based on the South Korean hit drama of the same name. The original release of the first episode was on September 25, 2017. Although it was initially meant to be a three-season show, the immense popularity and huge fan base demanded a comeback.

The show’s creators announced the renewal of the fourth season on March 30, 2020.

Unfortunately, due to the corona-virus pandemic right now, production has delayed causing the release to be as late as early 2021. There is no official trailer released yet however viewers will be posted along with updates.

There was a lot to unpack after the wrap up of season 3. We see how the series concluded with a highly anticipated two-part finale, that involved heroism, romance, and the death of a beloved character. Luckily, there is still a lot to look forward to when season 4 rolls around which will likely come back sometime around September 2020.

Coming to the casting, the main cast of the show will remain the same as the previous season.

Dr. Claire Browne will be played by Antonia Thomas, Dr. Marcus Andrews by Hill Harper, Dr. Audrey Lim by Christina Chang, Dr. Shaun Murphy by Freddie Highmore, Lea Dilallo will be played by Paige Sparo, and Dr. Aaron Glassman will be played by none other than Richard Schiff! Sadly, not all of them are going to return for the fourth season. As fans know, Dr. Neil Melendez played by Nicholas Gonzalez died and he will leave the cast thus marking his last appearance as a surgeon.

As of now there no juicy season 4 spoilers but we will be keeping a lookout for them! In the meantime, you can catch up on the rest of the episodes on Hulu or Amazon Prime.