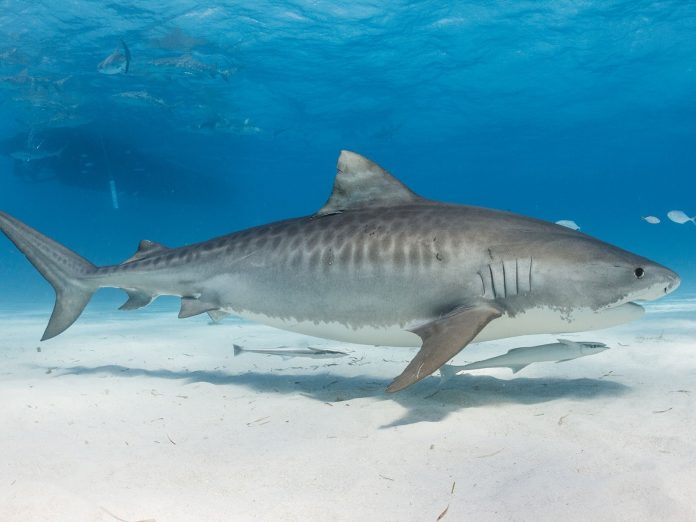 A New Study Find, The Migration By Tiger shark Is Changed By Climate.

The study showed that as ocean temperatures increase, so do the ranges of tiger sharks. With these changes in movement patterns coming at just about the perfect time for commercial fishing operations – which are happening more often now because of climate change-t, Cooler waters mean less protection than before and this could be bad news not only for those animals but also our seafood appetite!

Tiger sharks can now roam around in waters off the northeast U.S., which was previously thought to be too cold for them but recent studies show that they thrive with increased temperatures and plenty of food sources like seals or sea birds! 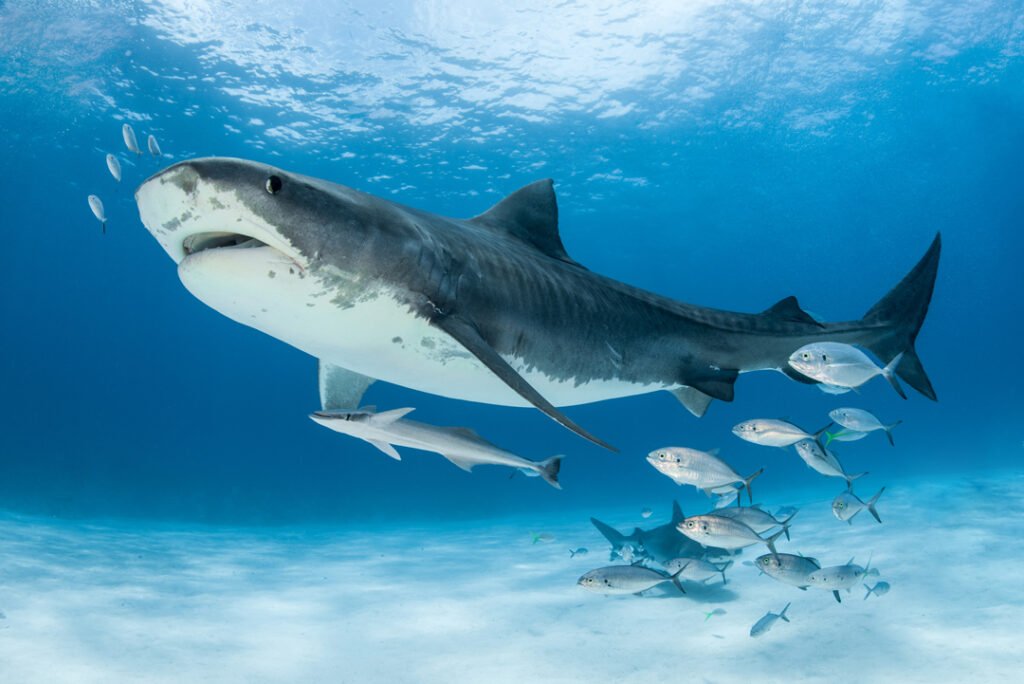 The tiger shark is a marine animal that can be found all around the world, but its numbers have declined due to humans targeting them for commercial fishing. “Tiger sharks expanded polewards in response,” said Neil Hammerschlag from University of Miami’s Rosenstiel School Oceanography Department and they do so when water temperatures rise as well–which means more people hunt these creatures outside protected areas too! This might leave them vulnerable if we don’t protect our oceans soon enough.”

HammerSchlag and his team discovered these climate-driven changes by analyzing nine years worth of tracking data from satellite-tagged tiger sharks, combined with nearly forty years’ worth of recaptures supplied by NOAA’s Cooperative Shark Tagging Program. The researchers found that when it comes to temperature rise in the waters off Florida there is no such thing as “a little bit.”

Tiger sharks are finding themselves in unfamiliar territory, with warmer ocean waters stretching their migratory patterns to new limits. A study found that for every 1 degree Celsius increase above average water temperature along the US northeast coast there was an additional 250 miles (400 km) journey taken by these migrating creatures during this past decade when surface temperatures were at their warmest on record; they also migrate 14 days earlier than usual each year!

This is an important finding because it may have a greater impact on ecological dynamics. “Given their role as apex predators,” said Hammerschlag, “ these changes to tiger shark movements will alter predator-prey interactions which could lead to imbalances with other animals and humans.”

A recent study published in the journal Global Change Biology has found that warming oceans are shifting demographics for an apex predator, wiping out some populations while benefiting others.

The researchers discovered this after analyzing fatty acid concentrations of sharks caught off Australia between 2008 and 2018; they determined an oceanographic change was responsible because unfavorable conditions increased nutritional stress on fish which led them away from higher latitudes towards equatorward migration paths (away) where it’s warmer—allowing more individuals access to food sources like prey animals or humans being eaten alive at our dinner table!

The study’s authors are from all over the country, including Neil Hammerschlag atUMRosenstiel School; Laura McDonnellandMitchell Rider of Mississippi State University in Starkvilletoland Garrett Streetalongwith Melanie Boudreaufrom Manette State University. They have spent years researching why there has been such a drop in catches of fish populations across our oceans – but no one knows for sure unless we look closely enough!

This study would not have been possible without the generous support from organizations like Batchelor Foundation, Disney Conservation Fund, and Wells Fargo. The Herbert W Hoover foundation also helped make our ocean dreams come true by providing funding for this research vessel!

This journey isn’t over yet though- we still need your help keeping marine debris out of sight so it doesn’t cause more problems than solutions on land or sea.”