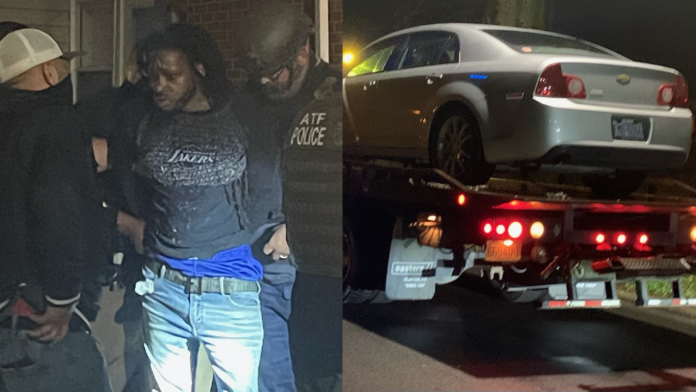 As she walked past the makeshift memorial on her way to work, Justina Hemphill didn’t think it would be this difficult. The year started with a bang and already feeling overwhelmed by grief over missing Andy’s funeral back in November; now here she stood at another small gathering of people honoring him-a a husband, father & son who had touched so many lives through his music—as if he were still alive!

The day before I left for Fayetteville last week (the first since his death), my mom called from California asking “if we knew anyone up there”. My heart withered when hearing those words because surely someone must have heard about what happened? But no…we

Stephen Addison, a 35-year old motorcyclist from St. Louis was shot and killed while on his bike Monday afternoon just outside of downtown Overland Park. He left the gym less than an hour before this occurred at Cliffdale Road (the corner) near Skibo Street.”

The girl’s voice was filled with pain and resentment. “I just pinch myself hoping that by doing this I will wake up from my bad dream,” she said, struggling to get the words out between sobs.”

A 51-year old man is charged with first-degree murder after he pulled a gun at an intersection, killing another driver and father of four. The families of both men have been seeking some form or closure since this terrible event occurred two weeks ago.”

Hemphill said that no one expects to come out of the gym and get slaughtered.

Addison was a retired U.S. Army veteran who had served his country abroad and now wanted nothing more than to enjoy life with family again in Buffalo, New York where he grew up before enlisting for military service when it became clear that is what needed him most of all at the time – just like so many other veterans have done already!

They are memories that won’t be forgotten, like the time his 3-year old Little Aries learned how to ride a bike for himself.

When it comes down to family time and you’re looking at your child’s face in awe as they take their first steps on two feet or teach themselves some new skill – these moments will always remain strong because not only do we get an opportunity to see where our kids can go but also what kind of human beings they’ll turn into one day!

“I’ll never forget the look on his face when they told us that whoever killed him must have done it for good. They took everything from him – even though he wasn’t there anymore.”

People stopped by this memorial to pay their respects in a variety of ways. Some left pictures and flowers, while others lit candles or dropped off cards with messages on them for the person whose life was taken too soon.

“The world is not an easy place,” one note read simply; another talked about how they were holding onto hope that “something beautiful will come out of all [their] sadness.”

“I knew my dad would be so happy,” Hemphill said. “He always wanted to see me happy and successful.”

“When you’re feeling down or lost in life it’s natural for negative thoughts of self-doubt and insecurity to take over but there is one thing that can pull us through – knowing what makes us human: love; our relationships with others, especially those who have gone before us on this journey called ‘Life’.

Friday evening the family will be gathering at a memorial in Fayetteville to honor Addison. They’ll then head over to Uptown for dinner, where she loved going and had many favorite dishes there too!

Mourning has come early this year with so many children passing away lately-we hope your child’s death won’t join them on that list someday soon? Let’s keep praying!!