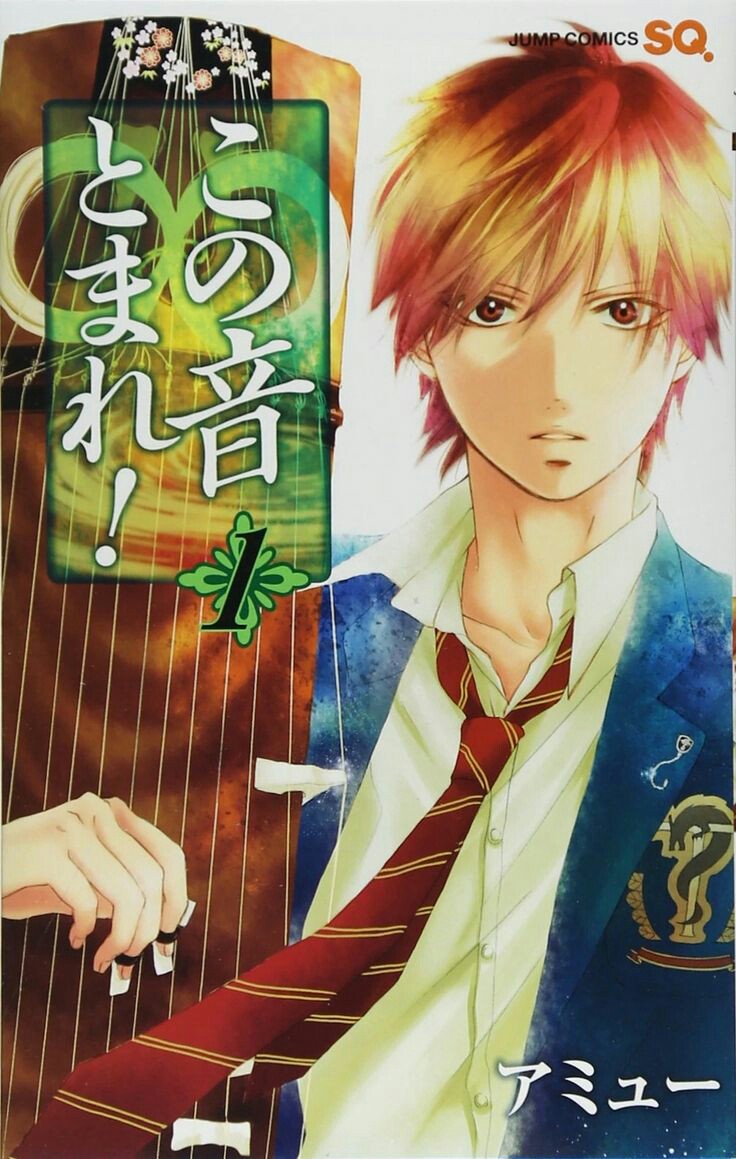 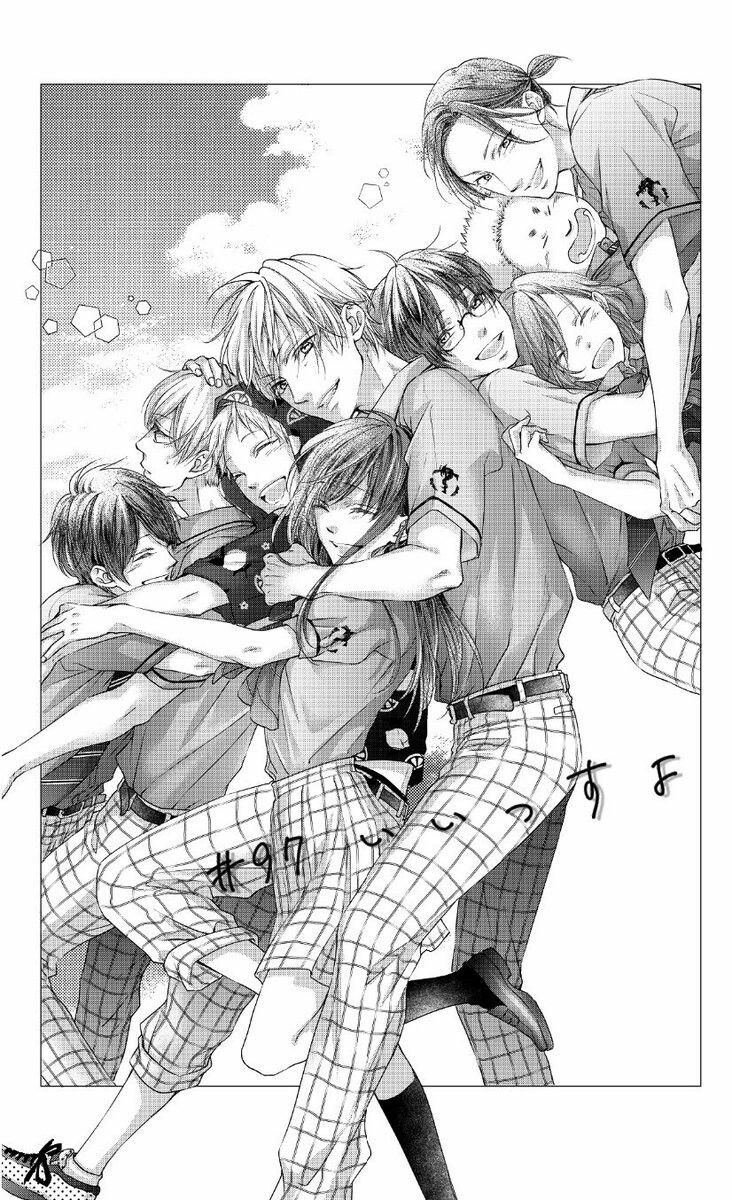 We’ve got everything you need to know about Kono Oto Tomare. Read more to enlighten yourself with more information. 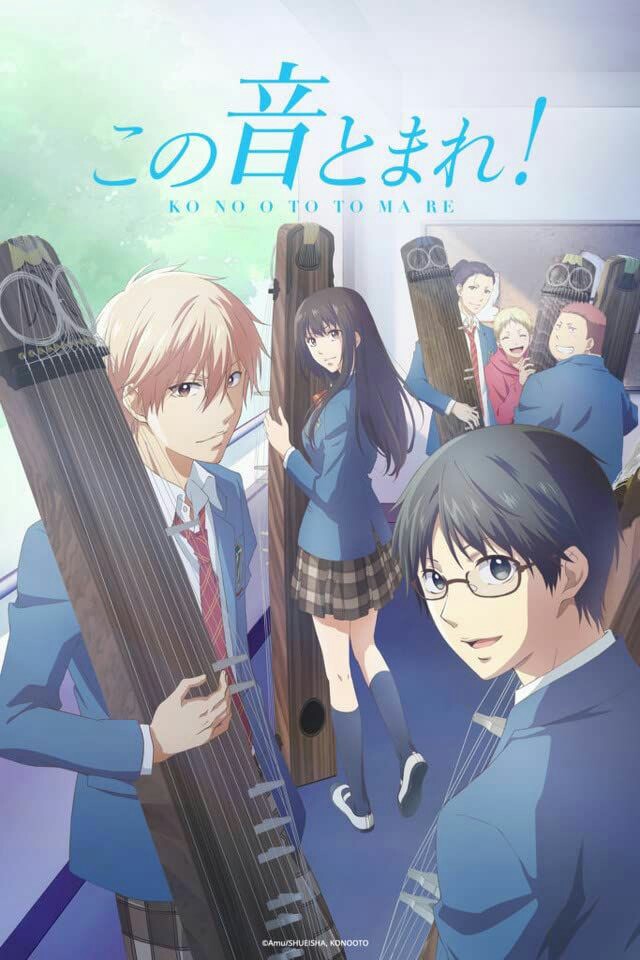 (Spoiler alert!! if you haven’t watched it yet!) Kono Oto Tomare Plot

The story centers around the Koto club of Tokise High School of Kanagawa Prefecture and its members who share the same dream, that is, to reach the Koto National Competition.

All the members of the Koto club, except Takezo Kurata, who’s in his second year, have graduated, making them out (ex-members) of the club. To avoid having the club from being shut down by the school authorities due to the lack of its members, Takezo, who was the only member left, tries his best to have more students join the club.

Chika Kudo, who then had his bad reputation highlighted from the rumor of him destroying his grandfather’s music store, was the first one to submit his application to join the club.

At first, his (Chika Kudo’s) delinquent reputation made Takezo feel a little concerned and uneasy but after learning the truth behind the incident and getting to know the reason behind him joining the club from Kudo’s friend, his (Takezo’s) image about Chika Kudo being changed.

With time, it is found that all of them share the same goal – To play at the Koto National Competition.

Chika Kudo: Kudo (voiced by Yuki Ono) is portrayed to have a bad reputation at first. He did not have many friends before joining the club and had the image of a delinquent. He has a change in his personality from the influence of his grandfather and develops an interest in Koto.

Kudo is a good-hearted human being, who chooses to be very straightforward with his words, however, he has trouble expressing himself and understanding others. He gets shy when thanked by his friends.

Kudo has a natural talent for quick learning. He demonstrated the ability to play something right after watching someone else play it a few times. Though he did not have much idea about Koto before joining the club, it did not take him much time to learn to play because of his ability to learn things quickly.

He makes reaching the level of Satowa, a fellow member of his club who is a genius at playing koto, his goal and also chooses her to be his rival.

Satowa Hozuki: Satowa (voiced by Atsumi Tanezaki) a fellow member, is like the master of the Koto club as she is a genius and already very professional at playing Koto (can play almost any kind of koto) unlike the other members of the club.

Satowa is a hard-working person and likes to understand the meaning of a song before playing it. Satowa is also the type of person who chooses to conceal her feelings rather than reveal them.

In the beginning, she was portrayed to have a condescending and arrogant personality but soon that side of her had chilled down. She helps the other members of the club in their learning. However, she believes that teaching is not her kind of thing. Playing Koto comes very naturally to her and thus she faces difficulty in explaining things and correcting them.

Later on, she was being taught by Doujima and hence her teacher role was toned down.

Satowa tries to reconnect with her mother through her music. Fails at first, but is acknowledged later, and is put back as the heir of the Hozuki group, after her mother watches her perform at the National preliminaries.

Takezo Kurata: Takezo (voiced by Junya Enoki) is a second-year and president of the Koto club. Despite being relatively new to the club he handles his duties pretty well.

At first, he lacked confidence and was stressed from the pressure of being a president however, that side of his personality did not last very long and it did not take him much time to level up to portray a very diligent leader.

Takezo is a serious and very reliable person by nature. After the previous members of the club had graduated, he was the only one left and did his best to protect the club from being shut down.

Hiro Kurusu: Kurusu (voiced by Sara Matsumoto) is also a second-year and is the vice president of the club. She is in the same class as Takezo.

Kurusu wishes to join the Koto club after watching them perform at the morning assembly. Her application is accepted by Tazeko and was soon introduced to the club. She chooses to relieve Tazeko of his heavy burden of being a president and takes the role of being a vice president of the club.

Tatsuki Takaoka: Takaoka (voiced by Yoshimasa Hosoya) is Kudo’s safe place and his closest friend and was the only friend of Kudo before they joined the club.

Takaoka is determined and is smart at his studies, is a good cook and a pretty good fighter as well. Knowing him for a long time, he understands Kudo very well and is the one who assured Takezo, when he was concerned about Kudo, a delinquent, joining the club. When exams approached them. Takaoka would help his club members with their studies

The ones who can’t wait any further for Kono Oto Tomare season 3 to release can read the manga version from chapter 55. (P.S: the manga is still ongoing!)

Will Kono Oto Tomare season 3 air?? The answers depend on a few factors. The IMBD rating of the anime is 8 out of 10. Which is pretty good. However, its popularity score is not very high.

The plot of Kono Oto Tomare season 3 will already be known to manga fans. However, being a music focussed anime, the thrill is better when the music of the series can be heard rather than read!

The manga series has already sold a lot of copies, and the ratings and scores of the past two seasons of the anime are not as bad. With a lot of content left, Kono Oto Tomare season 3, can be expected.

However, the release date of the first two seasons was in the same year 2019. It is 2021 already and no official news about Kono Oto Tomare season 3 has been announced so far!

But to throw a little light to the hope of the fans, the release of Kono oto tomare season 3 might have been delayed due to current circumstances of covid-19.

An official announcement about Kono Oto Tomare Season 3 can be expected to be heard by the end of this year or by the mid of next year, 2022. Where to watch Kono Oto Tomare?

Kono Oto Tomare is available in Crunchyroll and Netflix