Although a short series with just thirteen episodes, viewers who enjoyed the first season of the show crave for Alderamin on the sky season 2! Airing in the year 2016, after the end of the … 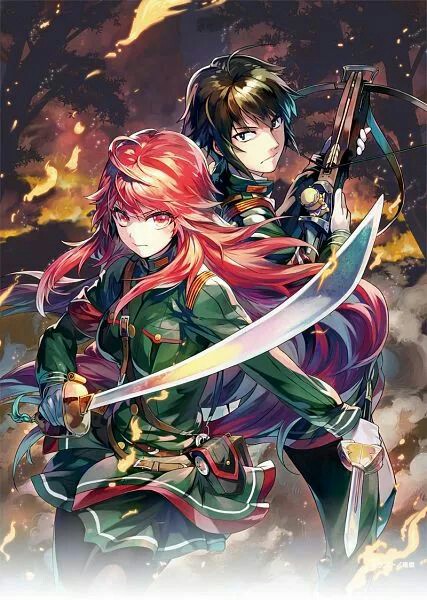 Although a short series with just thirteen episodes, viewers who enjoyed the first season of the show crave for Alderamin on the sky season 2! 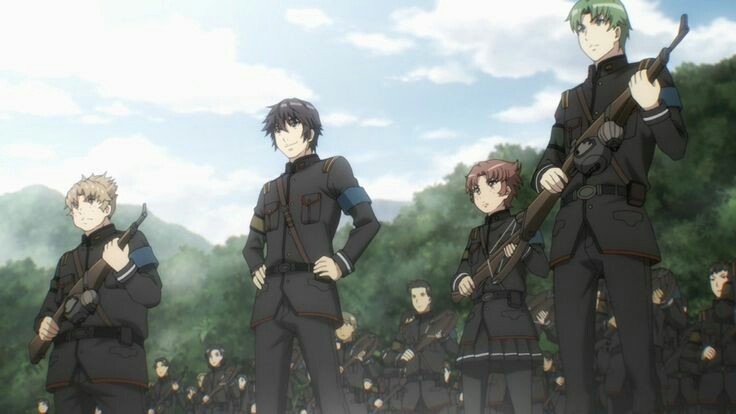 A plot of Alderamin on the sky 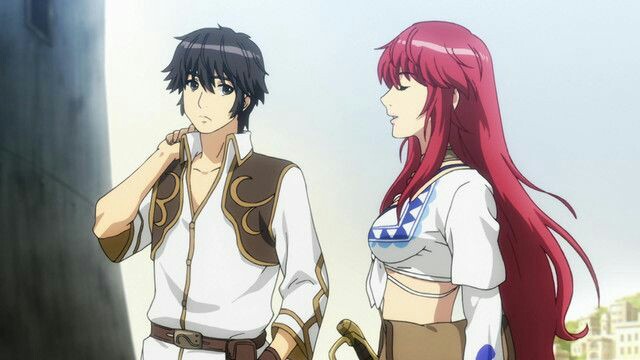 The story revolves around a young man named Ikta Solork. He has dark hair and dark eyes and portrays a person who wishes for an easy life, full of room to be lazy.

Ikta was depicted as a person who, though very intelligent and smart, would worship slothfulness and was portrayed to be a person who despises war (despise war because of his father). The story displays the maturity/growth of Ikta from being a clothes-loving boy living a boring life to a wise young man, living the life of a Military General.

Alderamin on the sky is set on the time of war. Their empire, Katvarna Empire, is sadly not on the winning side against their enemy, the Republic. The story displays an insight into the life of people surrounded by a battlefield.

Though very reluctant about it, Ikta had to write the exam for a High Military General officer (as the current circumstances called for).

Unexpectedly Ikta, who hated war, and would rather stay away from heavy responsibilities and the battleground and would have never liked to have such a dutiful life as such of a Military general, had become one.

He realizes that the world is far from what he had expected and this changes his point of view. Ikta’s life is completely turned upside down. From wishing to have a slothful life, to becoming a military general. Accompanied by his friends, Ikta proves to be a brilliant general and has his platoon follow him and look up to him.

As a general, Ikta prefers to choose a method that would leave him a lot of time to be lazy. He believes that a plan which involves a lot of time for slothfulness is a ‘scientific’ plan and looks for the most convenient way out. He is a smart war strategist but is not as great in his combat skills.

Yatorishino Igsem has been Ikta’s companion for a long time. She belongs to a family which was entitled to protect the Kingdom and was trained ever since she was a child. She has red hair and portrays a strong and responsible character, who would straighten up Ikta whenever necessary. She feels a strong sense of compassion and faithfulness for her kingdom and is very devoted to her duties.

Kitra Katvarnmaninik is a princess, belonging to the royal family of Ikta’s kingdom. Third of her siblings, she was joined by Ikta and his company. She believes that Ikta only displays being lazy to hide his intelligence. She looks upto Ikta.

She hates the state her Kingdom was currently at but has twisted thinking of destroying the whole country so that she can rebuild it again and start everything over.

She believes that, unlike Ikta, there are not many people who are intelligent enough to understand the depth of her motive and would not join her, even if what she was planning to do was for the better (or so what she thought) For her plan, she believes that Ikta is on her side.

Norway Remi belongs to the renowned Remi on the family. He meets Ikta on the ship while heading for the military officer’s exam. He is very talented and. professional in using guns. He has a thing for naming people, which Ikta is not very fond of. Though very good at hitting targets, he cannot aim well, when his targets are close.

Matthew Tetdrich is of a noble family. Though noble, his family is not very recognized as they ought to be and thus he wishes to have people recognize his family. He believes that Igsem and Remi, who belong to renowned families, are his rivals. He likes to play chess to enhance his growth.

Is there enough content for Alderamin on the sky season 2?

The novel series has a list of 14 volumes, from June 2012 to August 2018. The anime adaptation had only one season with only thirteen episodes. The anime adaptation covered the first three volumes of the novel which implies that there are enough source materials for Alderamin on the sky season 2!

(If anyone wishes to read the light novel series and no longer wait for Alderamin on the sky season 2, and are craving to know what happens next after the thirteenth episode, it is suggested that they start from where the anime ended, volume 3)

Will there be Alderamin On the Sky Season 2?

With enough source materials and an IMBD rating of 7.5 out of 10, will they renew the anime or not, This is a question wondered by many.

The anime had aired and ended in the same year 2016, and they have a rating that is little more than average. The viewers who have watched the series, still look forward to a new season, despite having no official statement.

Moment of truth…..as informed in Crunchyroll, there will be no Alderamin on the sky season 2. (Sorry to disappoint)

Well, nothing can be guaranteed though, as no official statement about the Alderamin on the sky season 2 being canceled is declared either.

Anime addicts are accustomed to having a series return after years, maybe Alderamin on the sky season 2 is one of them? Putting all theories aside, we believe that the anime and its fans deserve a second season, but what we can do is only hope for the best.

Where to watch Alderamin in the sky?

Alderamin on the sky can be watched at Funimation, Crunchyroll, or gogoanime.

When is the release date of Alderamin on the sky season 2?

No official announcement has been made yet. It is rumored that the anime has ended and won’t be returning.