If Loving You Is Wrong Season 5 Has Been Renewed? Confirmed? Has It Been Released, Get All Exciting Details About The Plot| Cast| Trailer| Reviews and Everything!!

If Loving You Is Wrong is an American television opera created, directed, and produced by the widely known Tyler Perry. He is famous for his hit movies and television dramas like Why Did I Get … 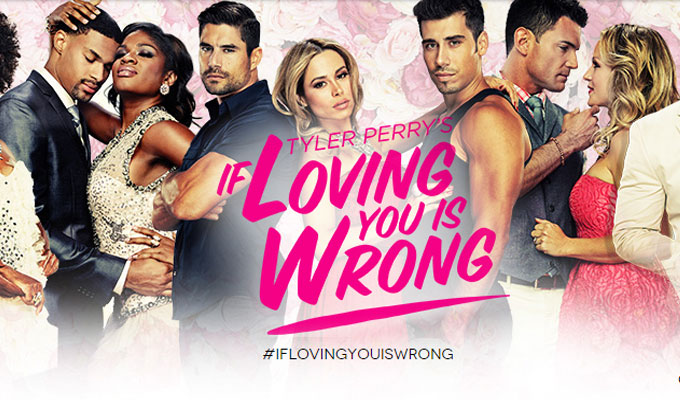 If Loving You Is Wrong is an American television opera created, directed, and produced by the widely known Tyler Perry. He is famous for his hit movies and television dramas like Why Did I Get Married, The Single Mom’s Club, The Haves and The Have Nots, and so on.

IF LOVING YOU IS WRONG -PLOT

If Loving You Is Wrong basically revolves around the not-so-easy lives of five married couples who live in the same neighborhood-Castillo Lane. It beautifully portrays the ups and downs that they face in the relationship and its consequences.

It is safe to say that this show is women-centric as it focuses on their needs and how they want their life to be different from the usual framework. If Loving You Is Wrong’s main cast includes Amanda Clayton, Zulay Henao, Edwina Findley, Heather Hemmens, and April Parker Jones.

The five lady leads thrive in their own ways to find love amid their complicated lives. If Loving You Is Wrong is inspired by Tayler Perry’s 2014 film The Single Moms Club. In fact, Zulay Henao is seen reprising her role in that movie as Esperanza even though her character and the storyline were modified according to the show.

The show starts with a housewife Alex Montgomery who is married to her husband Brad and has two children. Things change for her when she is caught having an affair with Randall, her neighbor who is married to Marcie. She then plans on having a revenge affair with Brad, gets pregnant but it is not clear until season 4 whose child it is. She is confused about whether it’s Brad or Randall. A lot of confusion, revenge, and emotions take place among these four throughout the show.

Then next is a single mother Kelly Isaacs with her son Justice. A guy named Travis constantly hits on her to date her despite being engaged to someone else. However, her life goes downhill after becoming a suspect in the murder of Ramsey, her lover. After being arrested for another crime she suffers from trauma and does unimaginable things. Esperanza Willis is another lead woman who has a daughter named Mika. Her life follows the tale of jealousy and love. Things get complex when her dating Julius doesn’t sit well with her ex-boyfriend Edward.

Last but not least is a hard-working mother named Natalie Hennings with four children. She is engaged to a police officer at the Maxine Police Department called Lushion and the father of their son Frank. She struggles to work at Burger Fast to raise her children and that’s when Lushion steps up to contribute. She finds it hard to decide whether to let her fourth son Joey back into their lives once he is released from prison.

The series was officially announced on January 9, 2014. Tyler Perry first signed a contract with Oprah Winfrey Network(OWN) in 2012 to provide content for the network and ever since If Loving You Is Wrong’s premiere was the highest ever rated in the television history of OWN topping The Haves and Have Nots. All the seasons of the show with a total of 79 episodes are available on Hulu.

IF LOVING YOU IS WRONG SEASON 5?

It is one of the most loved shows on the Oprah Winfrey Network or American Television for that matter. Sadly, OWN already announced If Loving You Is Wrong Season 5 is the final season and the show has ended. There will be no season 6.

FAQS ABOUT IF LOVING YOU IS WRONG SEASON 5:

Will If Loving You Is Wrong Season 5 be returning in 2020?

If Loving You Is Wrong has been renewed for a fifth and final season which will debut March 31, 2020.

Is Season 5 the last season of If Loving You Is Wrong?

It was confirmed by OWN in early 2020 that If Loving You Is Wrong Season 5 would be the last, and the series finale aired in June.

How do you watch If Loving You Is Wrong without cable?

Yes, YouTube TV carries Tyler Perry’s If Loving You Is Wrong on OWN as part of their YouTube TV package for $64.99 / month.
Read more articles about:

Santa Clarita Diet Season 4 Release Date Cast, Plot, And Other Details! Is It Canceled Or Renewed?

Is Altered Carbon Season 3 cancelled Coming in 2021? Get Exciting Details About This Cyberpunk Drama, the Plot| Cast| Trailer and Everything You Need to Know!!!