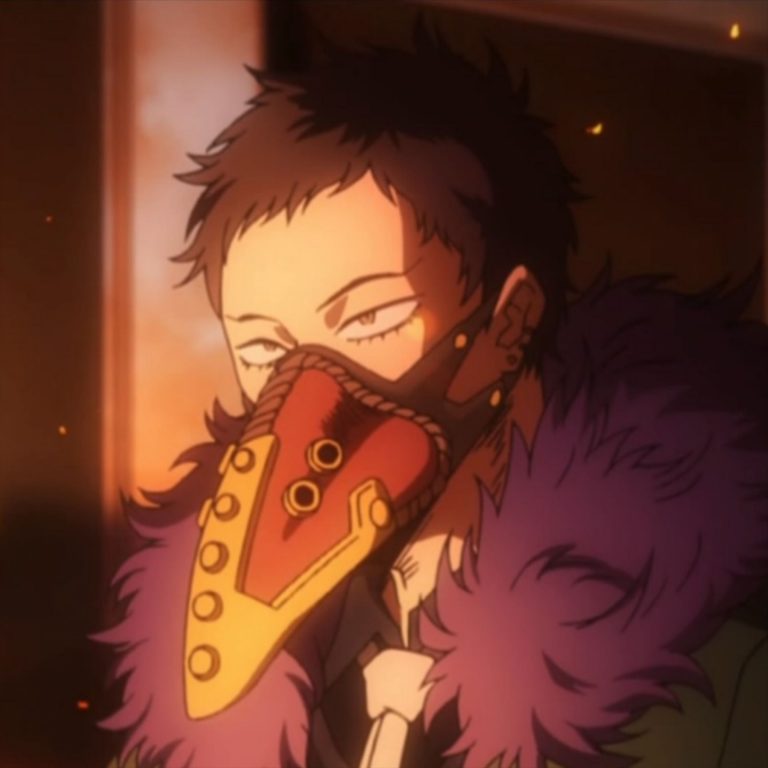 Overhaul Quirk: My Hero Academia starts with Izuku Midoriya who is surrounded by superheroes. The superheroes have Quirks, the special powers. Somewhere, deep down he also wished to be one of them. His favorite was the All Might. Unfortunately, he didn’t have any superpower and belonged to the quirkless section of society.

However, he was lucky enough to meet All Might and get his powers in inheritance as he knew that Izuku had the potential to be a superhero. Izuku was happy to get the quirks and joined UA School for Heroes. He starts his journey of being amongst the best superheroes.

Overhaul Quirk: Overhaul can be seen in ‘My Hero Academia’ which is one of the popular anime series with 4 seasons. A new character could be seen at the end of Season 3 called Kai Chisaki aka Overhaul. The entry of this character made the series much more fascinating. Kai Chisaki had a terrific entry and made the viewers curious about the story to be continued in Season 4 of ‘My Hero Academia.’

Kai Chisaki is the villain who is in opposition with the fan’s favorite heroes in the anime. Overhaul’s quirk made the buzz and made the character’s existence memorable. So, what is Overhaul’s quirk? What made him a strong opponent in front of the heroes? What marks his presence? You will get the answers in this article.

Overhaul Quirk: His power lies in his sense of touch. The thing he touches can break into fragments or get back to the original at a molecular level. Overhaul quirk surely sounds terrific and strong. The power is basically disassembling and assembling.

The condition of this power is that it can only be used when he touches with his bare hands and not wearing a glove or anything. He can target following this condition and disassemble his enemy.

Overhaul’s quirk is powerful and unbeatable. The victim can’t find any way out of it. Kai also used fusion which turned out to be successful as he was able to create a new form of substance using two different fragments.

Overhaul quirk is not one ticket disaster as the substance can be assembled back. He can also use it for good purposes like healing himself and others. He does not always use them for a good cause but possesses the potential.

Overhaul Quirk: Chisaki has a mandatory plague mask to be safe from the germs and dirt on his body. He doesn’t like unhygienic conditions and hates touch which is absolutely ironical to his quirk. His quirk is based on touch.

He has a great obsession with clean conditions and likes hygienic conditions. He is also conscious about breathing the same air as other human being. His masks help him with this issue as it has a filter for air.

BEST PLACE TO LIVE IN COLORADO: WHICH IS THE BEST CITY? POPULATION | HOUSING | CULTURE

Overhaul Quirk: The quirk is quite powerful as it works both on living and non-living beings. He can easily break anything possible on the planet into molecules with his touch. His touch is his greatest strength due to the power which can tear down anything.

Overhaul Quirk: Chisaki can tear down anything as mentioned above with only his touch with bare hands. He has used his powers over a lot of substances. He utilizes his power in the wrong manner many times. His powers can also do good to which he barely uses.

He has also found the best use of his quirk by covering tracks that are considered life-saving for him as he can make the trail disappear. He also reassembles the target to clear the record. The limitation is that the power cannot be transferred. The power is local to him and only dependent on Kai Chisaki’s touch.

However, his quirk isn’t the only strength that he possesses. He has a great ranking in ambition, intelligence, technique, and speed. His powers carry the most grades.

Overhaul Quirk: Overhaul’s opponents surely have a hard time facing his powers and avoiding getting close to him. Despite his terrific powers he can be defeated as we know there’s always a way throughout the one with the power.

The power of Overhaul is purely dependent on his ability. His powers only lie in his hands which when removed leave him powerless. Tomura Shigarakai successfully defeated Overhaul as his arms were destroyed.

Overhaul Quirk: No, Deku cannot defeat Overhaul with his existing powers. This is very well witnessed in the fight of the Shie Hassaikai raid. However, he can defeat with the alliance of some other superhero’s quirk. He can’t do it by himself.

Is Overhaul a villain?

Overhaul Quirk: Overhaul might use his powers for wrong things but nothing can come in his way of loyalty to Shie Hassaikai. He believes that it’s his duty to pay back to Yakuza as he brought him from the streets when he was young. They both are concerned for one another.

Overhaul admitted that quirks are the reason for the state of the society and say if they weren’t there it could have avoided a lot of problems. His upbringing has shaped him into what he is today. He doesn’t value human life because of the same reason.

Q: What is Overhaul Quirk?

A:  He can disassemble as well as assemble anything he touches.

Q: What is Overhaul’s real name?

Q: Overhaul appears in which season of My Hero Academia?

I hope this was helpful. That’s all about Overhaul Quirk. Stay tuned to know more about your favorite anime characters!!!