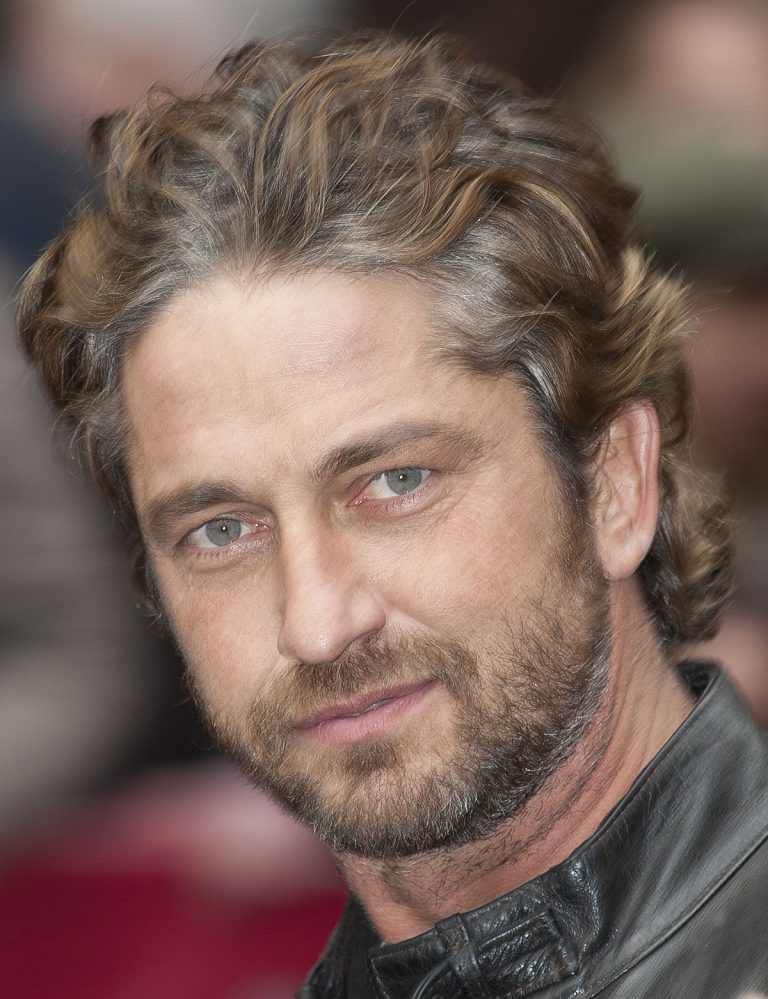 Is Gerard Butler married: A famous Scottish actor popularly known for his role in fantasy war film was born on 13th November 1969. He studied at the University of Glasgow School of Law. Initially, he started his career in acting in minor roles in the 1990s. In 2000, he appeared in the movie Dracula. He was also seen with Christian Bale in Reign of Fire and then with Angelia Jolie in Lara Croft: Tomb Raider. Gerard Butler, in the year 2010 played the role of Mike Banning who was a special agent in Has Fallen series. The fans are curious to know about Gerard Butler marital status.

So, is Gerard Butler married? Whom did he date in his early life? Read the article till the end to know Is he married?

Gerard Butler and Morgan Brown had a separation after a period of seven years. Their relationship was revealed in the year 2014 when they were together on a date in Malibu. However, they broke up after two years. He said in 2017, “In five years I want to be in a relationship, I’d love to have one or two kids – it’s about time.” Fortunately, the couple got back together in some time but again split in 2020. A source said that it was all Butler’s fault behind the reason for their separation. It said that Butler couldn’t commit to his relationship.

There were several rumours about his’s relationship. He was linked to Jennifer Aniston with whom he worked in ‘The Bounty Hunter.’ However, the rumour was true, the couple actually dated. They were together for a year. Both of them are still friends. Later on, Jennifer married Justin Theroux which also ended after two years. Butler really supported her in the hard times as being a great friend. Butler was linked to many of his co-stars who are immensely popular for their performance including Rosario Dawson, Ashley Greene, Jessica Biel, Cameron Diaz and Naomi Campbell.

A source revealed, “They walked up to the balcony area to look at the sunset. He had one arm around her waist and the other on the small of her back. She kept giggling and touching his chest to whisper in his ear. They obviously had a good night.” There were also rumours about him and Lindsey Lohan. They were seen kissing by the public. Also, Lindsey once stated, “He’s hot, he’s mine!” and added, “I’ve got no ring on my finger so I’m going to have lots of fun. This is the most romantic place in the world.”

When Gerard arrived on ‘Watch What Happens Live with Andy Cohen’ he revealed his love life when asked upon. He told about his fling with Brandi Glanville and his lack of knowledge that worked on ‘The Real Housewives of Beverly Hills.’ He said, “Anyway, we hung out, we had fun, and then I never saw her again. Suddenly, I was walking down the street with a director and these guys from TMZ go, ‘Hey, what about you and Brandi Glanville?’ And I’m like, ‘Who’s Brandi Glanville?’ because I didn’t even know her last name, she got pretty upset.”

Brandi responded to the situation in the least expected way through a blog ‘Bicoastal Beauty Unfiltered.’ She gave a response to Butler by the encouragement of The Time’s Up movement. She also confirmed that there was no sexual affair between the two. She didn’t like the way Butler addressed their fling.

She said, “Respect the women you invite into your bed and your life. Whether you know their last name or not! Whether they are famous or not! Just a proper human being. I may not have been sexually harassed but I have been humiliated, embarrassed, financially tortured and emotionally abused by men in power, in my work life and by men like you in my personal life.”

What reason does Butler give to his uncertainties in the relationship?

He confessed that he has crossed paths with some of the amazing women but failed to keep an everlasting relationship. He said that his busy career is the one creating obstacle in his personal life. He said, “It’s harder to be in a relationship in this industry. It’s partly my own fault, and partly the nature of the beast. It’s hard when you are leaving all the time. I am in Australia for two months. Who wants to put up with that? But who says life has to be just one relationship? Maybe it’s meant to have many short relationships.”

DOGECOIN RISES BY 20%; IS THIS THE RIGHT TIME TO INVEST? HOW TO BUY?

He has faced many hardships looking out for the perfect partner. His relationships didn’t go well and ended up sooner. The actor said, ‘I have not met the one princess yet. That doesn’t mean I have not met a lot of princesses along the way, but not the only yet’.

He has been working for the Gods of Egypt recently in Australia. He said that he has a lot of work pressure to deal with. ‘It’s harder to be in a relationship in this industry. It’s partly my own fault, and partly the nature of the beast. ‘It’s hard when you are leaving all the time. I’m now in Australia for two months. Who wants to put up with that?’

Is Gerard Butler married: Yes, he is finally married to Toula Sidiropoulou. However, they don’t have any kids.

Q: Who is Butler’s wife?

Q: What is the age of Gerard Butler?

I hope this was helpful. That’s all about Is He married?  Stay tuned to know more about the celebrities!!!