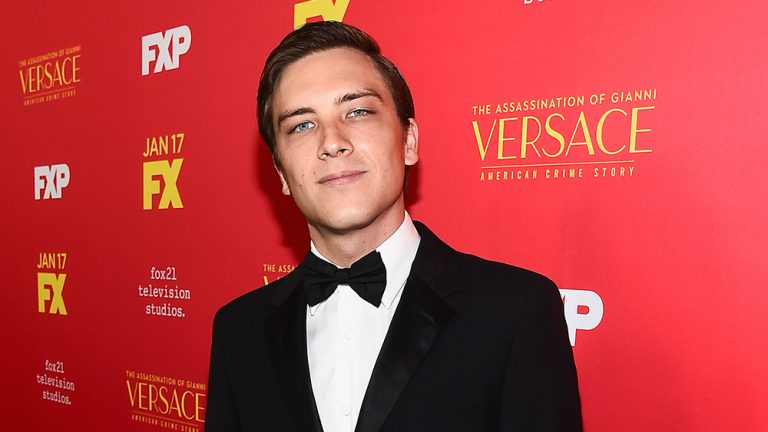 Cody Fern, an Australian actor, is one of those few actors in the industry who is a firm believer that fashion has no gender. He has made numerous public appearances dawning gender-neutral dresses and was one of the first to rock men’s heels. He has been the talk of the town for his bold beauty choices. Cody has been in the headlines a lot lately because of rumors of his sexuality. Is he gay? Does he have a boyfriend? First, let’s see who is Cody Fern. Stay tuned to the article to know more.

WHO IS CODY FERN?

Cody Fern is an Australian actor and director, born on July 6, 1988, in Southern Cross, Western Australia. He did his schooling at Merredin Senior High School and completed his graduation in 2009 from Curtin University of Technology with a degree in Commerce.

After his studies, Cody Fern started working in the finance sector but he was not at all happy with it. He hated his life back then and he wanted to do something which made him happy. It is after watching Elizebeth and Elizebeth: The Golden Age that he discovered his interest in acting.

He left his job and moved to Los Angeles from Australia to set his acting career. Cody began by playing the lead role of Albert in the critically acclaimed National Theatre of Great Britain’s production War Horse. He then took the part of Romeo in Shakespeare WA’s production Romeo and Juliet in 2001, Lindsay in the Black Swan Theatre Company’s Jandamarra, and the Earl of Southampton in the world premiere production of The Enchanters at the State Theatre of Western Australia.

He was extremely happy to follow his passion and finally be able to do what he wants and not something he was not meant to do. In an interview, Cody stated that he wants to try more opportunities in this field and he is not planning to leave Los Angeles anytime soon.

Cody also did many short films, one of which was the Western Australian Screen Award-winning film Still Take You Home(2010) and The Last Time I Saw Richard in 2014. Cody Fern received the annual Heath Ledger Scholarship by Australians in Film.

This scholarship is meant to provide financial as well as professional support to Australian actors in the form of cash and a chance to learn from Los Angeles’ Stella Adler Academy of Acting and Theatre and mentorship from Heath Ledger’s father.

He got to train with well-known acting coaches including Susan Batson, Ellen Burstyn, and Larry Moss.

His full-fledged acting started when he starred as Jim Mason in The Tribes of Palos Verdes and wrote, directed, and starred in the short film Pisces opposite Keir Gilchrist in 2017. Finally, in 2018, Cody Fern debuted in the television industry as David Mason in the series The Assassination of Gianni Versace:

American Crime Story for which he won the Golden Derby TV Award for Limited Series Supporting Actor. Then he worked in several television shows like House of Cards as Duncan Shepherd and American Horror Story: 1984 as Xavier Plympton. His net worth is approximately $500,000.

ARE THE RUMORS ABOUT CODY FERN’S SEXUALITY TRUE?

People often relate one’s sexuality to their way of dressing. Cody Fern is quite a fashionista who does not shy away from wearing bold feminine clothes. His Golden Globes red carpet look and Met Gala caught the eyes of a lot of audiences and he has received both critics and appreciation. In fact, Cody was named Hollywood’s Fenderfuck Rebel by GQ Style Magazine in 2019 because of his flawless fashion sense.

But as he does not let his clothing depend much on his gender, it is difficult to make any concrete judgments about his sexuality just by his clothing.

However, Cody Fern was said to be dating social media star, Eric Smith. This speculation started after Cody posted their first picture together in 2017 on Instagram. Though he never publically came out as gay nor did he hide his relationship with Eric and happily flaunts it. They are often seen hanging out together, going on vacations, and upload adorable pictures on social media.

So even if they have not officially announced anything about them dating each other, at least it seems as if they are. Their fans are very happy to see their cute photos. Whatever it is, nothing is confirmed about his sexuality and his relationship until he says so. For now, they are both unbothered by all these speculations.

Did you like the article? Do let us know in the comments!

Who does Cody Fern play in AHS 1984?
Xavier Plympton
He portrayed the Anti-Christ, Michael Langdon, in the eighth season of American Horror Story, subtitled Apocalypse. The following year, Fern returned for another major role, as Xavier Plympton, in 1984.
Does Cody Fern live in the US?
Cody Fern is an Australian actor best known for playing the role of David Madson in the series, The Assassination of Gianni Versace: American Crime Story. … This piece will look at Cody’s career switch, his move from Australia to America, and his sexuality.
What is Cody Fern worth?
Cody Fern has an estimated net worth of $500,000.
Read more articles like:

Why did PewDiePie delete his Twitter account? What is the Net Worth of PewDiePie?Get to know everything about PhewDiePie here.